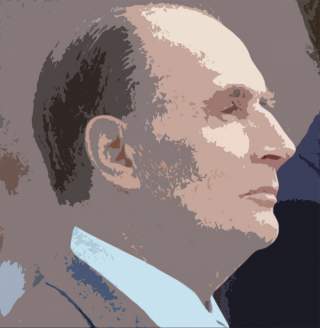 SOME OF the greatest historical coups de théâtre have been staged by actors playing against type. The most obvious American example would be hard-line anti-Communist Richard Nixon’s dramatic opening to Chairman Mao’s China. No less dramatic—though of considerably less international importance—was the election of François Mitterrand as the first socialist president of the French Fifth Republic nearly a decade later.

In both public and private life, François Mitterrand was a man of quirks and contradictions, sometimes verging on the absurd. He was the second most important French leader of the twentieth century, outpaced only by Charles de Gaulle. De Gaulle resurrected France twice, first from the ravages of the Nazi occupation and then from the political paralysis of the Fourth Republic. At the height of his influence he did more than lead France; he embodied it. François Mitterrand’s achievement was different. He successfully led the French Left to power for the first time since de Gaulle’s rule and then proceeded to govern in much the same fashion as Le Grand Charles himself. As an imperial president, Mitterrand reduced the French Communist Party—which he had run in coalition with—to an insignificant force in French politics, and twice governed in conjunction with conservative prime ministers and legislatures in an arrangement the French referred to as a state of political “cohabitation.”

While the comparison would have irked him, Mitterrand played a transitional role in French politics similar to that of Harold Wilson in British politics a generation earlier—a temperamentally moderate, socially middle-class leader of a political faction traditionally dominated by militant trade unionists and radical members of the intelligentsia. Neither man is remembered for towering individual achievements, but both avoided class warfare at home while remaining staunch members of the Western alliance. And neither ultimately drove his country leftward. Harold Wilson, like Tory prime ministers before him, was a steadfast advocate of the “special relationship” between Britain and the United States, even on Vietnam, despite rumbles on the left of his Labour Party.

In the case of Mitterrand, this meant crucial, and rather courageous, support for the deployment of Pershing missiles—the so-called Euromissiles—as a deterrent to Soviet aggression against nonnuclear NATO allies such as West Germany. The occasion was an address to the Bundestag in Bonn in 1983 on the twentieth anniversary of the Franco-German friendship treaty initiated by Charles de Gaulle and Konrad Adenauer. The speech Mitterrand was to give had gone through numerous wishy-washy drafts before he sat down at a typewriter and put it into his own words:

A simple idea governs French thinking: war must remain impossible and those who are tempted by it must be deterred. [It is] our conviction that nuclear weapons, as the instrument of deterrence, are, whether one likes it or not, the guarantee of peace from the moment that there is a balance of forces . . . The maintenance of this balance requires that no region of Europe be left defenceless against nuclear weapons directed specifically against it. Anyone who gambles on “decoupling” the European and American continents would, in our view, be calling into question . . . the maintenance of peace. I think—and I say—that this “decoupling” is a danger in itself, . . . a danger which weighs particularly on those European countries which do not possess nuclear arms.

As British author and journalist Philip Short remarks in his exhaustively researched new biography of Mitterrand, certainly the most comprehensive one in the English language, the much-revised speech “turned out to be worth waiting for”:

Decades later, it is difficult to appreciate the impact of those few sentences. Mitterrand’s argument was that the pacifists, by seeking to leave Europe defenceless, were inviting a new war in which non-nuclear powers like West Germany would find themselves in the front line. Later that year he would encapsulate the thought in an aphorism: “Pacifism . . . is in the West, the missiles are in the East.” The speech was a game-changer. . . . Mitterrand’s backing comforted [West Germany’s] Christian Democrats in their support of deployment and helped [Helmut] Kohl to victory in the parliamentary elections which were held two months later. The Americans, after drawing a deep breath, applauded. Henry Kissinger telephoned to say he had found the speech “quite remarkable.” Reagan, declaring that Mitterrand’s remarks were “of inestimable value,” thanked him for “strengthening the Alliance at a time when the European countries have to admit their . . . anxiety before the pressure of public opinion.”

To men like Henry Kissinger and Ronald Reagan, it all came as a pleasant surprise; the first socialist president of the French Fifth Republic had proved a more stalwart supporter of the Atlantic alliance than some of his conservative predecessors. But, then, for friends and foes alike, François Mitterrand had always been a puzzle. Far from being an authentic man of the people or a politician with a consistent ideological commitment to socialism, he had begun life as a child of a conservative, affluent bourgeois family with deep Catholic and monarchist roots. An early dabbler in far-right politics between the world wars, a fledgling journalist of flexible convictions on the eve of World War II, a minor functionary in the Vichy regime headed by the elderly Marshal Petain after France’s humiliating defeat by Hitler, a late-in-the-day member of the French resistance as the fortunes of war began to shift—the only consistent thing about the young François Mitterrand was his unflagging ambition and his unshakeable belief in a personal destiny.

Though an indifferent student—he was held back a year while working for his baccalaureate—he proved a quick study with a clever, wide-ranging mind and a voracious appetite for history, literature and, in later life, women other than his wife. Although he would denounce the “Republican Monarchy” of Charles de Gaulle’s Fifth Republic, no one enjoyed the pomp, power and perquisites of high office more than François Mitterrand. He liked to think of himself as a refined, cultivated man of the world in a field dominated by vulgar mediocrities. To a considerable extent, he was. The personal physician who came to know him well in later life once described Mitterrand as a combination of “Machiavelli, Don Corleone, Casanova and the Little Prince.”

MORE THAN anything else, however, he was a twentieth-century reincarnation of Monsieur Jourdain, the titular Bourgeois Gentilhomme of Molière’s celebrated seventeenth-century comedy, a man intent on assuming the airs and graces of a true grand seigneur. But unlike Monsieur Jourdain, who fails laughably in the attempt, Mitterrand mastered the pose he aspired to. As Short points out:

Not least of the ironies of Mitterrand’s rule was that, having in opposition denounced the institutions of the Fifth Republic as a “permanent coup d’état,” and the manner in which de Gaulle utilised them as an abuse of personal power, he found, once in office himself, that they fitted him like a glove, and in the decade and a half he was President opposed any attempt to change them. They gave him greater powers over his own country than any other Western leader and, like his august predecessor, he used them to the full.

Those of us who accompanied President Reagan on his European trip in June 1982 witnessed this firsthand. The rather musty solemnities of an address to the House of Lords in London, a drowsy visit with Pope John Paul II in the gilded but cramped Vatican and the small-town, Rhenish charm of Bonn all were as nothing compared to the son et lumiére spectacle presided over by Mitterrand at Versailles. Even his presidential news conference, complete with liveried flunkies whose white gloves held the microphones pointed at the press corps, was more evocative of French royalty than French republicanism, and he obviously enjoyed every moment of it.

But there was more than stagecraft to Mitterrand’s mastery of his role. From time to time, he managed to come up with a witty put-down or bon mot that would have passed muster in the court of the Sun King himself. For instance, there is his description of Margaret Thatcher, whom he found impressive as a politician and fascinating as a woman. The Iron Maiden, he said, had “the eyes of Caligula and the mouth of Marilyn Monroe.” Or consider his thumbnail portrait of General Henri Giraud, whom he initially supported and then abandoned as an alternative to Charles de Gaulle as French leader-in-exile during the German occupation: “He had a justified reputation as a magnificent warrior . . . but once you took away the heroic images . . . his falsetto voice and tapering moustache, which seemed to be stuck on with glue, gave him the quaint, almost unreal, look of a soldier out of an illustrated magazine from before 1914.”

Nearly half a century later, Mitterrand still had the touch. Witness his deft riposte to the elder President Bush’s rather rambling thoughts on the post–Cold War role of NATO during a meeting at Key Largo in April 1990: