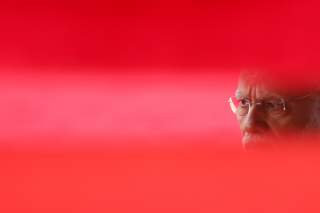 During his 2014 campaign, Narendra Modi promised jobs, development, and growth. Hopeful Indians handed the BJP India’s first single-party parliamentary majority in three decades and a mandate for reform. Yet four years later, with another election approaching, these promises remain largely unfulfilled. The BJP can no longer run as the party of economic opportunity and is becoming increasingly populist and nativist as a result.

Since Modi’s 2014 election, favorable conditions should have helped him make good on promises of “good days.” The BJP has held a single-party parliamentary majority for the four years following the election. The price of oil has been around 60 percent of what it was four years ago, and Modi’s successful investment pitch brought foreign direct investment (FDI) in record levels, with net inflows in 2015 and 2016 surpassing $40 billion a year.

Yet despite these positive economic conditions, the government failed to legislate reforms and returned to the poor policymaking and populism of its predecessors. In 2016, it scrapped various currency denominations, causing an economic crisis. In 2017, it sloppily implemented one of the world’s highest and most complex goods and services taxes which cost jobs and slowed the economy. And in the same populist tradition as prime ministers before him, Modi promised free cooking gas, water, electricity, and toilets. Lastly, in 2018, the prime minister announced “Modicare,” providing free healthcare to five hundred million Indians without allocating the necessary funds.

According to World Bank estimates, India’s 7 percent or so annual economic growth since 2014 is insufficient to generate the more than eight million jobs necessary each year to accommodate the bulging youth population. This requires bold policymaking, yet plans for long pending land and labor reforms, as well as the privatization of loss-making state-owned firms and banks, remain glaringly incomplete.

With Modi and the BJP thus unable to run on an economic platform, they instead emphasize Hindu nationalism, the party’s traditional ideology that sees India as an inherently Hindu country rather than as a secular one. The BJP largely eschewed this in 2014, as Modi’s failure to stop the 2002 anti-Muslim riots in his home state of Gujarat was still fresh in the collective memory. Since 2014, though, Indian politicians have normalized hardline Hindu nationalism through draconian cow protection laws, the renaming of cities with Muslim names, and the appointment of extremist Hindu nationalists to powerful positions.

These shifting priorities explain Modi’s 2017 appointment of a firebrand Hindu monk, Yogi Adityanath, as chief minister of India’s most populous state. Adityanath has claimed that Hindus are “preparing for religious war” and has called Muslims “a crop of two-legged animals that has to be stopped.”

Nativism was also the strategy in recent state elections, during which Adityanath visited four states and held dozens of rallies as the BJP’s chief campaigner. The BJP deployed a former chief minister charged with inciting sectarian mob violence to campaign in the state of Madhya Pradesh. In Rajasthan, another key northern state, Modi campaigned with a legislator who has defended the lynching of cow slaughterers. In Telangana in the South, the BJP put forward a strident Hindu-nationalist in the Adityanath-mold as a potential chief ministerial candidate.

Despite losing in all these states, the BJP is poised to double down on its strategy. The BJP has a tendency to construe failures as a product of too little Hindu nationalism, instead of too much. It depends on volunteers from its nativist parent organization, the Rashtriya Swayamsevak Sangh (RSS), to mobilize voters and is likely to intensify its Hindu nationalist agenda and rely on polarization instead of policy.

Emboldened Hindu nationalists are fueling Muslim extremism by threatening to revoke Article 370 of the constitution, which gives Kashmir and its Muslim-majority special status. They are also pushing to build the Ram Temple in Ayodhya, where in 1992, Hindu extremists destroyed a mosque built on the alleged birthplace of the god Ram, igniting sectarian riots that left thousands dead.

Economically, Hindu nationalists are threatening gains made since liberalization began in 1991. Nativist economists preach self-reliance and oppose FDI and privatization of state-owned firms. Many reject capitalism as “foreign,” support high tariffs to protect domestic industries, and shun foreign-educated experts. Last month, India’s central bank governor resigned after clashing with nativists; he is the second consecutive bank governor to do so. Because the BJP does depend on business for funding and growth for votes, Modi has ignored nativists in his quest for foreign investment. But an unchecked Hindu-nationalist government in pursuit of a full-blown nativist agenda may irreparably damage India’s economy.

These developments give reason to worry about the India that Modi is shaping. While it seems that Modi will remain prime minister after the spring elections, the BJP will likely win fewer seats and govern through a coalition. This may moderate the party. On the other hand, the past four years have dispelled the notion of Modi as a reformer, and he may play to his base. If this happens, India will suffer for it.

Max Frost is a researcher in South Asia studies at the American Enterprise Institute.