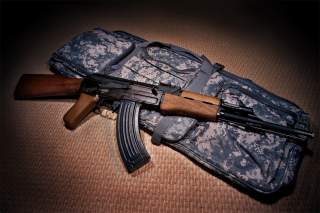 The deadly terrorist attack at Ataturk International Airport in Istanbul, Turkey, comes as the Islamic holy month of Ramadan comes to a close. Just over a month ago, ISIS issued a message to adherents. The audio message released on Twitter stated:

Ramadan is coming, the month of attacks and jihad, the month of conquest so be prepared and be on alert, and make sure that everyone of you spends it (Ramadan) in the name of God on the attack. Requesting from God that it (Ramadan), God willing, be a month of calamity on the non-believers anywhere, especially by those soldiers and supporters of the caliphate in Europe and America.

Ramadan began on June 5 and ends a week after the horrific attack in Istanbul. The latest report puts the death toll at 41, with another 239 injured. Along with the 49 killed and 53 injured in the Orlando, Florida, terrorist attack, ISIS’s call for attacks during Ramadan proved deadly.

By all accounts, the quick response by police officers at the airport may have prevented the carnage from being higher, as at least one terrorist was shot by the police during the attack. The police response gave people precious seconds to flee.

The significance of the Istanbul terrorist attack could be in the fact that it occurred in Turkey. With three terrorists willing to die wearing suicide bombs, the attack would have been more significant had it happened in London, France, Germany, the Netherlands, or another core European country. An attack in the core of Europe would have indicated gaping holes remain in Europe’s security. Perhaps the security measures put in place after the Brussels airport attack are working, making it more difficult to insert terrorist cells into mainland Europe.

If true, this virtual wall keeping terrorists out is a critical success for European security.

After all, it really isn’t that difficult for ISIS or other Middle Eastern terrorists to cross from Syria, Iraq or Iran into Turkey. Turkey’s southern land border with those three countries runs over one thousand miles, with another large area accessible by boat via the Mediterranean Sea. According to the most recent Syria Situation Report from the Institute for the Study of War, ISIS itself controls the Syrian border area with Turkey from roughly Kilis to the Euphrates River.

In contrast, getting terrorists across Turkey to Greece or Bulgaria is a much tougher challenge. The Turkish border with Greece and Bulgaria is just one-third the length of its southern border with Syria, Iraq and Iran. You can be sure European security entities have put in place several layers of security along that border to minimize the chances ISIS can send soldiers into southern Europe. Even if successful, those terrorists must still travel through several countries, including the eastern Alps, before reaching the core of Europe.

This bombing is the sixth and most deadly terrorist attack on the public in Turkey in 2016. Keep in mind, Turkey is the seventh most popular place for tourists to visit, with more than thirty-one million people visiting in 2013 to see the thirteen UNESCO World Heritage sites in Turkey. The top three countries from which tourists hail are Germany, Russia, and the United Kingdom, representing more than 35 percent of all visitors. Ataturk International Airport is the world’s eleventh busiest airport, making it a prime target for a terrorist attack. Only London’s Heathrow International Airport and Paris’s Charles de Gaulle International Airport handled more passengers in Europe in 2015.

Given these facts and its proximity to Syria, Iraq and Iran, Turkey likely will experience additional terrorist attacks over the coming months. This reality is all the more likely if European security entities have successfully secured Turkey’s borders with Greece and Bulgaria. That said, security experts believe ISIS already has adherents in several core European countries, so more terrorist attacks are expected this year.

Finally, pundits need to stop restating the obvious when ISIS kills fellow Muslims, as appears to be the case with the Ataturk International Airport terrorist attack. If ISIS and other terrorist groups are willing to kill fellow Muslims in Iraq, Syria, Yemen, and other Muslim countries, slaying Muslims in Turkey isn’t that big a leap. Killing fellow Muslims is merely collateral damage in the larger mission to terrorize the West and incite a larger war between radical Islam and infidels.

The fundamental challenge Europe and America face going forward is to prevent ISIS from achieving those warped goals.

Matt A. Mayer is a Visiting Fellow in Homeland Security Studies at the American Enterprise Institute.