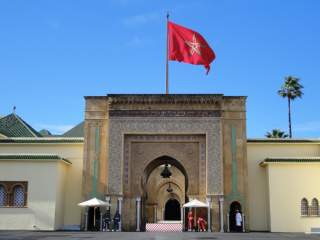 CASABLANCA—Morocco is the only Mediterranean country with an Islamist government and the only Arab country to emerge from the Arab Spring with a real multi-party democracy. American policy makers should take a closer look at Morocco because this seeming outlier is actually is a blueprint for reengineering U.S. policy across the Middle East.

A new strategy is urgently needed. The Syrian civil war has devoured some 300,000 civilian lives since 2011. ISIS continues to carry out brutal ethnic cleansing of religious minorities (including Christians) and sells women as slaves. Meanwhile, Yemen suffers a cruel civil war waged by remnants of Al Qaeda and other terror groups. As such, the U.S. government needs to adjust its approach. If America doesn’t change, neither will the Middle East—and America’s inertia will be measured by millions of corpses and refugees.

American and European observers misunderstand both the Moroccan model and the realities on the ground. Unlike other Arab rulers who tried to resist change during the Arab Spring, King Mohammad VI led sweeping constitutional reforms—handing over all governmental powers (except for intelligence, defense and foreign policy) to an elected government.  When the 2011 elections brought an Islamist party to power, the Party of Justice and Development (known by its French-language acronym “PJD”), the world initially trembled. Within days, it became clear that the party was not going to act like its Islamist allies such as Egypt’s Muslim Brotherhood. Its legislative reforms were incremental, not radical. It remained focused on jobs, economic growth and fighting corruption. While the rest of the Middle East was ablaze, the fires of Moroccan protest remained safe and controlled. As Head of Government Abdelilah Benkirane said, “The fire was sufficient to heat the bowl. Thank God, it was not enough to burn it.”

The causes of Morocco’s relative tranquility are twofold: its constitutional and legal framework, and, importantly, the Islamist party’s unique relationship with the king. Most of PJD’s leaders were careful to eschew radical doctrinal positions and always put forward their vision of religion as a determinant of social customs and values, not of political rules and regulations. They presented themselves as loyal to the monarchy and to the existing political system in the name of ensuring stability.

Mosques in Morocco cannot be places of political activity and Imams are barred from running for office under Moroccan campaign laws. The constitution has many checks and balances, making it difficult for a runaway parliament to trample on the rights of women or minorities. Further, regular local, regional and national elections enable voters to hold the ruling party accountable.

More importantly, the role of the king—which can be adapted to other Arab countries—is essential and critical. The king is also Morocco’s top religious authority and has a formal religious title: “Commander of the faithful.” Legally he can govern wayward clerics, have his sermons read in mosques nationwide and even change the curriculum in religious schools. The Constitution required that for any political party to be legally recognized it had to acknowledge and obey the religious supremacy of the monarch himself.

The PJD quickly made significant progress. Morocco's Islamist party dominated the urban areas in local elections in September 4th, 2015, but trailed in total seats. Still, the Islamists’ strength remains relative. The PJD represents only a quarter of the electorate. Their success is due to the modernization of their party structures and its extensive use of social media, where it is ubiquitous. Istiqlal (nationalist party) and USFP (socialist party) also helped the PJD by being flat-footed and old-fashioned in their use of social media.

So it's a very complex situation where parties are changing, forced by the arrival of the PJD and the rise of its fiercest adversary, PAM (Authenticity and Modernity Party), a liberal party, created in 2008 to counter islamist ideology. PAM’s main elite groups, which includes civil society actors, entrepreneurs and technocrats, reﬂects a general change in the elites of Moroccan politics, which is the result of the new style of governance. The PAM has thus far vested itself a double-function of containing the PJD and reviving the deﬁcient patterns of elite recruitment in the Moroccan political system.

The king’s other essential strategy, upon which his entire success rests, is his consistent willingness to stay above the fray of the everyday politics. The king only involves himself in political affairs when the constitution requires it. His deference to the will of the voters means that all parties and persons see the king as a facilitator of progress, not a political participant. Thus, he is not a target of political unrest. American and European policy makers think that all of this shows the cleverness and adaptability of the Islamists. In reality, it demonstrates the farsightedness of the king’s strategy. The king transformed the Islamists and made them compatible with democracy.

The lessons for American foreign policy are clear. America should encourage other Arab governments to adapt Morocco’s restrictions on mixing religion and politics and to guide their local Islamist parties into becoming a part of parliamentary democracy, not an enemy of it. This is the path for peacefully incorporating disparate political ideologies and is the single best alternative to civil war. The costs of the status quo are obvious and ominous. The benefits of adapting the king’s reforms to the rest of the Middle East are clear and convincing. What is America waiting for?