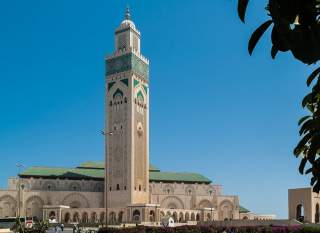 While the world remains captivated by Russian President Vladimir Putin’s recent victories in Syria and Ukraine, there is perhaps no world leader having a more successful diplomatic year than King Mohammed VI of Morocco.

Trips by the monarch to African countries in recent months have been met with levels of excitement usually only reserved for rock stars, highlighting a dramatic rise in Morocco’s capital across the continent. The victories have been so numerous—averaging more than twenty trade deals per visited country—that they are fueling speculation that the kingdom may soon rejoin the African Union (AU), from which it left in 1984 over the disputed Western Sahara territories.

This impressive rise has significant security implications for a region beset by violent extremist groups, weak governments and even weaker borders.

Morocco’s new clout has the potential for redrawing the Sahel region’s strategic map, as the kingdom could act as a new anchor for regional security and economic development. As of now, Algeria remains the hub for the region regarding matters of security and makes a point of excluding Morocco—its traditional competitor. For example, Algeria is the leader of the Regional Command for Joint Counter Terrorism Operations (CEMOC), an informal organization that coordinates counterterrorism efforts amongst Algeria, Niger, Mali and Mauritania. The exclusion of Morocco is glaring, given the weight it would lend to any regional organization.

Morocco’s approach to tackling terrorism has been based on a law-and-order approach and building close relations with regional and international partners, including the United States. This is in stark contrast to Algeria, which remains constrained by its experiences facing a radical Islamic insurgency throughout the 1990s. Algeria’s experiences during the Black Decade (1991-2002), along with its recent internal distractions in the run up to the aging President Bouteflika’s reelection have made Algeria more prone to cutting side deals with Islamic militant groups, leading to ineffectual counterterrorism efforts in the Sahel region. Therefore, an increase in Moroccan leadership on counterterrorism in Africa could yield greater success in the fight against threats emanating from Al Qaeda in the Islamic Maghreb (AQIM) and other violent extremist groups.

A larger role for Morocco may even have a spiritual impact on the reduction of Islamic extremism in Africa. Morocco is known for having the moderate form of Maliki Islam, which rejects more hardline interpretations of Islam. King Mohammed VI recently green-lighted an Imam training program in Mali and has recently declared his intentions to expand the program to Guinea. The program provides tools for imams to fight radical ideologies and preach greater harmony within Islam. If Morocco can become an exporter of this form of Islam, it would be a victory for moderate forces in the region.

The negotiations between the central government of Mali and the restive northern region following the crisis of 2012 have provided a new arena for the rivalry between Morocco and Algeria. Despite the role of mediator that Algeria played during Tuareg-Malian conflicts throughout the 1990s and early 2000s, Algeria’s recent internal woes have prevented it from taking a proactive role in the latest rounds. This power vacuum has enabled Morocco, which quickly supported the French-led intervention, to carve out a role for itself in the negotiations and pave the way for its rediscovery of Africa, which it had traditionally disregarded.

This new role will have an impact, as Morocco’s position has been one of reconciliation between the rebels and Bamako government, prompting both sides to prefer Moroccan mediation to the polarizing role of Algeria. Because of this newfound trust in Morocco, the kingdom may be able to pursue a more comprehensive peace based on greater autonomy in northern Mali than that of previous Algerian attempts.

In addition to taking an active role in the peace talks, the Moroccan King has pledged more than 4 billion USD for the reconstruction of Mali’s war-torn north, including the building of schools and providing much-needed medical services. This long-term investment will no doubt ingratiate the people of Mali to King Mohammed VI and help firmly anchor the kingdom’s influence in the country.

Previous years have seen Morocco on the defensive regarding the disputed territory at the United Nations. Thus, the new charm offensive across Africa must be viewed as an attempt to find more allies to support the kingdom in its mission to secure its authority over the Western Sahara.

Clearly, the recent efforts have been working. On April 29, the United Nations Security Council (UNSC) unanimously adopted a resolution extending the mandate of the United Nations Mission for the Referendum in Western Sahara (MINURSO) through April 2015. In addition to the permanent members of the UNSC, countries such as Rwanda, Nigeria and Chad voiced their support for the status quo agreement.

King Mohammed VI even made a rare visit to Dakhla in the disputed territory, taking part in a Friday prayer. The trip drew the ire of the Secretary-General of the Polisario Front, Mohamed Abdelaziz, in addition to several Algerian officials.

So what happens next for Morocco? Clearly King Mohammed VI’s increased engagement no doubt signifies that Morocco’s leader is flexing his newfound political muscle.

Stephen Rakowski is an Africa Intelligence analyst for Max Security Solutions, a geopolitical risk consulting firm based in the Middle East.