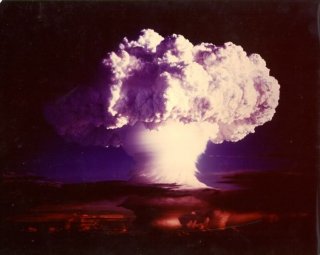 There is a group of academic and think tank researchers and disarmament and nonproliferation advocates—that we collectively refer to in this article as the “professional arms controllers”—who place arms control and nuclear disarmament high on the agenda of their professional activities. One would think that this group of professionals would be at the forefront of those arguing against what seems to be emerging as a bad nuclear deal with Iran. Curiously enough, they are not, even though they know—as we all do—that this deal will very likely keep Iran at a dangerous nuclear threshold, enabling it to move to a nuclear weapons capability at a time of its choosing.

This is because there is unlikely to be enough time, political will, and/or means to stop Iran from doing so, even if it is caught violating the deal. Worse still, the deal will legitimize this bad situation, including Iran’s enrichment program, for the duration of the deal. Furthermore, when the deal expires—and regardless of any strategic reversal regarding Iran’s military ambitions—even the restrictions of this nuclear deal will be lifted, allowing Iran to further enhance its already vast nuclear infrastructure. This deal will render irreversible Iran’s ability to quickly build a nuclear bomb, all with the blessing of the international community.

Has Iran done anything to deserve these benefits? After all, over the past year, all we have heard from Iran is continued defiance – everything it will not do in the context of a deal. Significantly, it continues to claim that there is no evidence of any wrongdoing on its part, even as it continues to stonewall the IAEA investigation into the weaponization aspects of its program. For years, Iran has been deceiving the international community about its military activities and intentions in the nuclear realm, and refuses to budge regarding its breakout potential.

The emerging deal—which would enable Iran to remain at the nuclear threshold—has dire implications in two main respects: for regional and global security, and for the nuclear non-proliferation regime. For the arms controllers, both should be a grave concern because nuclear weapons are as dangerous as the states that hold them. And Iran is an aspiring regional hegemon with a Supreme Leader who feels totally comfortable saying that the only solution for Israel is its annihilation. For disarmament diehards, this argument probably holds little weight because they focus only on the weapons, not the states that possess them. One can imagine, however, that in closed forums even they might admit that there are differences between nuclear weapon states. That, for example, a nuclear Britain or France is much less concerning than a nuclear Pakistan.

But what about the implications for the nonproliferation regime? This is surely the bread and butter of the arms controllers. Why are we not hearing their outrage that after years of fruitless negotiations, the P5+1 seems poised to agree to a deal that will give Iran a breakout capability? Why do they not say that this is a very hard blow to the NPT regime that purports to stop nuclear proliferation, and that it is likely to spur additional proliferation in the region? Why are the professional arms controllers not expressing concern that this Iran deal will create new realities on the ground, which will inspire other potential proliferators? For example, why should the United Arab Emirates agree to the so-called gold standard in the nuclear realm when Iran’s enrichment is legitimized?

We do not mean to imply that everyone should share our assessment and concerns about the Iran negotiations. Other observers may, and in fact do see the situation differently, and it is their right even if we strongly disagree with their position. But what is particularly perplexing and indeed disappointing is that some of the professional arms controllers, who for years stood at the forefront of the campaign to combat nuclear proliferation, calling day in and day out on the five nuclear weapon states to take meaningful steps toward disarmament, seem to have lost their fervor when it comes to Iran’s nuclear ambitions. Suddenly, the disarmament principles that guided them for so long are being relaxed for Iran, even though a nuclear Iran will pose a significantly more dangerous scenario than nuclear weapons in the hands of states like Britain and France.

One does not have to agree with former U.S. Secretary of State Henry Kissinger on every issue to take seriously his statements in a recent Congressional hearing, when he reminded us all that “nuclear talks with Iran began as an international effort, buttressed by six U.N. resolutions, to deny Iran the capability to develop a military nuclear option. They are now an essentially bilateral negotiation over the scope of that capability through an agreement that sets a hypothetical limit of one year on an assumed breakout. The impact of this approach will be to move from preventing proliferation to managing it.”

How do the professional arms controllers respond to Kissinger’s statement? Indeed, the facts are that instead of remaining true to their noble goals, these arms control advocates are now supporting an approach to Iran that will likely end up encouraging proliferation rather than stopping it. In this manner, they are in fact betraying their own stated agenda, at everyone’s risk.

Amb. Shimon Stein is a Senior Research Fellow at INSS and a former deputy director general of Israel's Foreign Ministry, and ambassador to Germany.