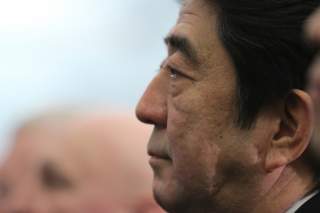 Japanese Prime Minister Shinzo Abe’s diplomatic prowess was put to the test as he entered uncharted territory last week: Central Asia. Beginning October 22, Mr. Abe became the first Japanese premier to visit all five Central Asian countries—Kazakhstan, Turkmenistan, Uzbekistan, Tajikistan and Kyrgyzstan, kicking off his trip in Mongolia for good measure—largely in hopes of boosting economic ties. In many ways, Japan has perfected the art of commercial diplomacy, but the stakes have never been higher along the ancient Silk Road. China launched its much-touted “One Belt, One Road” (OBOR) initiative earlier this year, and Beijing’s regional clout threatens to severely constrain Tokyo’s ambitions. However, Mr. Abe has the potential to leverage his trip as an opportunity to boost Japan’s role abroad, not at the expense of but as an alternative to the traditional offers coming from Moscow and now Beijing.

The fact that it took a Japanese prime minister this long to visit Central Asia, and that President Obama has never visited most of these countries, is itself telling of just how insular and off-limits this region has seemed to all non-neighboring regional powers. After these republics were liberated from the USSR, a half-hearted attempt on the part of Americans and Europeans to engage through an optimistic but woefully underprepared Turkey led to deep disillusionment with Western institutions and rhetoric. Russia’s “reinvigorated” Eurasian Union focused on its near abroad and China’s development of the Shanghai Cooperation Organization (and more recently, its “one belt, one road” initiative paired with its new infrastructure development bank) have never been balanced by a coherent or serious alternative Western plan. Attempts such as the European Union’s “Eastern Partnership” or Turkey’s “Turkic Council” have never been fully fleshed out, while Washington’s own “New Silk Road” initiative has never moved beyond rhetoric. Despite the broader geographic challenges and mental blocks often associated with this region of the world, the concept of a coherent and connected Turkic world stretching from the Adriatic to the Great Wall along the ancient Silk Road has a practical logic and useful framework for partnerships, which has never been fully explored.

Mr. Abe’s economic ambitions for Central Asia reflect Japan’s geopolitical imperatives for the region. From Tokyo’s perspective, the region is critical to Japan’s energy and resource supply diversification efforts. Through initiatives such as the “Central Asia plus Japan Dialogue,” Tokyo has maintained regional ties largely revolving around development aids and infrastructure investments. In fact, Japan has been one of the largest donors to Central Asia. Mr. Abe’s trip, however, seems to be going beyond this traditional focus, by including at least fifty Japanese companies and organizations that are encouraged to invest in a variety of business projects—another set of firsts for Japan. This proactive joint public-private approach is being welcomed throughout Central Asia as precisely what the region had been hoping for.

China is quickly becoming the region’s de facto patron, with $240 billion announced to finance massive infrastructure projects as part of its OBOR initiative. From the Amu Darya in Turkmenistan to Khorgos in Kazakhstan, Beijing is now building everything from gas pipelines to cities. China is now the largest economic player in Central Asia, with its regional trade skyrocketing from $1.8 billion in 2000 to $50 billion in 2013. This contrasts sharply with Japan-Central Asia trade, which still hovers below $1.8 billion as of 2013.

But there may still be room for Japan in Central Asia. As a strong Western ally and still the third-largest economy in the world, Japan has several advantages over the Chinese. Tokyo launched its “Partnership for Quality Infrastructure” in May 2015, showcasing Japan’s technological edge, in response to China’s OBOR. Moreover, while China’s growing influence has engendered mixed feelings in Central Asia, Japan enjoys a relatively positive image. Japan’s soft power to China’s hard power, however, can only go so far—as Indonesia’s latest choice of Chinese high-speed railway shows. The lopsided Sino-Japanese geoeconomic balance in Central Asia augurs ill for Tokyo’s economics-first approach to the region. But there is still hope for Japan, not as a unilateral player, but as a leader for further multilateral and American cooperation.

Washington, and other like-minded allies of Japan, should welcome Mr. Abe’s Central Asian tour as an opportunity to advance Tokyo’s security strategy, known as Proactive Contribution to Peace (PCP). PCP aims to offer Japan greater flexibility in its overseas security relations and has led to recent legislative developments, such as the Development Cooperation Charter (DCC). In the context of Central Asia, Tokyo could apply DCC to providing regional militaries with material for their counterterrorism efforts. Indeed, with succession problems looming large, Central Asian regimes would benefit significantly from counterterrorism support from non-regional powers, including Japan. Meanwhile, Japan could portray itself as a responsible global player by providing counterterrorism support in Central Asia, particularly when combined with the United States, which has historically not been very well-represented regionally.

Japan’s increased security relations would also open ways for multilateral security and technological cooperation with regional powers, such as India and Turkey. In particular, personal closeness between Mr. Abe and Turkey’s President Erdogan could facilitate a more unified approach to the so-called “Turkic World,” as two non-Western democracies that enjoy close alliances with the U.S. Rather than framing the cooperation as reactive to China or Russia, greater Japanese cooperation with Turkey in Central Asia would be a proactive outgrowth of their enhanced relations. Earthquake preparedness, educational exchanges and already agreed-upon technological transfers between Ankara and Tokyo could be expanded to include Central Asia, serving all interested parties. As Central Asia seeks new investors and partners to diversity its energy suppliers and be more central on the global stage, alternatives to Moscow and Beijing become particularly important. As friendly powers on opposite ends of Asia, Japan and Turkey collectively represent the West’s best chance of securing Central Asia’s true independence and should be supported whenever possible.

Mr. Abe’s historic visits to Central Asia represent an opportunity to think outside the traditional bounds of diplomacy. Tokyo may not be able to individually offer what Moscow is in the Eurasian Union or Beijing’s OBOR, but hopefully upon Mr. Abe and his business leaders’ delegation’s return, there will be new thinking on a region that, at its own peril, the West has too often ignored. Regardless of where it comes from, new thinking on Central Asia should be welcomed. As Japan assumes the G7 leadership next year, Tokyo seems to be where it will start.

Joshua W. Walker, Ph.D. (@drjwalk) leads the Japan work of the Asia Program at the German Marshall Fund of the United States as a Transatlantic Fellow and is a former Senior Advisor at the U.S. Department of State.

Hidetoshi Azuma is an Adjunct Fellow in the Energy Security Program at the American Security Project.