Mr. Putin’s War—And Why He Continues to Deny It 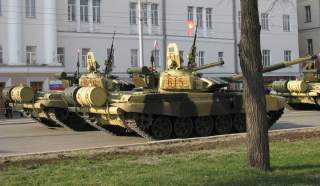 The conflict in eastern Ukraine changed dramatically in August. The Ukrainian military’s steady progress against the separatists and their Russian supporters in Donetsk and Luhansk reached the point where their defeat appeared at hand. That prospect did not go down well with Russian president Vladimir Putin and the Kremlin, with the result that regular Russian army units now fight in Ukraine. That creates a political risk for Mr. Putin’s policy.

To be sure, this has been Mr. Putin’s war from the beginning. After Victor Yanukovych fled Kyiv in late February and the parliament appointed an acting government in his place, it was Mr. Putin’s order that sent “little green men”—professional soldiers in Russian-style combat fatigues but without identifying insignia—to seize the Crimean peninsula, the most blatant land grab in Europe since World War II. The Russian president in a March 4 press conference boldly denied that the little green men were Russian soldiers, calling them “local militia.” Yet on March 28, he congratulated Russian army officers on their conduct of the Crimean operation and admitted in a May 18 telethon that Russian troops had in fact taken the peninsula.

Following Moscow’s swift annexation of Crimea in mid-March, the Kremlin seemed to expect wider pro-Russian demonstrations in eastern and southern Ukraine. They did not materialize. In early April, little green men began occupying government buildings in cities in the Donetsk and Luhansk regions (they tried and failed to do something similar in Kharkiv, Ukraine’s second largest city). These were not strictly Russian operations; Ukrainian separatists with pro-Russian sympathies played a role, but key leadership, fighters and other assistance came from Russia.

For example, Igor Girkin (who also goes by the name Strelkov, which roughly translates as “the shooter”) became the defense minister of the so-called “Donetsk People’s Republic.” Though he stepped down from the position in July, he was a Russian citizen, reportedly with a residence in Moscow and a background in Russian special services. Alexander Borodai became the region’s first prime minister; he also was a Russian citizen with a Moscow address.

Ukraine’s military and security forces initially performed poorly against the separatists. But their performance improved markedly in June and July. They made substantial progress retaking ground, reducing separatist-held territory by more than 50 percent. As the Ukrainian military recorded greater success, the world saw increased flows from Russia into eastern Ukraine of supplies, fighters and heavy weapons, including the Buk surface-to-air missile system that shot down Malaysia Airlines Flight 17 on July 17. (Mr. Girkin that day excitedly posted a claim of shooting down a Ukrainian An-26 aircraft; the time and location matched the Malaysia Airlines shootdown, and no one found wreckage of an An-26 in the area.)

Moscow denied its support for the separatist forces, but Ukrainian, NATO and U.S. reports, bolstered by accounts from ordinary Ukrainian and Russian citizens, made a compelling case regarding Russian assistance. This included artillery support by Russian army units firing across the border into Ukraine. That was disclosed not only by NATO-released imagery, but, for example, by local Russians in mid-July who posted a video of Grad rockets being fired from near the Russian town of Gubkovo into Ukraine and by pictures posted on July 23 by a young Russian soldier of his artillery unit with the comment that they “had pounded Ukraine all night.”

Despite the increasing assistance from Russia, Ukrainian military forces in early August looked to be nearing victory, having surrounded both Donetsk and Luhansk. Over the last two weeks, however, it appears that regular Russian army units have entered Ukraine and launched combat operations against Ukrainian forces.

Mr. Putin, Foreign Minister Sergey Lavrov and other senior Russians vigorously deny that their units are fighting in Ukraine. Mr. Putin says that Russia could not agree to a cease-fire as he claims that Russia is not a party to the conflict.

Moscow’s denials are unconvincing in face of the sheer volume of reports. The Organization for Security and Cooperation in Europe (OSCE) monitoring teams have now reported artillery fire coming from Russia. Videos show columns of Russian armor in eastern Ukraine, including equipment that is not in the Ukrainian army’s inventory. On August 26, the Ukrainian security service posted a video of ten Russian paratroopers whom it had detained on Ukrainian territory. The Russian defense ministry asserted that they had accidentally strayed across an unmarked section of the border. Perhaps, but they were captured some fifteen miles inside Ukraine. The current prime minister of the “Donetsk People’s Republic,” Alexander Zakharchenko, told Russian media on August 28 that 3000-4000 Russian citizens were fighting alongside the separatists, including “many military men” fighting during their “summer holidays.” What serious military allows thousands of its personnel to go on leave and wage war in a neighboring state?

Mr. Putin’s war has increasingly become an open conflict between Russia and Ukraine.

Why does the Kremlin continue to deny this? Mr. Putin has long asserted a curious and legally questionable right to “defend” ethnic Russians and Russian-speakers, regardless of their location or nationality. That formed a key part of his justification for seizing Crimea—once he conceded that Russian troops had in fact done the seizing—even though there was no evidence of any threat to ethnic Russians or Russian speakers on the peninsula.

The Kremlin presumably could claim the same rationale, no matter how baseless, to justify its military action in eastern Ukraine. Yet the denials continue, despite the fact that they have virtually zero credibility in the West or elsewhere outside of Russia.

This may well be because the target of the denials is not foreign audiences, but the Russian public, whose access to news is tightly controlled by the Russian government. Polls show that Russians overwhelmingly supported the taking of Crimea—short, bloodless, victorious military actions generally play well at home—and Mr. Putin’s personal approval rating rocketed to more than 85 percent. But polls also show that the Russian public does not want to see the Russian army fighting in Ukraine. A WCIOM poll released in late August showed that only 5 percent of the public supported the Russian army going to war in Ukraine.

One very important reason why Mr. Putin denies his army is in Ukraine is that Russian troops in Ukraine mean Russian casualties. The Kremlin appears to be going to great lengths to cover up the fact that its soldiers are fighting, dying and being wounded. The parents of the ten detained paratroopers heard nothing from the Russian army or government; they learned of their sons’ capture from Internet reports of the Ukrainian video. The Committee of Soldiers’ Mothers in St. Petersburg expressed concern about casualties in Ukraine; the next day, the Ministry of Justice declared the nongovernmental organization a “foreign agent.”

In one very odd story, two soldiers of an airborne unit based near Pskov in northwestern Russia who had been killed in Ukraine were buried on August 25. Goons later prevented other Russian journalists from visiting the gravesite, which reportedly had identifying markings removed. Unknown assailants attacked the local politician who publicized the two soldiers’ deaths by August 29 (the attack, which left him hospitalized, does not seem to have deterred him; he later asserted that 100 other locally based paratroopers had died in Ukraine).

Russian casualties could prove to be the Achilles heel of Mr. Putin’s current approach. He is waging a military campaign in eastern Ukraine, including using the Russian army, in order to destabilize the government in Kyiv. But he does not want to admit that campaign, nor does he want to admit the fact of Russian casualties to the Russian public. If Mr. Putin continues or deepens his military involvement in Ukraine, and the casualties mount, what will that do to the support that his Ukraine policy has enjoyed from the Russian public? And could the potential erosion of public support finally lead him to a different course?