My Bloody Valentine: The 5 Messiest Breakups in History 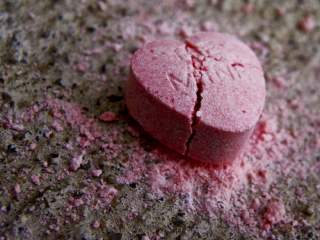 February 14. It’s a day to celebrate the ones who we love. A day to show that special someone how much you truly appreciate their suffering through your questionable cooking, terrible jokes and long rants about everything from your overbearing mother-in-law to American grand strategy. But for many of us, Valentine’s Day is also a reminder of relationships lost and messy splits.

Breakups are always tough, whether it’s between lovers, friends, families or entire societies. Indeed, history has seen its fair share of heated conflicts that ended in both sides parting ways. Some had religious, moral or ideological undertones, but most were political at their core.

There are many ways to gauge the severity of a breakup. How swift was it? How much bloodshed was there? Was there closure? Is there a chance for reconciliation, or are the two sides never, ever getting back together? For the purposes of this piece, I won’t be focusing on the specific numbers of casualties, but rather the general misery and lasting impact these breakups had on the course of history. So for all the lonely hearts out there, here are the five messiest breakups of all time.

Anyone willing and able to come up with ninety-five discussion points on any topic is clearly passionately invested in his or her belief system. Martin Luther’s “95 Theses” criticizing the Church’s sacrilegious practices, like selling “indulgences,” upended the Catholic world.

Although Luther undoubtedly sought to cause a major stir, even he couldn’t have foreseen the dramatic consequences of his action. Most immediately, the Protestant Reformation embroiled the Christian world in over a century of constant, violent sectarian conflicts between adherents to the Church and the growing number of “heretics” across Europe. This culminated in the Thirty Years’ War, which devastated Europe. Precise casualty numbers are hard to estimate, but they were many million people at a time when populations were much smaller. Present-day Germany was the hardest hit, with as much as a third of its population perishing during the war.

Besides wiping out much of its population, the war changed the political map on the continent, and established the concept of “Europe as a community of sovereign states.” Europe would recover and eventually grow powerful enough to spread this norm of sovereignty across the world. The same cannot be said of Christianity, however, which remains divided to this day, rendering this breakup one of the most significant and permanent in history.

The Sunni-Shi’a split has been one of the bloodiest, most unrelenting conflicts in the history of mankind. Already lasting (on and off) for fourteen centuries, the sectarian conflict shows no signs of stopping anytime soon, if the current civil wars in places like Iraq, Syria and Yemen are any guide.

The conflict finds its origins in the death of the Prophet Muhammad in 632 CE, with his followers disagreeing over who should succeed him. While many prominent Muslims backed his longtime companion, Abu Bakr, to be the first Caliph, others saw Muhammad’s son-in-law, Ali, as his natural successor. Abu Bakr’s backers won out and although Ali would eventually become the Caliph, he was assassinated after just five short years. Following Ali’s death, his supporters would continue to reject the legitimacy of his successors, and ultimately formed their own sect of Islam, Shi’ism, or “partisans of Ali.”

While it may seem like a religious dispute on the surface, this bloody conflict has always been more about politics than anything else. This continues to be true today, as Shi’a and Sunni continue to vie for political domination both within individual countries and across the Middle East. The results have been devastating for those closest to the conflict, as best seen today in Iraq and Syria.

Although violence permeated many of the various independence struggles that followed the end of WWII, the Algerian War is particularly notable for the intensity of its violence and its lasting impact.

Part of the reason for this was because France viewed Algeria as an integral part of France, rather than a colony. In the minds of the French, they took Algeria fair and square in 1830, and annexed it in the years that followed. Consequently, in the eyes of Frenchmen, independence for Algeria was not up for debate. Algerians natives disagreed, however, and they fought bitterly to “persuade” Paris of the righteousness of their cause, which they ultimately succeeded in doing in 1962.

The bitter struggle for independence has continued to haunt Algerians since, however, as best exemplified by the Algerian Civil War. This domestic conflict—which cost as many as 150,000 Algerians their lives—erupted when a rising political party, the Islamic Salvation Front, accused the ruling party of being too pro-French.

The struggle also continues to haunt France as well, with militants like the Armed Islamic Group carrying out attacks against civilians on French soil. Paris continues to reap what it sowed in North Africa, as evidenced by its burgeoning Islamic population at home and its repeated military interventions in North Africa.

To say the breakup of Indochina was messy is to grossly understate the amount of suffering it caused on the territories’ inhabitants, not to mention the external actors foolish enough to get involved. Each war was memorable in its own way and led to mass uprisings and the establishment of sovereignty and independence for modern-day countries in the region. However, one conflict in particular stands out.

The Second Indochina War, more commonly known as the Vietnam War, is easily one of the most famous of the Indochina wars. The proxy war between North and South Vietnam claimed upwards of a million lives (many more, by some accounts). And while it did in fact bring two territories together in the form of the Socialist Republic of Vietnam, its lasting impact on Vietnam alone earns it mention on the breakup list.

To cite just one obvious example, the estimated 800,000 tons of unexploded ordnance (UXO) America dropped during the war has killed more than 42,000 Vietnamese since the United States pulled out of the country.  Vietnamese officials have said recently it will take another 100 years to clear out all the UXO. Another 20,000 people in Laos have died from UXO, where as much as one-third of the country remains contaminated. In addition, the Vietnam War also profoundly shook up the geopolitics of Asia, most notably by helping pave the way for Sino-American rapprochement.

The Second Indochina War also helped Pol Pot and the Khmer Rogue seize power in Cambodia, with devastating effects for the inhabitants of that country. The Khmer Rouge’s extreme (and bizarre) policies on everything resulted in widespread death and famine, not to mention the mass executions and purges that occurred. Altogether, the Khmer Rogue killed nearly one-quarter of Cambodia’s population in less than four years. The massive bloodshed only mercifully ended when the Socialist Republic of Vietnam intervened. Fortunately, the end of the war established the People’s Republic of Kampuchea and brought a degree of relative peace and stability to Cambodia following decades of war and civil strife.

This monumental breakup of the crown of the British Empire would take decades and ultimately spawn three separate sovereign nations.

Most immediately, in 1947, the Raj was divided into two separate countries, the Republic of India and the Islamic Republic of Pakistan. This partition was messy in the extreme, with roughly 7.2 million Muslims in India fleeing to Pakistan and a similar number of Hindus and Sikhs in Pakistan fleeing to India. This resulted in about 14.4 displaced persons, making it the most massive migration in history. Hundreds of thousands at least died in the chaos.

Nor was this all. The subsequent Bangladesh Liberation War of 1971 resulted in the break up of Western and Eastern Pakistan into Pakistan and Bangladesh. This was hardly a “conscious decoupling,” however. Indeed, during Operation Searchlight, the Pakistani Army slaughtered more than a million people, making it one of the most horrific genocides of all time.