The Myth That the Rich Rule America 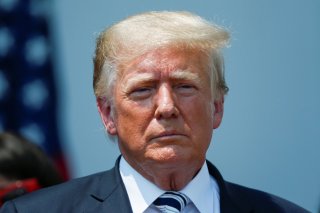 Many people claim that America’s wealthiest citizens set the country’s political agenda. All around the world, the USA is held up as a prime example of how, in capitalist countries, the rich not only dominate the economy but also politics. For many, the fact that Donald Trump, who is known for his wealth, became president seems to confirm this thesis. But if you look closer, Trump’s election actually proves the opposite. Even Benjamin I. Page and Martin Gilens, the most prominent proponents of the thesis that politics is controlled by the rich, concede in their book Democracy in America? that “most of the big-money contributors—and most Republican think-tankers and officeholders—supported other candidates.” And, “Trump’s positions went directly contrary to the views of wealthy donors and wealthy Americans generally.”

And if the rich did really control American politics, Trump would never have won the 2017 election—Hillary Clinton would have. Page and Gilens concede: “The better-funded candidate sometimes loses, as Hillary Clinton.” Clinton and her allies, including her joint committees with the Democratic Party and the super PACs supporting her, raised more than $1.2 billion for the full cycle, according to the Federal Election Commission. Trump and his allies collected about $600 million. According to Edwards and Bourne: “Not one CEO in the Fortune 100 donated to Trump’s election campaign by September 2016. His victory did not stem from influence by the wealthy but more from grassroots opposition to wealthy coastal elites.”

And if money alone could buy political power, Joe Biden would not be president today. Perhaps it would be Michael Bloomberg, who at the time of his bid for the Democratic candidacy was the eighth richest man in the world, worth $61.9 billion, according to Forbes. Probably never before in history has a candidate spent so much money of his own money in such a short space of time on an election campaign, about a billion dollars in just over three months. This was revealed in a report by the Federal Election Commission (FEC) on the financing of the campaign. Bloomberg financed his campaign himself, without accepting any donations.

Bloomberg is by no means the only candidate whose wealth didn’t help him get nominated in the primaries. The Republican Steve Forbes spent $69.2 million as he tried to win the 1996 and 2000 nominations, but he only managed to win a handful of delegates. In 2020, billionaire hedge fund manager Tom Steyer spent $200 million of his own money without winning even a single delegate. In the 2008 GOP primaries, wealthy Mitt Romney spent more than twice as much as John McCain—including a sizable chunk of his own money—but McCain won the primary. The Koch brothers have always been portrayed by critics of capitalism as the most dangerous pro-capitalists, but David Koch learned just how hard it is to turn money into political power back in 1980 when he massively supported the Libertarian Party and stood as their candidate for vice president: he garnered just one percent of the vote.

In the history of American elections, some Democratic candidates have been supported primarily by large donors and others, such as Bernie Sanders, have relied far more on smaller donors. In the 2016 primaries, sixty percent of donations to Sanders came from people who gave less than $200. The same is, of course, also true for Republican candidates. Barry Goldwater and Patrick Buchanan, for example, both mobilized large numbers of small donors, whereas candidates like Jeb Bush were supported primarily by large donors.

In his book Unequal Democracy, Larry M. Bartels criticizes inequality and the influence of the wealthy in the United States. He examined the “estimated effect of unequal campaign spending” in sixteen U.S. presidential elections from 1952 to 2012, concluding that “Republican candidates outspent their Democratic opponents in thirteen of those elections.” But in only two elections, namely that of Richard Nixon in 1968 and that of George W. Bush in 2000 does Bartels conclude that “Republican candidates won close elections that they very likely would have lost had they been unable to outspend their Democratic opponents.” And with Hillary Clinton—as shown above—raising considerably more in donations than Donald Trump in the 2016 election, that there were just two out of seventeen elections over the last sixty-four years in which unequal campaign spending represented the decisive factor in an election.

In a 2016 op-ed for the New York Times under the headline “The Power of Political Money is Overrated,” Bradley A. Smith, a former chairman of the Federal Election Commission concluded: “But while money is critical to inform the public and give all views a hearing, this election proves once again that money can’t make voters like the views they hear. Jeb Bush is not the only lavishly funded candidate to drop out of the race … The evil of ‘money in politics’ is vastly overstated.”

In his book Affluence and Influence, Martin Gilens argues that wealthier voters influenced politics in the U.S. more than voters from lower-income groups. He examined 1,923 questions from opinion polls in the U.S. from 1981 to 2002, supplemented by data sets from 1964 to 1968 and 2005/2006. His method: he analyzed the political views of lower, middle, and upper-income households and then compared their responses in opinion polls with government policies in the years following the elections. He criticized a “representational inequality” that was evident in the fact that the opinions of the lower and, in some cases, middle-income groups had less chance of being implemented by the government than those of the upper-income groups. It is noteworthy, however, that while this applies to religious issues, foreign policy, and economic policy, it does not apply to social policies, as Gilens acknowledges: “The social welfare domain is the only policy domain examined in which the divergence of preferences across income groups does not lead to a substantial decline in responsiveness to the preferences of less-well-off Americans.” Gilens explains that this is largely because, “poor and middle-income Americans have powerful allies that tend to share their preferences on these issues,” such as the American Association of Retired Persons (AARP), one of the most influential lobbying groups in the United States.

In terms of economic policy, in contrast, Gilens observed that the opinions of lower-income groups had less chance of being realized. What does Gilens think policies would have to look like to lead to “greater representational equality in the economic sphere” in this regard? Gilens suggests that to address this discrepancy, policies would have to “result in a higher minimum wage, more generous unemployment benefits, stricter corporate regulation … and a more progressive personal tax regime in general.”

But whether a higher minimum wage, higher taxes on the rich, and more regulation are really in the interests of blue-collar workers is questionable. The two American presidents who have been most admonished in recent decades for unilaterally representing the interests of the rich and for pursuing too much deregulation were Ronald Reagan and Donald Trump. Both have indeed pushed through substantial tax cuts for the rich and deregulated in some areas, but this has helped low-income earners more than many social policies.

If the rich in Western countries are guilty of anything, it is not that they are too politically active, but that they are not politically active enough—at least this is true for the pro-capitalist rich. While the voices of anti-capitalists such as George Soros and Tom Steyer, who vehemently argue for higher taxes on the rich, resonate loudly across the media echo chamber, supporters of capitalism rarely speak out in public. Page and Gilens refer to the “public silence of most billionaires.” David Koch, who provides funding for libertarian think tanks, personally spoke out publicly on tax policy just once in a ten-year period. “The public silence of most billionaires,” explain Page und Gilens, “contrasts markedly with the willingness of a small, unusual group of billionaires—including Michael Bloomberg, Warren Buffett, and Bill Gates—to speak out about specific politics … All three have favored a substantial social safety net, progressive taxes, and moderate regulation of the economy. An ordinary American who tried to judge what U.S. billionaires think and do about politics by listening to Bloomberg, Buffett, or Gates would be badly misled.”

This observation is correct and points to the core of the problem: Public pressure and the headwind of anti-capitalist opinion is so great that it even silences billionaires, while rich people who advocate higher taxes on the rich and support greater state regulation feel free to speak out publicly. The same approach should be adopted by wealthy people who are convinced that capitalism is the superior system and who are skeptical of big government: They should be bolder and play a far more active role in shaping the public debate.