NASA's New Rocket Is Huge But So Is Its Budget 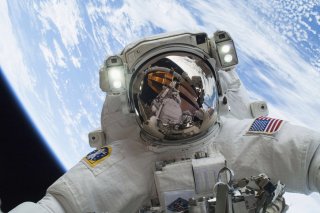 President Donald Trump isn’t a fan of projects that come in behind schedule or over budget—which is often business as usual for government. But that could be what he is getting from the space program.

After eight years of neglect from the Obama administration, Trump hopes to revitalize NASA’s focus on space flight rather than climate research. He has also remarked how much the private sector is ready to invest and compared the two.

In a video conference last year with two astronauts aboard the International Space Station, Trump talked about his affinity for private investment.

“I have many friends that are so excited about space,” Trump said. “They want to get involved in space from the standpoint of entrepreneurship and business.”

In March of this year, Trump talked about space exploration again during a cabinet meeting. With model rockets on the table before him, the president referenced the successful SpaceX Falcon Heavy rocket launch from February.

“I noticed the prices of the last one they say cost $80 million,” Trump said. “If the government did it, the same thing would have cost probably forty or fifty times that amount of money. I mean literally. When I heard $80 million, I’m so used to hearing different numbers with NASA.”

Trump is known to shoot from the hip. But even before his comment, the USA Today editorial board had already noted in February how government fails on the space front. The editorial board also pointed out that in contrast, Elon Musk’s SpaceX “has a family of rockets that could slash the cost of satellite launches and then, or so Musk says, go on to support a rigorous human space program.” The editorial says, “NASA should get out of the rocket business entirely and let the private sector go to work.”

However, NASA officials could be envisioning a different direction.

Not long after Trump’s comment on SpaceX cost, during a March meeting of NASA’s Advisory Council, former Space Shuttle Program Manager Wayne Hale reportedly asked Bill Gerstenmaier, chief of human spaceflight for NASA: “Now that the Falcon Heavy has flown and been demonstrated, the advertised cost for that is quite low. So, there are a lot of folks who ask why don’t we just buy four or five or six of those and do what we need to do without building this big, heavy rocket and assemble things like we did with the space station?”

Gerstenmaier responded the SpaceX craft is “a lot smaller” than the Space Launch System (SLS).

“I think it’s still going to be large-volume, monolithic pieces that are going to require an SLS kind of capability to get them out into space,” he said. “Then for routine servicing and bringing cargo, maybe bringing smaller crew vehicles other than Orion, then Falcon Heavy can play a role.”

It’s true that big appeals to Trump, but so does effectiveness.

In June 2012, a NASA report said that the Space Launch System (SLS) would power the Orion spacecraft's first test flight for 2017. The first flight, Exploration Mission 1, or EM-1, would be a non-crewed flight. The second (EM-2)—which would occur more than two years later with a crew.

“The SLS will power the Orion spacecraft on deep space missions to asteroids, the moon, Mars and other destinations in our solar system. The first flight test of the full-scale SLS is planned for 2017,” the 2012 report said.

The 2012 report said the Orion spaceship would travel about fifteen times farther away from Earth than the International Space Station.

However, after numerous delays, including pushing the launch date to 2018, and then to 2019, the Government Accountability Office reported the launch date for the unmanned flight would not be until 2020. As Popular Mechanics said, "NASA was hoping that by getting the SLS' first unmanned test flight off the ground by late 2018 would show that rocket had earned its price tag."

The GAO report in April 2017 highlighted problems such as; welding of parts for the SLS core stage, weakening the fuel tank; the delayed delivery of the European Service Module built to maintain life support inside the Orion; and a tornado that had damaged the assembly facility in New Orleans.

A NASA Inspector General report last year said the agency’s monetary reserves for the years leading up to the first flight are far lower than the 10 percent to 30 percent recommended by the Marshall Space Flight Center guidelines.

Meanwhile, the White House budget proposal would fully fund $3.7 billion for the SLS and Orion program to keep it on track for a test launch in 2020 and a crewed launch around the moon in 2023.

Through the end of this fiscal year, NASA will have spent $23 billion on the SLS program, without a single launch. When it finally does get off the ground, the estimated cost per launch will be $1 billion, The Hill reported.

That’s compared to the $500 million it cost the SpaceX program to develop the LEO Falcon Heavy rock that flew earlier this year.

Beyond saving money, there could be other reasons to shift toward the private sector. Some have argued the SLS system is another example of the Washington Swamp that Trump seeks to drain.

Rick Tumlinson, a space entrepreneur, who founded several space companies, has referred to the SLS as the “Senate Launch System,” because he argues it’s a pork-packed program sending money to home states to build expensive rockets which he fears will slow things down and ultimately “decimate NASA.”

Fred Lucas is the White House correspondent for the Daily Signal. The views expressed are solely his own. Title and publications listed are for identification purposes only. Follow him on Twitter @FredLucasWH.

Image: Astronaut Mike Hopkins, Expedition 38 Flight Engineer, is shown in this handout photo provided by NASA as he participates in the second of two spacewalks which took place on December 24, 2013, released on December 27, 2013. The scheduled spacewalks were designed to allow the crew to change out a faulty water pump on the exterior of the Earth-orbiting International Space Station. He was joined on both spacewalks by NASA astronaut Rick Mastracchio, whose image shows up in Hopkins' helmet visor. REUTERS/NASA/Handout via Reuters (UNITED STATES - Tags: SCIENCE TECHNOLOGY TPX IMAGES OF THE DAY) ATTENTION EDITORS - THIS IMAGE WAS PROVIDED BY A THIRD PARTY. FOR EDITORIAL USE ONLY. NOT FOR SALE FOR MARKETING OR ADVERTISING CAMPAIGNS. THIS PICTURE IS DISTRIBUTED EXACTLY AS RECEIVED BY REUTERS, AS A SERVICE TO CLIENTS