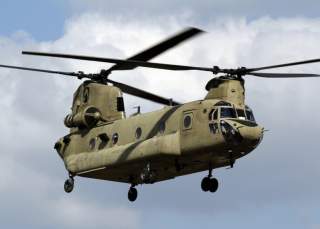 The United States and its NATO allies continue to monitor the nearly collapsed “Minsk II” ceasefire over eastern Ukraine, with the threat of U.S. arms for Kyiv still looming.

But ceasefire or not, an equally urgent task still lies before the NATO alliance: enhancing capacity to deter similar Russian incursions into allied territory in Eastern Europe.

Earlier this month, the United States and NATO allies rolled out key elements of a new military architecture in Eastern Europe, setting the terms for U.S. military engagement in Europe for the next decade and beyond. The problem, however, is that these changes amount to a temporary, rotational—and thus easily reversible—force structure. It is time for the alliance to transition these decisions into a more enduring forward defense on NATO’s frontier that has a proven record of deterrence.

Since 1990, the United States has drastically reduced its military footprint in Europe from 300,000 troops then to approximately 67,000 today, based principally in Italy, Germany and the United Kingdom. Earlier this decade, the Obama administration cut two of the four remaining deployable brigade combat teams stationed in Europe. Then, in January, the administration announced a further closure of fifteen military installations in NATO nations through an infrastructure consolidation review. Although some consolidation has been a result of legitimate budget constraints, these cuts have reinforced the unfortunate theme of a reduced U.S. forward-deployed military presence in Europe—one of Moscow’s longtime strategic objectives.

Since Russia’s annexation of Crimea, invasion of Ukraine’s Donbass region and provocative military patrols over allied territory, NATO’s development of a new force posture has been limited by the resolve of some NATO allies (most notably, Germany) to salvage many of the same rules that Moscow has left in tatters over the past year.

This includes the political commitments contained in the 1997 NATO-Russia Founding Act, which purports to limit the “permanent stationing” of troops in Eastern Europe in the “current and foreseeable security environment.” This has resulted in the strategic peculiarity of still having about twice as many U.S. military personnel permanently stationed in Russia than on allied territory in the Baltics, according to the Pentagon’s latest personnel report.

Although these steps may augment NATO’s presence in Eastern Europe, the response should not be confined to essentially rotational measures and force-reduction deferrals. As military officials often assert, “you cannot surge trust”: rotations cannot match the force-multiplying effect and interoperability achieved through permanently stationed forces. And new NATO office space in Eastern Europe should not be conflated with a true force deployment.

In fact, in the 1970s, NATO considered calls by some strategists to abandon its forward defense posture in favor of a less permanent mobile presence. At that time, the Soviet military was focused on ensuring that any extended military engagement would occur on NATO territory so that the Soviet industrial base would not be devastated as it was during the Second World War. In response, NATO’s permanent deployment of multinational forces on the Warsaw Pact (particularly, the inter-German) border was designed to deter and immediately counter any Soviet advance into allied territory. As a conventional force strategy, this forward defense complemented NATO nuclear deterrence, making any nuclear exchange after an initial attack more likely to occur on the adversary’s, not allied, territory.

By contrast, some strategists proposed a mobile posture that envisioned absorbing a military incursion deeper into allied territory and meeting it with a supposedly decisive deployment, drawn partly from reserves. As today, supporters of a maneuver-oriented posture appealed to its purported cost savings—a substitution of speed for manpower.

Fortunately, such proposals received little traction. In the words of the West German defense ministry in 1979, “there can be no alternative to forward defense. [A]ny conceptual model of defense involving the surrender of territory is unacceptable.”

But a temporary surrender of allied territory is the risk inherent in a force posture today that continues to rely on a rotational presence. This risk is particularly acute if Moscow orders a snap military mobilization aimed at only limited territorial gains on NATO’s frontier (with a modicum of “local” support): perhaps a small Baltic foothold or land corridor from Belarus to its Kaliningrad exclave.

Deployment of a mobile response could also be delayed by any Russian seizure of airfields and ports (as in Crimea), deployment of surface-to-air missile systems and other airspace denial efforts and misinformation campaigns in certain susceptible NATO capitals. In other words, a rotational posture complicates any deterrence and tactical advantages achieved through forward deployments and leaves no room for error in a crisis: a virtual presence will weakly conceal NATO’s actual absence.

As Thomas Schelling asserted in his classic tract on national-security bargaining, “[t]o fight abroad is a military act, but to persuade enemies or allies that one would fight abroad, under circumstances of great cost and risk, requires more than military capability. It requires projecting intentions.”

Credibly projecting U.S. intentions to defend NATO’s eastern frontier begins by finally clarifying that the drawdown of U.S. permanently deployed forces from Europe will end—and not simply be “deferred.” Moreover, pre-positioning of defensive equipment in Eastern Europe should be transitioned to a more permanent and multinational garrisoned force, including updated status of forces agreements, as necessary. One option to demonstrate the very high readiness of the VHRF would also be to stage elements of the force in Eastern Europe. It should also involve bolstering indigenous capabilities by Eastern European allies focused on defensive procurement (similar to Poland’s ten-year $40 billion modernization program) with U.S. equipment.

Although Moscow may bemoan any such measures as a military escalation, an enduring forward defense should simply constitute a return to the status quo ante—overdue housekeeping for a NATO defense posture that has been left to atrophy for twenty-five years.

Enhanced training rotations, equipment pre-positioning and the VHRF may play an important role in securing NATO’s eastern frontier. But NATO leaders should seize Germany’s strategic insight from 1979: at a time of mounting threats at NATO’s borders, there can be no alternative to a permanent forward defense.

Marik String is a nonresident senior fellow at the Atlantic Council and served on the Senate Foreign Relations Committee from 2006-2013, holding responsibilities as senior professional staff member for European and Eurasian affairs and deputy chief counsel.