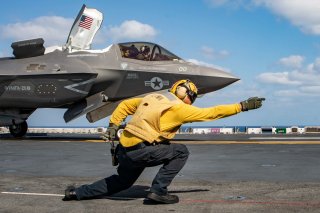 Liberal democratic countries are stirring. On September 15, 2021, the leaders of Australia, the United Kingdom, and the United States announced the establishment of AUKUS, “an enhanced trilateral security partnership.” On January 6, 2022, Japan and Australia signed a defense pact, making Australia only the second nation to have such an agreement with Japan. On January 7, Japan time, the United States and Japan convened the 2022 U.S.-Japan Security Consultative Committee. Among many other remarkable items is this paragraph:

The Ministers committed to pursue joint investments that accelerate innovation and ensure the Alliance maintains its technological edge in critical and emerging fields, including artificial intelligence, machine learning, directed energy, and quantum computing. The Ministers concurred to conduct a joint analysis focused on future cooperation in counter-hypersonic technology. They also welcomed the framework Exchange of Notes on Cooperative Research, Development, Production and Sustainment as well as Cooperation in Testing and Evaluation, based on which the two sides will advance and accelerate collaboration on emerging technologies. [Emphasis added] They stressed collaboration on streamlined procurement and resilient defense supply chains.

The sincerity of this pledge to advance and accelerate collaboration will be tested soon. Japan is interested in the Electromagnetic Aircraft Launch System (EMALS) and Advanced Arresting Gear (AAG) system. It’s now a proven technology on the U.S. Navy’s newest carrier, CVN 78, the Gerald R Ford. It’s also said to be approved for sale to one U.S. ally in Europe. Japan is keenly interested in railgun and directed energy weapons, and is aware that China is about to commission a new carrier with electromagnetic launch and recovery technology.

We’re off to a good start on developing operational naval interoperability. The United Kingdom devoted the maiden voyage of its new aircraft carrier, HMS Queen Elizabeth, and its accompanying multinational escorts as Carrier Strike Group 21 (CSG-21), to working with allies and partners from Great Britain to the Middle East to East Asia. Its “F-35 Lightning II” air group included a U.S. Marine Corps F-35B squadron and a Royal Air Force F-35B squadron. (The “B” model is the short takeoff and vertical landing version of the F-35). While in the Mediterranean the Queen Elizabeth brought Italian F-35B fighters aboard, proving that multinational operations from one carrier are effective across language barriers. The Queen Elizabeth deployment was not just a global demonstration. While in the Middle East, CSG-21’s air wing participated in combat missions against ISIS.

Two U.S. carrier strike groups drilled with the United Kingdom’s CSG-21 and a Japanese big-deck warship in a major naval exercise in the waters southeast of Okinawa, Japan. A total of seventeen surface ships, including four aircraft carriers, operated together in the exercises.

The two U.S. carriers employ conventional catapults and arresting gear, while the Queen Elizabeth uses a “ski jump” bow for launch. The Japanese ship, the JS Izumo (DDH-183), a “straight deck” without catapults, ski jump, or arresting gear, was recently modified with a new deck coating to support F-35B operations. U.S. Marine Corps F-35Bs embarked on Izumo to assist in verifying the modifications and to participate in the exercises. Japan is buying both the F-35A and F-35B aircraft and returning to the ranks of nations deploying aircraft carriers.

Naval task forces, especially those that include one or more aircraft carriers, are ideal air, land, and sea power and influence projection formations. Nothing else provides such presence, wide-area engagement, surveillance, and maritime domain awareness. Recent deployments involving Great Britain’s new carrier alongside U.S. and other allied ships provided powerful demonstrations of presence and power. The United States can build on this recent multinational effort through the creation of standing multinational maritime task forces that can accept many allied participants. Joint and combined theater commands, in both Northeast and Southeast Asia, would support these task forces and enhance readiness and influence across all participating forces.

The United States must also look to near-term enhancements to its allied naval capabilities. One such enhancement should be incorporating the Electromagnetic Launch System and its accompanying Advanced Arresting Gear throughout allied forces. Launch and recovery cycles of all types of aircraft, manned and unmanned, tankers, surveillance planes, and stealth fighters are accelerated with less stress on the airframes will realize greater range and a wider assortment of capabilities across all aviation components. These systems, adapted for smaller decks currently thought capable only of rotary-wing or STOVL (short takeoff and vertical landing) aircraft, will enhance capability across the force, adding to allied interoperability and effectiveness. With modernized launch and recovery systems among allied forces, individual aircraft can access any flight deck, an essential capability in any emergency.

Imitation is often part of international competition. So is demonstration and intimidation. This naval competition is no exception. China’s newest carrier under construction is likely to employ electromagnetic systems to support aircraft launch and recovery. It’s a good bet that the People’s Liberation Army Navy will showcase this achievement near Japan and Taiwan to demonstrate its superiority, and as a counter to the USS Ford before it can deploy to the region. That’s no small matter as the United States competes for influence in the Western Pacific. China is already marketing its version of EMALS to clients like Pakistan and others. U.S. allies are watching. Will the United States respond?

If the United States can’t restrain the proliferation of this type of technology, it must move the goalposts, developing and improving common alliance capabilities at unmatched speed. The United States must eliminate any worries about revealing EMALS and AAG technologies and share the production and implementation with its allies. Rapid implementation of these systems across U.S. and allied fleets, and the development of operational concepts to take maximum advantage, are essential.