Negotiate from a Position of Strength with North Korea 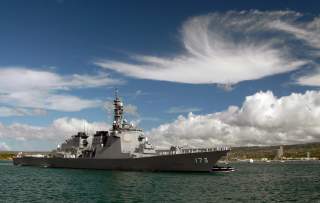 A flurry of activity began with the recent Winter Olympics and culminated with Kim Jong-un and President Donald Trump shaking hands in front of Democratic People’s Republic of Korea (DPRK) and U.S. flags. It was a meeting of two proven masters of exploiting image to shape opinion. Public attitudes in the Republic of Korea (ROK) changed profoundly as peace and some form of unification appeared possible. Now dialogue and negotiations encounter tough going, with little to show for it. New strategies to affect the conditions surrounding the negotiations are needed to shape the environment. It must be a whole of government effort. Without it we risk being outplayed.

Kim Jong-un and his family regime are on a roll. They launched a strong political-military campaign, beginning with crashing the Winter Olympics party. Following the Olympics closing ceremony, Kim’s—78 percent approval rating in South Korea exceeded any other national leaders—including ROK president Moon and certainly including U.S. president Donald Trump at less than 20 percent. This was quickly followed by a Kim “summit blitz,” three with President Xi Jinping of China, two with President Moon Jae-in of the ROK, and one with U.S. President Trump.

The summit blitz produced apparent bon homie, the first-ever diplomatic reception of Kim by President Xi, and rehabilitation of Kim’s global public image. He may be looking at an appearance at the UN General Assembly, no doubt to wild applause. The summits also featured joyful images of Kim and President Moon holding hands as they skipped back and forth over the inter-Korean border, and a succinct U.S.-DPRK summit statement. This signed statement declared commitments to new U.S.-North Korean relations, a lasting and stable peace, denuclearization of the peninsula, and recovery of U.S. POW/MIA remains. Public commentary included a preemptive U.S. concession to end alliance military exercises and a Twitter declaration that there was “no longer a Nuclear Threat from North Korea.” Each leader declared victory, each touting his own preferred interpretation of the spare statement. Our cessation of bilateral exercises was the most substantive result.

We may be on the cusp of a new era, one of a durable peace on a nuclear-free Korean Peninsula. Or we may be in the middle of the usual cycle of North Korean activity that has confronted every new administration since the early 1990s. It is now a tradition of sorts. Given the high stakes, and particularly the elevated expectations of the South Korean populace—President Moon’s constituents—this is certainly an opening worth pursuing. President Moon has little choice but to follow ROK public opinion. But the obstacles are daunting. We must find a strategy to regain control of the narrative, and to set the conditions on and around the peninsula for additional negotiations. We must meet the enhanced nuclear and missile threat with enhanced protection for our allies and friends, and to prepare for unwelcome alternatives.

United States and ROK objectives and strategies diverge. The clear U.S. priority is elimination of North Korea’s nuclear threat to the United States as a precondition to improving relations, including the lifting of sanctions. The ROK, buoyed by very strong approval ratings, is working to improve relations with proposals to build rail links and decrease forces on the border, among other things. The United States seeks transactional results, the ROK seeks a relationship. One challenge: U.S. diplomacy must take care to protect our relationship and image with the ROK. We must not be perceived as an obstacle to progress.

“Denuclearization of the peninsula” holds fundamentally different meaning for the United States and North Korea. Kim prioritizes other parts of our signed agreement ahead of the nuclear issue. Specifically, North Korea seeks a declaration formally and officially ending the Korean War despite an objective reality—the threat to South Korea and Japan increases. The United States remains committed to elimination of North Korea’s nuclear capability as a prerequisite for other actions. Declaring an end to the war with current conditions unchanged might please those seeking a legacy, but it would likely be transient, and fake, success. It may also gain domestic U.S. approval, at least for a while. Most important: It would allow North Korea to shape public opinion in South Korea to question the presence of U.S. forces in Korea and Asia.

We remain committed, at least verbally, to “maximum pressure” through sanctions. Meanwhile, China and others point to post–summit comments and consider the sanctions effectively moot. While sanctions may remain, it is as rhetoric and nuisance, not as compelling force. Those sanctioned and those around the world who wish to deal with the sanctioned regime for profit are not passive actors. They are full, witting, devious, ruthless entities, state and non-state, legitimate and criminal. Without vigorous, active enforcement and maintenance, sanctions do not last. North Korea’s very success with missiles and nuclear weapons since the early 90s show the futility of sanctions without energetic enforcement. Maritime blockades in times of war, with vastly greater means to enforce isolation, demonstrate similar difficulties. Recalling just two examples: the blockade of the Confederacy in our Civil War and World War II Germany’s attempt to blockade Great Britain, it’s obvious that effective sanctions require much more, and cost much more, than just declaration.

While our negotiators and staffs labor to find that elusive ground for substantive agreement, we need to consider some fundamentals. Posing a few hard questions can illuminate implicit assumptions driving our policy and strategy.

The capstone question: What possible “security guarantee” can we offer to North Korea that Kim would believe is more reliable than his nuclear capability? Kim is likely very confident in his nuclear capability or he would not have embarked on his current political-military strategy. Why would he relinquish that leverage? Kim is aware of our past characterization of North Korea as a member of the Axis of Evil, as well as our more recent “fire and fury” rhetoric. More substantively, Kim knows that we are very capable of reversing international agreements and commitments as we see fit. He trusts our word no more than we trust his. And little is on offer to change that.

What is the nature of a future inter-Korean relationship in the ROK vision? How does a vigorous, even raucous, capitalist democracy work with a brutal totalitarian regime that imprisons generations of families in a massive gulag? How would the ROK manage the virulence of North Korea’s global criminal enterprises?

What must be done about North Korea’s vast arsenal in the Kaesong Heights just above—and well within range of—the greater Seoul metropolitan area? This massive urban area boasts over twenty-six million souls on any given day. Open source reporting credits North Korea’s arsenal with over 14,300 artillery tubes and rocket launchers, capable of inflicting prompt devastation on Seoul that is a practical equivalent of a nuclear strike, less the radiation. The threat includes chemical and biological weapons. Leaving this arsenal in place guarantees North Korea can coerce South Korea at will.

How does Kim Jong-un liberalize his country without losing his regime—and worse? Even totalitarian rulers must be careful to maintain high approval among their core support elements. Romania’s Nicolae Ceausescu is but one case in point. Muammar el-Qaddafi is another with special resonance for Kim, and the nuclear question. If Kim is not likely to willingly risk their fate, then what do future relations look like across the DMZ and other borders?

Other questions exist, but it does not appear a new order on the peninsula will appear quickly. Kim Jong-un skillfully set the current conditions we confront. We must even more skillfully set new conditions that will protect all of our vital interests in the region and globally. Resolution of the Korean issues and North Korea’s threat is important, but it must be addressed in the context of the greater situation. North Korea is not the most important thing. Our interests and the security of our allies and friends are the most important.

The security of North East Asia must be strengthened. This must occur in a time frame relevant to today’s deterrent needs. Fielding new capabilities in 2025, for example, is not relevant. North Korean conventional and nuclear threats must be countered now. The deployment of the vast preponderance of North Korean forces to the inter-Korean border, including the massive arsenal facing Seoul, makes that conventional threat clear. North Korea’s missile development and testing program, along with their nuclear weapons, threatens powerful coercion on Japan. Protecting against these threats is both necessary and prudent. Such protection also sets conditions that strengthen our negotiating leverage.

From long practice in Korea, the combined forces of the United States and the ROK are well placed, well-equipped, and well aware of their role should we have to “fight tonight” as their motto declares. The readiness of these forces—the ability to instantly integrate the maneuver, lethal fires and the effects of those fires across air, land and sea and across two nation’s forces must be maintained. This means we must restore our combined exercises that the U.S.-DPRK summit recently terminated. Successful athletic teams don’t compete without practice. How much more important is “practice” here? U.S. Forces Korea, those of the ROK, and other U.S. forces that will deploy quickly to Korea are not hostages. Our exercises are required to ensure maximum efficiency and effectiveness in blunting any sudden emergence of combat.