Neocons Like Kagan Love Hillary. But Does Hillary Love Them Back? 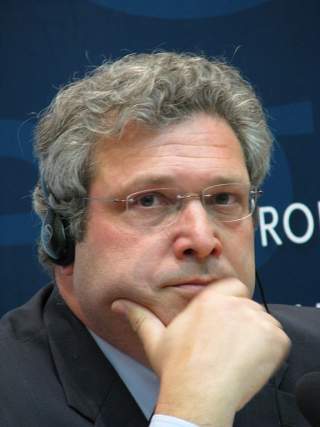 So Robert Kagan will be speaking at a fundraising event in Washington, DC for Hillary Clinton. This report from Foreign Policy magazine’s John Hudson should come as no surprise. Kagan has been playing foreign-policy footsie with Hillary Clinton for some time now, trumpeting his disdain for Donald Trump in the Washington Post and making his sympathy for Clinton clear. It’s an audacious move on his part, one that allows him to jettison much of the baggage of his incarnation as a neocon promoter of the Iraq War and to morph into a liberal hawk.

Obviously, it’s politically opportune for Clinton to take on board neocons and foreign policy realists during the campaign. Her aim is to sunder the Republican foreign policy establishment from the GOP itself. Former national-security adviser Brent Scowcroft has also endorsed Clinton. A number of other realists such as Robert Zoellick, in an open letter, have already indicated that they refuse to support Trump (which does not automatically mean that they support Clinton).

At a minimum, Kagan’s avidity for Clinton demonstrates that there are large areas of coincidence between neocons and liberal hawks. Clinton has gone to great lengths to depict herself as tougher than President Obama on foreign policy. She likened Russian president Vladimir Putin’s seizure of Crimea to Hitler’s annexation of the Sudetenland in 1938. She was notably chary of the Iran deal. And she has called for a tougher line on Syria, including a no-fly zone.

One person who warned about Clinton’s warm feelings for Kagan was former Council on Foreign Relations president Leslie Gelb. In a penetrating essay in the Winter 2015 issue of Democracy, Gelb warned:

Democrats need to reclaim their realist foreign-policy tradition of thinking in terms of power and military force, but not in the manner proposed by the neoconservatives. They should look instead to the effective diplomacy and creative strategies of the Truman era. President Truman and his principal advisers understood that the United States has to make sharp distinctions between those interests that are worth fighting for and those that should be protected by other means, mainly economic and political. They did not believe that the United States needed to demonstrate its strength through unilateral action. Rather than embrace a hubristic postwar agenda, they instead built partnerships through strategies that illuminated common interests and common goals and that spelled out the pragmatic means necessary to achieve those objectives. The future for the Democrats should be Truman, not Kagan.

The question is whether Clinton will heed such advice—or follow the more exuberant path of Kagan. There are some practical reasons to wonder whether Clinton would actually govern as a hawk. The essence of Clinton appears to be a steely opportunism; her only true belief, her own advancement.

As president, the incentive to embark upon foreign crusades would diminish if she were determined to push through a sweeping domestic program—immigration reform, an infrastructure program, expansion of Social Security. If you stand where you sit, as the phrase has it, then being president is quite different from being Secretary of State. In this regard, it’s fair to wonder whether Clinton is a hawk—or whether she’s pretending to be one in order to promote her electoral prospects.

Nor is this all. Clinton already has an enormous cadre of foreign-policy advisers who will be competing for positions. The notion that she will dole out a large number of positions to neocons is improbable. They need her more than she needs them. They may well discover that once in office, Clinton shunts them aside, much as Jimmy Carter and Bill Clinton did during their respective presidencies. The neocons turned on both with a vengeance.

Nevertheless, the prospect of a Clinton as humanitarian hawk, seeking to right what is wrong abroad, cannot be discounted. Her record is clear. As Yale University’s David Bromwich notes in assessing Clinton in the July/August National Interest, “an incorrigible belief in the purity of one’s motives is among the most dangerous endowments a politician can possess.” It is this quality that she abundantly shares with Robert Kagan and other neocons who are confidently enlisting with her campaign.