Net Neutrality? There's No Such Thing. 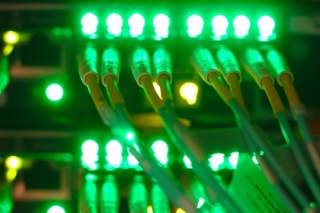 Considering the internet a global common good has become fashionable. Calling for net neutrality is even more in vogue. Most importantly, lawmakers and regulators worldwide are subscribing to the idea of an unalienable right to a nondiscriminating, and possibly free, internet. Well, all this is bad news. The consequences of governments forcing net neutrality might be dire. Not only is net neutrality based on bad economics, but it also takes its toll—on internet users.

It is undeniable: the internet is an important part of many people’s everyday life, of the global economy and of many essential services or facilities. It is equally hard to make a case against the falling costs of accessing the web. Free hotspots, flat rates and immense data packages are witnesses of this development. It might be concluded, then, that the internet is a reality and a necessary tool for modern life. Therefore, the net should be neutral. That is why the web is often compared with the highway system, and its maintenance and management to broadcasting.

But not only are both these comparisons problematic, but the very idea that there ought to be a nondiscriminating, neutral and possibly free internet is false at best. Turning its implementation into a further task of government is even worse. It puts the very fabric of the internet at risk, delaying investment, lowering its service levels and creating more potential for discrimination.

Let’s review this: first, the mental imagery used to make the case for net neutrality, and second, the economic arguments that support—or do not support—the claim.

The internet is often compared to a highway system. In the U.S. legal system, an analogy was made to broadcasting licenses. Both these images are wrong because they focus on some features but by far not on all—and not on all the important—facets of public roads and broadcasting. Especially, they fail to mention the less successful aspects of their subjects. If one is searching for an image, it is much more realistic to compare the internet to a shopping mall. Here is why.

However, there is more to a highway system than the actual traffic. First, highways are not privately owned; the cables and transmitters of the web are. Second, the road system has been built with public money and maintained with taxes; internet infrastructure providers are financed with private money and cannot impose or collect taxes. And third, highway systems compete with other public roads, pay-per-use private expressways and so on. Therefore, there is room for user discrimination according to their preferences and profiles.

By the way, there is further non-neutrality, such as in the case of traffic jams, where the police often direct the flow of vehicles, giving preference to some. And there are those places with mobility pricing, which is the most non-neutral a road system can get. This shows that if you want net neutrality, highways are the wrong way to think about the web.

The broadcasting license analogy: this image is more serious, since the FCC and U.S. courts seem to be fond of it. The Radio Act of 1927 established that the radio frequency spectrum belongs to the public, and licensees have no property rights to use it. The analogy to the internet roughly assumes that broadband is a similar case of public domain, and that therefore whoever is licensed to operate it must provide public service, in this case nondiscriminatory traffic. What is wrong with that analogy?

For starters, among economists, even those of a more institutional persuasion, the idea of licensing is considered inefficient. The economist Ronald Coase proposed that, as for other resources (such as land and metal), the market should regulate the use of the radio spectrum: with well-defined property rights, the free market will allocate resources to their most efficient use. Then, we all know how public-service broadcasting turned out: its programs usually consist of vintage features, and its commercial breaks disrupt every program. No wonder consumers are willing to pay more for nonpublic channels like HBO, or switch altogether to disruptors of broadcasting like Netflix.

Here, again, the point becomes obvious: the very regulation aiming at neutrality lowered the level of service by neutral providers while creating the potential for discrimination. There is, however, a third argument against this analogy. While the radio spectrum is somewhat limited, broadband is expandable. Those firms whose business model is running the net create broadband. Their return on investment is on the provision of infrastructure and less on the usage of existing systems. So, here again, the analogy misses the important points—points that would deeply affect the web.

The mall comparison: There is more to this image than the apparent irony of the web driving shopping malls out of business. Usually, a developer-manager sets up a shopping mall envisaging renting space to individual shops, restaurants and other services. While it is in the interest of the developer-manager to offer a diversity of goods, attractions and price categories, the mall is not a public service. And not every business can set up shop there. Indeed, businesses compete for space and pay a price for it.

Most developers-managers also use other criteria in adjudicating space than just price; for example, there are reserved spaces for seating, for childcare or for parking—all of them free and nondiscriminatory. A shopping mall is therefore a mix of discriminatory and nondiscriminatory spaces, and even in the non-neutral spaces there is not only a race for price, but for diversity. All these factors make the mall attractive. Most important of all: the mall developer-manager is a private entity that set up the mall in order to generate economic benefits. And selecting who sets up shop is a very important aspect of the mall’s success.

The same principles apply to the companies that build and manage the internet’s infrastructure. They are private entities investing in a space they want others to use. Naturally, they also want to generate revenues from it. It is in their interest to make their space attractive, by allowing a diverse mix of offerings, but also by sorting out how these offerings operate. Yes, there is a considerable portion of management of that infrastructure—be it DSL, broadband, point-to-point or something else—and management is always, to some degree, discretionary. Good management, however, is rule-based and eventually, the rule of discretion becomes known to the stakeholders. It is then up to the stakeholders to decide whether to use that one mall (or broadband provider) or to switch to the competition. Yes: competition between internet infrastructures (DSL, broadband, point-to-point and things to come) is reality nowadays. And it will become even fiercer as the costs of building broadband, as well as the costs of its alternatives like direct, are rapidly decreasing.

What do these metaphors show us? Getting the right comparison is important. If there is need for an image of the web, this image cannot be drawn from the aspects one might like while at the same time disregarding all the others. A good metaphor tries to reproduce the dynamics of the system. The shopping-mall comparison is superior to the highway metaphor and the broadcasting analogy because it gets the dynamic of the internet right. This dynamic is business-driven, because it is set up by for-profit private businesses. And the dynamic is not neutral. But it is exactly the rule-based non-neutrality of that dynamic that makes shopping malls and the internet attractive to investors and users.

The most important mistake of the highway metaphor and the broadcast analogy is that they consider the internet to be a public good. But it is not. It is private, developed by private entities, maintained by private firms and especially paid by private agents, be they content generators or end users. Treating the net as a public good is a severe misunderstanding of its economics. More than it, it leads to even worse policy proposals. That is why it is important to get the economics of public goods—and of the internet as a private good—right.

The public versus private dilemma: The term “public good” is based on the much older “common good.” It comes from the traditional English legal term for common land. It refers to resources accessible to all members of a society; these resources are held in common, not owned privately. Therefore, they are also free. If a member of a society does use the resource, he or she pays nothing. Examples of commons apart from common land are air, international waters and, according to some people, habitable earth.