Netanyahu and IDF Are Split on the Iran Nuclear Deal 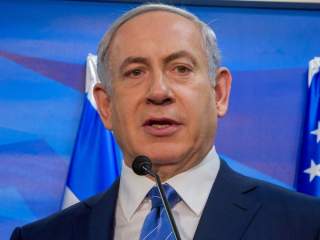 Last Tuesday, Secretary of State John Kerry testified before the Senate Committee on Foreign Relations that because of the Iran nuclear deal “there is no longer an existential threat to Israel from Iran.” He asserted that even Israel believed this was true. Kerry was referring to a speech last month by Lt. Gen. Gadi Eizenkot, head of the Israel Defense Forces (IDF), in which the Israeli general explained that the deal had “many risks but also opportunities.” Eizenkot also quipped that assuming the worst case scenarios was “as dangerous as imagining the best case scenarios”—a veiled jab at Israeli Prime Minister Benjamin Netanyahu who previously asserted that the deal is a “historic mistake for the world.”

Many Americans may be surprised by the disconnect between the political leaders and the security establishment in Israel. However, this disagreement over how to approach the Iran nuclear deal and, before that, Iran’s nuclear ambitions is long-running and indicative of spirited debate in Israel that gets little attention in the United States.

Disagreement over how to handle Iranian nuclear ambitions began several years ago. In 2010 Netanyahu and Defense Minister Ehud Barak clashed with then-IDF head Lt. Gen. Gabi Ashkenazi and intelligence head Maj. Gen. Meir Dagan over an order to have the military ready in case a decision was made to attack Iran’s nuclear facilities. An Israeli investigative television program revealed that Ashkenazi and Dagan had vehemently objected to the order. Ashkenazi had apparently warned that an attack would be a “strategic mistake,” while Dagan cautioned, “You may end up going to war based on an illegal decision.”

Ashkenazi and Dagan are two of a growing cadre of security establishment leaders who have attempted to temper the forceful rhetoric against the nuclear deal coming from Netanyahu and other politicians. Former intelligence head Efraim Halevy, for example, wrote “what is the point in annulling an agreement which keeps Iran away from the bomb in order to try and insert clauses regarding terror, which is definitely not an existential threat to Israel?”

Ample speculation has surrounded this public debate between the security establishment and the Netanyahu government. Because this disagreement extends beyond just Iranian nuclear ambitions (see, for example, the disputes regarding the Gaza Seaport or jump-starting Palestinian negotiations), it is critical to understand the divergence between each side’s underlying assumptions.

An underlying assumption of many in the security establishment is that a nuclear-armed Iran is presently the only existential threat to Israel and therefore must take priority. Because the Iranian nuclear deal diminishes the threat of a nuclear-armed Iran, at least for the near-term, many think it presents Israel with opportunities despite some associated risks. The most recent former IDF head, Lt. Gen. Benjamin Gantz, stated that the deal will allow Israel to “build defensive and offensive capabilities that will be used as deterrents,” while former military intelligence head, Maj. Gen. Amos Yadlin, has written that the deal “buys Israel time to develop clandestine as well as overt thwarting capabilities for the long term.” The security establishment seems confident it will be able to manage the negative repercussions of the deal, which include the strengthening of Hezbollah—what Lt. Gen. Eisenkot considers the “major military challenge currently facing Israel.”

The governing coalition seems to see things differently. The underlying assumption of Netanyahu and other politicians is that Iran’s ability to maintain its nuclear infrastructure and continue its destabilizing regional activities eclipses the importance of delaying a nuclear-capable Iran. Shortly after the deal was announced, Netanyahu noted that the deal “does not require Iran to cease its aggressive behavior in any way,” and he commented last week that “Iran after the nuclear agreement is continuing to assist Palestinian and Hezbollah terrorists.” At the same conference where Eisenkot spoke a day earlier of “opportunities” resulting from the deal, Defense Minister Lt. Gen. Moshe Ya’alon stated that “Iran is our main enemy, after I heard voices saying different things,” in an apparent reference to the remarks by the IDF head.

Both sides agree that there are risks to the deal, but only the security establishment acknowledges there are opportunities in delaying a nuclear-capable Iran. What are some of these opportunities? For starters, they include enhancing the capabilities of existing missile defense systems and deploying the new David’s Sling and Arrow-3 systems (which will help defend against medium- and long-range missiles). After successful interception tests for both systems in December 2015, David’s Sling and Arrow-3 are set to become operational this year.

Additionally, Israel could further develop its capability to strike Iran’s nuclear infrastructure should Iran make a push for nuclear weapons. During a conversation with Yadlin a few weeks ago, he told me that former U.S. Secretary of Defense Leon Panetta’s questioning of Israel’s capability to strike Iran in 2012 undermined the credibility of an Israeli strike. Yadlin believes this crucial element of Israeli deterrence should be repaired by the United States and Israel by reaching the shared assessment that Israel does have the capability.

Furthermore, Israel could focus on managing other more immediate security concerns, including boosting deterrence and defense against Hezbollah and Hamas (especially the prevention of advanced weapons transfers from Iran), as well as reducing perennial violence emanating from the West Bank and Gaza.

The United States can and should assist Israel in these efforts, while also working closely with Israel to ensure effective implementation of the deal and to coordinate plans to counter Iranian aggression in the region. As acknowledged by the security establishment, the reprieve from the near-term Iranian nuclear threat provided by the nuclear deal will give the two allies the time to do so.