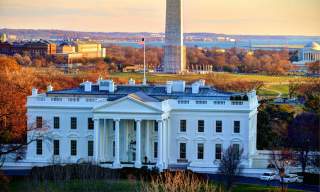 Here we go again. Some of the most vociferous opponents of President-elect Donald Trump's primary and general election campaigns are once more complaining that the incoming administration isn't returning their phone calls. Today’s Washington Post, in a story titled “Signatures come back to haunt anti-Trumpers,” reports on former national security officials of the Never Trump movement who long sought to block the New York mogul from the Republican nomination. Some even hinted that they would cross over and work for the Clinton campaign in order to stop the Trump juggernaut in its tracks.

That was then. Now the very same people are complaining that the incoming Trump administration is freezing them out. Asked what the relationship is like between the Trump transition team and the Never Trumpers who have concentrated on national security topics for decades, an unnamed official described it as “hostile.” “It’s not just that we’re frozen out...I was told they said there was an enemies list.”

But is it really surprising that Trump officials would view their longtime detractors with suspicion? The recent history of the relations between the NeverTrumpers and the campaign can’t be rewritten. It was the Never Trumpers who publicly announced that they viewed Trump as a menace. In effect, they handed the Trump team a list of names that the campaign should avoid hiring. At the time, the signatories thought that appending their names to the list would help prevent Trump from securing the nomination. Now that he has secured the presidency, it looks like a number of them are having second, and even third, thoughts about their original action. They apparently no longer see Trump as a threat to the republic, but to something else--their ability to obtain government positions.

One can certainly understand the concerns that some in the GOP foreign policy establishment have harbored about a Trump presidency. Many of his comments to date flout conventional wisdom. Trump's recent criticism of the European Union as a vehicle for German domination and his prediction that other European nations will go the way of Britain and leave the European Union is causing angst in Brussels days before his inauguration. For those like Eliot Cohen, Michael Chertoff, Eric Edelman, and Peter Feaver, all of whom signed both anti-Trump missives (the first of which appeared during the GOP primary, while the second one dropped after Trump claimed the nomination), a Trump foreign policy is to be feared. Why Trump would seek out their advice knowing that each would likely fight a Trump foreign policy tool-and-nail by leveraging the bureaucracy is difficult to discern. What conceivable incentive would Trump possibly have to appoint officials opposed to his policies in prominent positions?

For those within the Never Trump who want to serve in government again, phone calls that don't get returned, emails that don't get answered, and meetings that don't get scheduled is a sign that the Trump White House is either indifferent to their advice, uninterested in what these people have to offer, or still reeling from the insults that were lobbed their way (words and phrases like “dangerous,” “alarming,” “lacks self-control,” “acts imperiously,” “hateful,” and “fundamentally dishonest” were all included in the two anti-Trump letters).

The fact is that working in government is not an an entitlement. It is a privilege. To think, indeed expect, that the president-elect and his team of loyalists would turn the other cheek after all of that and be eager to hire Never Trumpers is so improbable that it borders on narcissism. Some of the very same people who called the president-elect contemptuous, childish, and bursting with rage during the campaign are now displaying similar traits.

The sooner members of the Never Trump movement find a way to escape the cloud of hubris, superiority, and entitlement that surrounds them, perhaps they'll finally understand that Trump today is the victor. Whether a secret Trump blacklist is right or wrong is beside the point; either way, it's happening. As incoming Trump deputy national security adviser K. T. McFarland recently put it at a U.S. Institute of Peace forum, “I suspect most of the people in this room didn’t think he’d win. But he has.”

Eventually, a reconciliation may occur. As with any rule, there must be exceptions. There are indeed people among the signatories who have impressive records of public service and are foreign policy realists. Chances are some will be asked to serve again. Complaints about not getting offers right away, however, are not the best way to receive one.

For now, it’s rather unrealistic to expect that Trump would tap into the ranks of the Never Trump signers, especially at the outset of his presidency when his professed aim is to shake up the old foreign policy order. Some of the Never Trumpers may be haunted by their signatures, but an exorcism will not occur overnight.

Image: The White House photographed from the north. Flickr/Creative Commons/GlynLowe.com