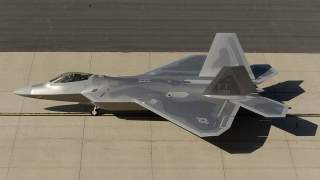 For years, hawks argued that the only effective way to deal with the Iranian nuclear issue was with bombs. Georgetown University professor Matthew Kroenig argued in 2014 that it was “time to attack Iran.” Former United Nations ambassador John Bolton in March 2015 insisted that “only military action” can stop Iran’s path to nuclear weapons.

The Obama administration’s nuclear deal with Iran and the P5+1 proved those arguments wrong. The Joint Comprehensive Plan of Action not only rolled back Iran’s nuclear program, but it effectively quieted the hawks in Washington who insisted that the use of force was the only viable option.

Trump’s campaign promises to rip up the deal and take a decidedly antagonistic posture toward Iran threatened to undo that progress. In January, after an Iranian ballistic missile test, Gen. Michael Flynn, then national security adviser to President Trump, announced that the White House was “officially putting Iran on notice.” Plans to abrogate the JCPOA seemed to be sidelined in favor of taking confrontational actions that undermined the deal but stopped short of violating it, thereby provoking Iranian leaders to abandon the deal themselves.

Now that Flynn is gone, and the more cautious Gen. H. R. McMaster has replaced him, there are indications that the White House has put their saber-rattling over the inflated Iranian threat on hold. In his first address to a joint session of Congress last week, President Trump barely mentioned Iran.

But that doesn’t mean the deal is safe. Its survival depends on Washington adhering to its commitments on Iranian sanctions relief and, to some extent, on Congress refraining from enacting new sanctions.

Iran has seen real benefits from sanctions relief thanks to the deal. Real GDP growth is expected to reach 6.6 percent in 2017 and to ease to 3.3 percent through 2018, a major recovery from the crippling slump caused in part by the U.S.-led international sanctions coordinated in the Obama administration’s first term.

Most of that growth comes from the oil and gas industry, as well as a boom in domestic consumption and investment. However, Iran’s reintegration into the global economy—through international investment, trade and banking—continues to be hindered by market uncertainty about Washington’s commitment to sanctions relief.

“The renewed uncertainty surrounding the JCPOA, and especially relations with the U.S.,” according to a new report from the International Monetary Fund, “could deter investment and trade with Iran and short-circuit the anticipated recovery.”

Moreover, reimposing additional sanctions or other “counter-measures” would likely “lower direct investment and capital inflows, and disconnect Iran from the global financial system.”

That’s a recipe for bolstering the voices of Iran’s hawks and exacerbating already existing feelings among the people that our end of the deal is not being held up. They’ve reduced their stockpile of enriched uranium by over 95 percent, cut their number of active centrifuges by two-thirds and subjected what is left of the program to the most invasive inspections regime in the world. If the reciprocal economic relief we promised isn’t forthcoming, the survival of the deal is endangered.

Unfortunately, some in Washington are determined to do just that. Following an Iranian ballistic missile test, which the JCPOA does not cover, the Treasury Department last month enacted economic sanctions targeting individuals and companies connected to Iran’s ballistic-missile program and those providing support to Iran’s Islamic Revolutionary Guard Corps’ Qods Force.

House Speaker Paul Ryan has said he is in favor of additional sanctions on Iran. And Sen. Bob Corker, the chairman of the Senate Foreign Relations Committee, told reporters that while “it's too early to talk about military options . . . at a minimum we're looking at tougher sanctions on the nuclear issue.” What positive effect new sanctions could conceivably produce is left unmentioned, though using sanctions as a stealthy way to destroy the deal is a reasonable explanation.

Republicans would be wise to restrain themselves. The key to avoiding conflict with Iran, and thus another costly U.S. war in the Middle East, lies in the survival of the Iran nuclear deal. And at this point, the survival of the Iran nuclear deal depends on making sure Iran reaps the economic benefits it was promised, through real sanctions relief and reassurance from Washington that it is committed.

John Glaser is Associate Director of Foreign Policy Studies at the Cato Institute.