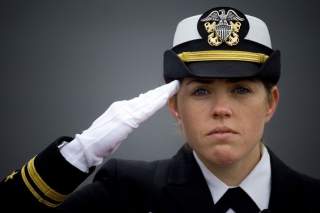 Late this summer, the Pentagon went to battle against itself.  Secretary of the Navy Ray Mabus, whose jurisdiction also includes the Marine Corps, publicly criticized the Corps’ uniformed leadership for a study on whether women can effectively perform all the key tasks associated with infantry units. The study was designed to help evaluate whether the Marine Corps should open its remaining military occupational specialties to women. One of the publicly aired critiques was that the participants willed an outcome to justify and maintain the status quo.  Today's Corps, like the Army, does not allow women to serve in a significant number of positions associated with front-line combat. (The Navy and Air Force are much closer to allowing full access for nearly all their positions to women.)  This policy is under review, with a decision expected from Secretary of Defense Ash Carter by the turn of the year.

It is difficult to see how public accusations of bad faith between advisers and policy makers will help to arrive at the best policy outcome.  Civil-military relations, though in good shape in today's American democracy in general, always require attentive and thoughtful handling, given their importance to the country. The military needs to be well respected and supported by the society that provides its budget and supplies its personnel. And when the nation goes to war, it is crucial that there be open and respectful communication between the armed forces and their civilian chain of command, as well as the Congress, so that decision making will be well informed and the nation will remain united in common purpose.

But while we had our concerns about the recent disagreement, it is not hard to see what each side was thinking. Most of the news coverage focused on the drama of Mabus' critique of how the Marine Corps study was designed rather than on the substance of the debate itself.

Here's what happened: Marine Corps leadership wanted to see how ground combat units that included a representative sample of women would perform relative to all-male units against a range of tasks associated with their possible responsibilities in combat.  So the leadership, under the guidance of then-Commandant of the Marine Corps General Joseph Dunford, asked for women volunteers to form up a unit of several hundred personnel in total. Fortunately, there was a strong response, and many motivated and capable female Marines joined the experimental unit, which over a period of many months then proceeded to train and finally to be evaluated across a range of realistic test conditions. This approach differed in emphasis from that taken by the other services, which have focused on the ability of individual women to work in specific jobs. The Marines’ methodology, however, was grounded in guidance from the Department of Defense leadership. That guidance calls to protect warfighting capability and establishes as a guiding principle that integration of women into closed career fields should be done in a manner that preserves unit readiness, cohesion, and morale.

According to the Marine Corps, this unit performed at a relatively mediocre level for most of its missions, scoring well below average. But here's the rub. Even though the women who joined the test unit were a remarkable bunch—scoring very well relative to the average female Marine on various physical fitness tests, meeting standards for male Marines on the Marine Fitness Test, and being well motivated and resolute - they were not screened specifically for service in the jobs they were asked to perform.  In Mabus' eyes, this fact invalidated the study, and he made it clear that he would recommend that all Marine Corps positions be opened up to women regardless of the results of the study—and regardless of the fact that most women who had attempted to pass individual tests of infantry performance like the Infantry Officer Course had failed in recent years.

Mabus has a point.  Department of Defense guidance builds on public law and requires, as a condition of integrating women into formerly closed assignments, that gender-neutral standards for each occupational specialty be established by the services. The women participating in the Marines’ test were not screened according to such a standard, and so the results may not accurately predict how the ultimate integration of women will affect the units in which they serve.

Still, the study reinforced previous findings about the range of male and female physical performance. While there are certainly some women who compare favorably with some men in this arena, among the participants of this study the top 25 percent of women matched the bottom 25 percent of men in anaerobic power; and the top 10 percent of women overlaps with the bottom 50 percent of men in both aerobic and anaerobic capacity. The study also points to the disparate impact on male and female anatomy that the types of tasks these Marines were called on to perform can have. For instance, musculoskeletal injury rates were 40.5 percent for women, compared to 18.8 percent for men. This data can help identify risks and mitigation strategies; develop new approaches to accomplishing specific tasks; inform equipping decisions; and help to promulgate the required gender-neutral performance standards.

There are many other arguments to consider as well. Perhaps the standards for the infantry place slightly too high an emphasis on pure strength (though we would argue that, given the nature of the infantry task, at a bare minimum most of those standards and perhaps all should be retained). Perhaps tomorrow's American woman, partly because she will be inspired in knowing that all military jobs are open to her, will start training earlier and younger and wind up on average fitter than her predecessors, creating a larger pool of potential female recruits to populate positions within the Corps. Or, perhaps even if the infantry never has more than a couple percent of women, it is still worth it to society to send a strong message of gender equity, even if it causes the military some disruption and discomfort in trying to make such a system work in the barracks, on the training ranges, and on deployment.

On balance, the Marine Corps study probably was somewhat flawed; but it was not wrongly motivated, and had it been issued and received with less heat, could shed greater light on issues that merit further consideration.  This study may yet serve as a useful input to Secretary of Defense Carter and President Obama as the ultimate decision makers; it is likely that General Dunford, in his new position as Chairman of the Joint Chiefs, will insure that it will. It could also provide important empirical information that both the Marine Corps and Army can use to inform their future policies if they are directed to fully integrate women into all military positions.

Barry Huggins is a U.S. Army colonel and Federal Executive Fellow at Brookings. Michael O'Hanlon is a senior fellow in foreign policy at the Brookings Institution.