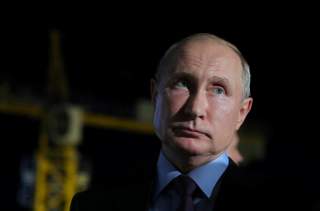 Russia held a series of regional elections on Sunday, including elections for the Moscow city legislature. What do the results of this ballot tell us about the relative health of the Russian political system?

What made this set of local elections so important, especially in the capital cities, has been the emergence of a sustained protest movement in advance of the poll, along with a much more heavy-handed response of the Kremlin and local authorities to manifestations of genuine opposition. In particular, in contrast to previous elections, the Kremlin political team intervened to keep a number of opposition figures, especially of the rising, younger, post-Soviet generation, off of the ballots. The team seemed concerned that this group of political activists under the age of thirty-five might be capable of winning races, in contrast to the past lackluster performances of more familiar opposition figures.

As a result, one of the enduring figures of the Russian “non-systemic” opposition, the anti-corruption activist Aleksei Navalny, called for a change of strategy. Instead of boycotting the polls, he unveiled his so-called Smart Voting system. The system, which had voters cast their ballots for the non-United Russia candidate on the ballot most likely to win, allowed Navalny to show the depth of popular discontent.

In the Moscow city elections, United Russia lost about one third of its seats, although it remains the majority party. Two of the systemic opposition parties, the Communists and “Fair Russia,” picked up seats, and the long-standing liberal opposition party, Yabloko, will also win representation. However, Navalny’s “Smart Vote” process was criticized by other Russian opposition figures who do not want to legitimize any portion of the existing political system. Thus, there is the possibility that the impact Navalny was hoping to make, particularly in Moscow—that a majority of Russians do not support the ruling party—was diluted by those who chose not to vote, given the low turnout.

So, what can we conclude from the results as they are tabulated?

First, the political system created and managed by Vladimir Putin still has sources of resiliency. Despite sluggish economic performance and the continuing drag of corruption and government ineffectiveness, the fear in Russian society, especially among many over the age of forty, that political upheaval leads to economic and social collapse, remains a strong motivator to put up with the known deficiencies of the United Russia party. The protest movement has been contained and losses in public support for the ruling party were managed, even in Moscow. As a result, those who have continued to hope for Vladimir Putin’s deposition by a vast movement of mobilized people power were once again disappointed. The 2018 protest movement, for the time being, has insufficient mass or depth to push through major political change.

At the same time, however, the election results show the brittleness of the current system. The Kremlin views elections in the Napoleonic frame of reference—that they are reaffirmations of popular solidarity with and support for the leadership. In that regard, both low turnout and a reduction of ballots cast for United Russia (and the use of time-honored pressure techniques to get voters cast for United Russia) suggest a lack of enthusiasm and confidence in the current team. In the short term, voter apathy benefits the Kremlin, but it points to problems in advance of the 2021 national elections. Moreover, it points to the continued failure to move the basis of the Russian political system beyond the person of Vladimir Putin. United Russia is not developing as a governing institution along the historic lines of the Indian Congress Party, Japan’s Liberal Democratic Party or Mexico’s Institutionalized Revolutionary Party (PRI) during the twentieth century. There remains no mechanism for selecting a successor to Putin and for ensuring that the current system can perpetuate itself through the mid-twenty-first century.

When he returned to the presidency in 2012, Putin identified the creation of the Eurasian Union as his defining political project. That effort is largely stalled at this point, in no small part due to the ongoing Ukraine crisis. Instead, reaching into the playbook that Aleksandr Solzhenitsyn laid out in his “Letter to the Soviet Leaders,” Putin is now committed to a massive program of developing the Russian Arctic. Will this effort generate enthusiasm for his approach and lead to concrete economic benefits that can revitalize public support, around a “Continue to Make Russia Great” theme? My sense is that the Kremlin will begin to redefine its message—and that Putin will continue to bring newer, younger faces into the process.