A New TTIP Is the Way to Ease the EU-U.S. Trade Conflict 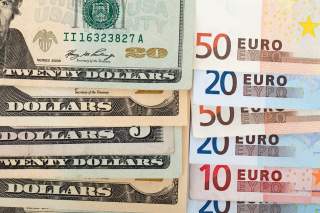 Trade conflict between the United States and EU is on the rise. Earlier this month, President Donald Trump made the formal decision to impose steel and aluminum tariffs on most U.S. trading partners, with formal exemptions for Canada and Mexico, and probably Australia as well. Any other country with a “security relationship” with the United States was told that it was “welcome to discuss with the United States alternative ways to address the threatened impairment of the national security caused by imports from that country.” This offers the EU some small hope of a deal that avoids tariffs, but it will have to negotiate.

Unfortunately, that negotiation does not look promising at the moment, given Trump's recent Twitter attacks on the EU's “horrific barriers & tariffs on U.S. products” and its “large Tariffs and Barriers” on U.S. products. It looks like President Trump wants to leverage the steel and aluminum tariffs to bring down EU trade barriers.

In response, the EU will have to develop a constructive approach to trade relations with the United States. While EU leaders may be reluctant to deal with President Trump, they will have to do so way or another. The question is whether it will be through an antagonistic trade war or a peaceful negotiation, if possible. The EU should push for the latter, and it should do so in the form of a renewal of negotiations for the Transatlantic Trade and Investment Partnership (TTIP). Despite any reluctance to engage with the bullying they feel is coming from the Trump administration right now, EU leaders should consider this option, as it might be the most productive approach to U.S.-EU trade relations.

Trump is not actually wrong about the existence of EU trade barriers. What he and his advisers are overlooking, however, is that the United States has high barriers too. Both the United States and the EU maintain a wide range of tariffs, some of which are quite high. The average EU tariff is slightly higher, by some measures, but not by too much. And regulatory barriers, which are harder to quantify, are also high on both sides of the Atlantic.

The first task of EU trade officials will be to set out in specific detail the U.S. trade barriers faced by EU companies. These include tariffs such as a 25 percent duty on light trucks, discriminatory government procurement policies and regulatory barriers in financial services and other sectors. Once the facts are all out there, the objective of U.S.-EU trade relations becomes more clear: negotiate to bring down the barriers on both sides.

Negotiating to bring down U.S. and EU trade barriers is exactly what the TTIP was all about. The negotiation was suggested by the EU, and formally endorsed by the Obama administration in 2013. It generated a lot of excitement, especially for the possibility that it might address regulatory trade barriers.

Unfortunately, the agreement was not completed during Obama's term in office. The Trump administration has sent mixed messages about the negotiation, but has not formally withdrawn.

Regardless of its origins or its temporary hiatus, the basic idea behind TTIP is solid, and both the EU and United States should pick up where previous efforts left off. Indeed, the TTIP may be particularly well-suited for the Trump administration: the original TTIP was focused on addressing regulatory trade barriers, and for an administration that talks up deregulation, this is actually a great opportunity. The EU is famous for its regulatory trade barriers, but the U.S. has many of these as well. Both sides would benefit greatly from trying to sort out some of their regulatory differences.

For example, carmakers on both sides of the Atlantic are subject to duplicate safety testing requirements. Can't we all agree that cars safe for sale in the United States are also safe for sale in the EU? Similarly, financial services regulation has operated as a barrier to trade in banking, insurance and related services. Can't we adjust these rules so that they do not operate as a trade barrier?

TTIP was controversial in the EU, and EU trade officials may be reluctant to bring it back. But a new TTIP need not be as contentious as the original TTIP. One of the main areas of criticism of the original TTIP was its investment protection and investor state dispute settlement provisions. But the Trump administration is not enthusiastic about such provisions, and they can be removed from the conversation, assuaging some of the concerns of NGOs.

EU leaders may be skeptical of working with Donald Trump on these issues, but it will be a lot better than trying to work against him. The Trump administration is looking for some kind of deal with the EU, although it is not clear what kind. The best deal out there is the TTIP, and it is worth putting it back on the table.

Simon Lester is a trade policy analyst at the Cato Institute.