Newsflash: Time Is Running Out to Defeat ISIS 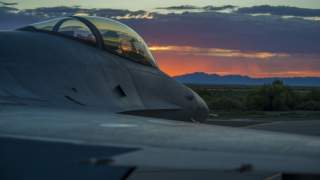 Turkey’s recent decision to permit American warplanes to use the Incirlik base to launch air attacks is a much needed shot in the arm for the Obama administration’s battle against ISIS. But alone it is unlikely to be the game changer the United States hopes for. Any strategy is doomed to failure if it ignores that ISIS is not merely killing people, but also killing the ideas that have served as the region’s defense mechanism against Islamic extremism for the past several decades. While the U.S.-led coalition is focused on rolling back ISIS from territory it has captured in Iraq and Syria, it is missing the fact that this group’s strategy is to systematically destroy the idea of the nation and nationalist identity as the organizing principles for the Middle East. And ISIS is playing out this strategy in Syria and Iraq, currently the soft underbelly of the Arab world, where national bonds have already been weakened by colonial legacies and civil wars. Unless ISIS’s strategy is countered, it is quite possible that the ideological carnage could spread more widely throughout the region, weakening even stronger countries with more coherent national identities, like Turkey and Egypt. While the United States can’t fight the ideological battle directly, by using military and diplomatic means it can buy the time necessary for regional leaders to marshal a response and launch a more effective ideological counterattack. If this doesn’t occur, it is possible that the ideological damage inflicted by ISIS could become permanent, even if the group itself is eventually defeated.

What is striking is that ISIS’s strategy comes right out of the playbook used by the West nearly one hundred years ago. At the highest level, ISIS’s strategy is to reverse the historical turn that occurred when the Ottoman Empire, the last recognized Islamic caliphate, was brought to its knees in part by the rise of Arab and Turkish nationalism, and the exploitation of this new phenomenon by the British and French. It would be fair to say that nationalism was one of the most potent weapons used to bring down an already decaying Ottoman Empire. ISIS is now turning the tables, using political Islam and the lure of a new caliphate as weapons to undermine the current weakened nationalist order in the Arab Middle East. It is tapping into a belief that the pre-nationalist Islamic era represents the glorious halcyon days for the Arab world, while the later era in which secular nationalism flourished was one of decline and foreign domination. And these ideas aren’t just propagated through ISIS’s slick communication strategy, but are also integrated into a military strategy that is aimed at destroying any vestiges of nationalist identity. And by so doing, it is leaving large swaths of the region ideologically defenseless against the ideas and depraved practices of ISIS.

To fully grasp the significance of what ISIS is doing, it is important to unpack how the battle this jihadist organization is waging is different from earlier rivalries between Islamic groups and secular nationalists in the Middle East. In the past, political Islamic movements, such as the Egyptian Muslim Brotherhood, competed vigorously with their secular-nationalist counterparts over which group had the legitimacy to spearhead the struggle for self-determination and independence from colonial rule. The Brotherhood attracted followers starting in the 1930s, not by challenging the idea of Egypt as a nation-state, but by positioning itself as more authentic and uncompromising in opposing foreign interference than its secular-nationalist competitors. Followers didn’t necessarily view support for the Brotherhood as a repudiation of nationalism, but rather as a tilt towards a purer expression of nationalist principles. The competition between nationalism and political Islam wasn’t won or lost primarily on the basis of ideology (religion vs. secular nationalism) but rather by which was the best receptacle for political ambitions.

In contrast to these earlier Islamic movements, the ISIS phenomenon is more ideologically menacing in that it isn’t just competing with nationalism for legitimacy, but is actually waging a regional war against it. Given the Arab world’s ambivalent relationship with nationalism historically, ISIS has some comparative advantages in this ideological battle. In other words, it isn’t just ISIS’s strength, but also nationalism’s vulnerability, that is allowing it to flourish.

Nationalism in the Arab World: A Checkered Past

A quick trip into the past will help illuminate how nationalism as a political idea has become more vulnerable over time, creating an opening for political Islam generally and for jihadist groups like ISIS specifically. There have been three phases in the development of nationalism in the Arab world. The first could be described as resistance nationalism. Arguably the best example of this was the Egyptian Wafd party in the early twentieth century under the charismatic leadership of Saad Zaghlul. During this period, the secular Wafd party resisted British rule and attracted an impressively large mass following, demonstrating that nationalism could be a powerful weapon against colonialism. The problems started when the nationalist Wafd, which had successfully brought formal colonial rule to an end, had to govern in an environment in which Britain continued to meddle in Egyptian state affairs. The upshot of this was that disillusionment grew, with many supporters (particularly the youth) defecting from the nationalist Wafd party to the Muslim Brotherhood, which had positioned itself as more authentic and resolute in its resistance to outside interference in Egypt. While the Wafd nationalist party still maintained part of its following, its legitimacy was tarnished and it became increasingly challenged by an emboldened Brotherhood, the legacy of which Egypt contends with to this day.

The second phase was populist nationalism as interpreted by the Egyptian leader Gamal Abdel Nasser during the 1950s-1960s.  In this phase it wasn’t state-based nationalism but the more regional notion of Arab nationalism which captured the political imagination of Egyptians and other Arabs across the region.  Nasser’s formula was to fuse his brand of populist Arab nationalism together with an authoritarian state, which allowed him to spread his message throughout Egyptian society and across the Arab world, while keeping detractors like the Muslim Brotherhood at bay. This enshrining of nationalism in the machinery of the modern state lasted until 1967, when the Arab world, under Nasser’s leadership, experienced a traumatic defeat in the war with Israel. Arab nationalism, and to some degree even state-based nationalism, became the victim of this historic defeat. That left a political vacuum creating an opening over time for political Islamic groups.

The third phase, which extended up until the Arab Spring of 2010-11, saw nationalist participation wrested from the hands of the populace and appropriated by authoritarian states. While these states failed to establish true legitimacy, they were successful in suppressing the forces of political Islam. In Mubarak’s Egypt, Assad’s Syria, and Hussein’s Iraq, political participation of almost any flavor was suppressed. During this period, nationalist sentiment was experienced by the populace only vicariously through the actions of the state. This formula was an effective bulwark against radical Islam, but unfortunately also suppressed secular nationalist groups.

By the time of the onset of the Arab Spring the third phase had run its course. Authoritarian leaders in Egypt, Tunisia and Yemen, who saw themselves as the vanguards of nationalism, presided over ossified regimes which collapsed under the weight of a sudden surge of mass political opposition. But this opposition was aimed at the leadership of the state, and was not a rejection of nationalism or the idea of the nation-state. In fact one could interpret the Arab Spring as a populist attempt to reclaim nationalism from the state, not as a move to undermine it or destroy the state. In Tunisia and Egypt, where the state apparatus survived but the leadership succumbed, nationalism shone through strong enough to keep political Islam from completely overtaking the historic moment, even though Islamists governed in both countries for a period of time. In Syria the opposite happened in that the state collapsed but the leadership survived. And the victim of this collapse of the state was nationalism. Having been ensconced in a praetorian state for so long, hermetically sealed and inaccessible to the populace, any nationalist sentiment that was still felt collapsed along with the state. With the state and nationalism broken, sectarianism which had always lurked just beneath the surface in both Iraq and Syria, was unleashed in the form of a violent civil war.

This is the place in the story where ISIS enters center stage. ISIS neither created the political vacuums nor invented sectarian violence in Syria or Iraq. But it did fill the political vacuums already created by the collapse of the state and, particularly in Iraq, added fuel to the fires of sectarian violence by attacking Shia communities and holy sites. Both Syria and Iraq have always had a more tentative relationship with nationalism because of their provenance as European creations. By severing these already weakened nationalist bonds, ISIS has cut off almost all pathways to a future other than its self-proclaimed caliphate. The intent is to use this as a wedge with which to expand beyond its base in Iraq and Syria and weaken secular nationalist bonds in Lebanon, Jordan and in even more innately nationalistic countries like Egypt.