The Next 'Gamestop': How China or Russia Could Attack Our Financial System 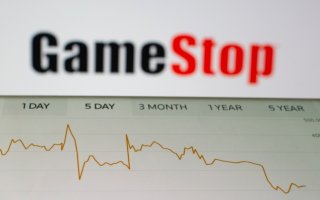 Last week, the dramatic rise and fall in the price of Gamestop demonstrated how vulnerable the stock market is to social media speculation. U.S. regulators should now turn their attention to a greater risk—that in the near future, China, Russia, or another adversary could coordinate an unwitting mob to harm the American financial system.

The potential for financial warfare follows from a playbook that China, and especially Russia, have drawn from repeatedly to meddle in U.S. domestic politics. First, foreign state agents have used social media to spread disinformation or stoke existing grievances. Second, they have counted on naive users to share the original posts, allowing the content to reach a larger audience. Finally, they fan the flames to provoke action.

In 2016 and 2020, Russian propaganda decreased U.S. voters’ trust in their candidates and the political system. During last year’s protests over race and policing, foreign bots amplified instances of both racial discrimination and violent protests, further polarizing American society. Following Joe Biden’s electoral victory in November, Russian agents embraced false allegations of fraud, providing the rationale for an armed mob to assault the Capitol Building. China spends at least $10 billion per year on its own influence operations through the United Front Work Department, which promotes pro-Beijing narratives overseas.

Over the last four years, what started on Facebook and Twitter ended up at the ballot box and in street violence. The next era of foreign social media manipulation may come crashing down on Wall Street.

If Russian officials wish to inflict financial damage on the United States, they could begin by planting rumors about specific firms or sectors on U.S. social media platforms. Russia’s main channel for spreading disinformation is the Internet Research Agency (IRA), a company based in St. Petersburg that relies on fake accounts to promote Moscow’s interests abroad. After the rumor is launched, bots could promote the original post and persuade a large audience of real users to buy or sell a particular asset.

While market volatility in the United States will generally harm Russian interests given the interconnectivity of the global economy, Moscow does have certain goals that financial war would advance. Just as Russian leaders have used social media manipulation to weaken the United States from within, they could turn to financial manipulation to accomplish the same objective. An inward-facing, financially unsound, and divided United States would be less able to contain Russia’s geopolitical ambitions in Eastern Europe.

Chinese officials have different objectives than their Russian counterparts, but they are no less likely to blend social media manipulation with financial warfare. In China’s case, leaders could draw on financial distraction to press their designs on Taiwan, their aggression in the South China Sea, or their crackdown in Hong Kong.

Apart from political goals, China has financial ends that they could pursue by aggressive means. One of Beijing’s goals is to attract greater inbound capital flows, an aim that would be well-served if disarray in U.S. markets forced investors to look elsewhere. Another long-term ambition for China is for the yuan to displace the U.S. dollar as the dominant international currency. Given that the dollar comprises about 60 percent of global foreign exchange reserves, American regulators hold significant power in the international financial system, including the ability to enforce U.S. sanctions beyond their borders. The sooner that Beijing can undermine the U.S. dollar as the global reserve currency, the sooner they will escape American regulatory oversight and sanctions enforcement. Uncertainty in the U.S. corporate equity market could, in the long run, challenge the dollar’s dominant role in global finance. Michael Greenwald, a former senior diplomat with the U.S. Treasury Department, explains that “Great power entities such as China look not only to dislodge the United States from its primacy as economic world leader, but also to overtake that position.”

If Chinese leaders choose to use social networks to instigate financial warfare, they may start closer to home. China, unlike Russia, directs only a small portion of its social media manipulation to English-language audiences. Rather than targeting American investors through Facebook, Twitter, or Reddit, Beijing is more likely to initiate a buying or selling spree among amateur Chinese investors who own U.S. stocks. Sina Weibo and WeChat, two social media platforms with over a billion monthly active users between them, would be the most straightforward place to begin. Once agents have launched a rumor, retail investors can look to Chinese equivalents of Robinhood like Futu Holdings and Tiger Brokers, which provide access to U.S. equity markets and have surged amid the Gamestop spree.

To be clear, financial warfare is likely to backfire on China and Russia, both by harming the global financial architecture and provoking a response from the United States. And even if leaders in Moscow or Beijing decided to wage financial warfare, social media is far from the only instrument they can use. Currency manipulation is a tried and true practice in the Chinese financial toolkit, and over the last few years, China, Russia, India, Iran, and Turkey have sought to design a new cross-border payments system outside the purview of U.S. regulators. Of the $7 trillion of U.S. public debt held by foreign countries, China holds over $1 trillion. These existing, direct tools may prove effective means for U.S. adversaries to pursue their goals.

As great as the risks of blending social media with financial warfare are, however, China and Russia might soon judge the benefits to outweigh the costs. In the summer of 2008, Moscow approached Beijing with a proposal to sell their joint holdings in U.S. housing finance firms Fannie Mae and Freddie Mac. The action would have exacerbated a growing financial crisis just as Russian leaders sought to distract the United States from their 2008 invasion of Georgia. Chinese leaders declined the offer, but under Xi Jinping, Beijing has increasingly embraced a confrontational style of “wolf-warrior” diplomacy. Leading economic officials have echoed the shift in financial circles. Yu Yongding, an economist at the state-backed Chinese Academy of Social Sciences (CASS), argued in August that “a broad financial war has already started ... the most lethal tactics have yet to be used.” Chen Yuan, former chairman of the China Development Bank, has even threatened to use China’s debt holdings as leverage with the United States. Moreover, indirect influence via social media comes with greater deniability than traditional methods of financial manipulation, making it an appealing instrument for both Russia and China to avoid retaliation. Greenwald argues that the United States is right to be concerned: “If China can destabilize U.S. equity markets, diminish international trust in the U.S. economy, and surpass the dollar as the global reserve currency, we could be looking at a real threat to the U.S. in the near term.”

To respond to this new weapon of financial warfare, U.S. policymakers should fill the gaps in three existing areas of regulation. The first type of regulation, to protect U.S.-based social media platforms from foreign interference, is largely left up to industry. Facebook and Twitter have banned several hundred Russian and Chinese accounts for spreading disinformation, but they have failed to remove accounts of “wolf warrior” diplomats like Zhao Lijian, who echoed the conspiracy theory that Covid-19 originated in the United States. Going forward, companies and potentially even government regulators should take a more assertive approach toward false claims.

The second area of regulation, overseen by the Committee on Foreign Investment in the United States (CFIUS), reviews individual transactions involving overseas investors to ensure that they do not threaten national security. While the Foreign Investment Risk Review Modernization Act of 2018 (FIRRMA) has already granted new powers to CFIUS, regulators must be proactive in identifying new threats to the U.S. financial sector that emerge from foreign social media platforms.

The third area of regulation, led by the Securities and Exchange Commission (SEC), is designed to maintain efficient markets. The SEC must rapidly adapt to the relationship between social media chatter and market volatility, not just for “meme stocks“ like Gamestop, but also in potential cases where rumors are driven by a foreign power. The FBI can also assist in identifying foreign influence on these platforms.

Gamestop was a wake-up call. In this case, the frenzy appears to have been uncoordinated, and the harm was contained. Next time we may not be so lucky. With careful regulation, however, policymakers can forestall the dangers of foreign social media manipulation and financial warfare.

Robert Carlson is the Program Coordinator for the Duke Program in American Grand Strategy. He tweets @bocarlson1

Gray Gaertner is an Asia Analyst at Inika Terra and Policy Research Intern with the US-ASEAN Business Council. He tweets @graygaertner