A Night of Terror In Paris 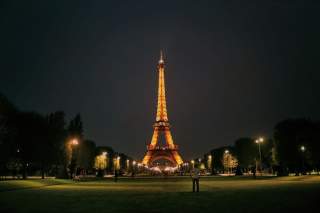 The war against the Islamic State is coming home. That is the message that the organization wanted to deliver with the wanton carnage in Paris Friday night, which was timed to occur just before this weekend’s G20 summit in Turkey. The systematic nature of the attacks on a soccer stadium, a concert hall, and restaurants suggest that this was indeed a well-organized conspiracy conducted by professional assassins to attack what the Islamic State is referring to as “pagans.”

French President Francois Hollande gets it. He correctly said that the attacks were an “act of war.” He added, “Faced with war, the country must take appropriate action.”

What that action is he did not say. But it is surely not, as Senator Ted Cruz opportunistically proclaimed, to blindly ramp up the fight in Syria with indiscriminate bombing. Cruz explained the Islamic terrorism “will not be appeased by outreach or declarations of tolerance. It will not be deterred by targeted airstrikes with zero tolerance for civilian casualties, when the terrorists have such utter disregard for innocent life.” Where should we bomb more intensively? How effective will it be? Cruz’s sloppy rhetoric is the kind of bluff and bombast that plays right into the hands of the Islamic State.

The battle that Hollande depicted is not confined to France. President Obama deemed it “an attack on all of humanity.” It is one that confronts any country that is enmeshed in the seemingly endless confrontation in Syria. Russia, France, Great Britain, and the United States are all targets. Russia has already experienced the downing of its Airbus A321 flight from Egypt. Now Prime Minister David Cameron is warning that his country must be braced for a number of British casualties among those slaughtered in Paris. Britain itself is now on terror alert. Meanwhile, the German commentator Frank Jansen says that a “third world war is being forced upon us.”

One immediate consequence is Europe will surely be a further tightening of borders. The imposition of a curfew and the closing of French borders may be an earnest of what it to come in Europe. Even Sweden, grappling with unprecedented migration flows, has already felt compelled to reintroduce border controls. The tranquil age that Europe’s elite class of politicians dreamed about—peace based on economic cooperation—is coming to a terminus.

Another consequence will be closer cooperation between the West and Russia in Syria and increased pressure to reach some kind of modus vivendi in negotiating the Syrian future. Both sides have a common interest in attenuating the conflict as rapidly as possible. Russian president Vladimir Putin is surely acutely aware that the sanguinary threats that the Islamic State has recently made against Russia cannot be dismissed as empty boasting and propaganda.

But above all the pressure will be on Obama. Over the past few years, it is his blunders and dithering—proclaiming a red-line one day, rescinding it the next--in Syria that have compounded the dangers that Islamic terrorism poses to the region and abroad. For a long time, Obama has been AWOL when it comes to Syria. Now, in recent weeks the administration has increased its diplomatic and military efforts, though whether they will make any real progress is an open question.

Hollande’s forceful statement makes it clear that there will be no diminution in the battle against the Islamic State. Hollande has become a war president. If Britain wants to show that it is serious about engaging in the battle against the Islamic State, the House of Commons must overturn the ban against British aircraft taking part in the Syria conflict. This is a fight to the finish.