Nightmare: How the War in Ukraine Could Go Regional 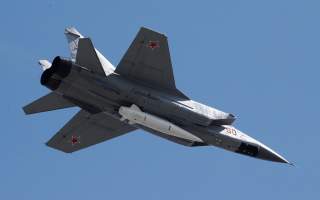 No one wants war, but this is how one gets a war. Two angry states are poking and probing at the flammable edges of an extended war zone, each acting in what it believes is a controlled fashion with little risk of escalation, but each ready to risk the next step if the price of retreat seems too high. Here begins the chain of actions and reactions coupled with miscalculations leading to a conflagration neither wants or expects.

The violent incident on the approach to the Kerch Strait is not how many in the West envisage the path to war in Europe. That path is different from Russia using stealth to take a bite out of the Baltic states. It is also not Moscow heating up the war in Donbas before launching an assault on all of eastern Ukraine or conquering a land bridge from Donbas to Crimea. Nor was it Russia using a snap exercise to disguise an attack on a soft portion of the North Atlantic Treaty Organization’s defenses.

Instead, the Kerch Strait crisis depicts a more realistic path to tragedy. Russia’s 2014 seizure of Crimea was rightly seen as a serious violation of international norms, but few at the time recognized it as creating new tinder for war—other than maybe out of a long-term smoldering Ukrainian revanchism. But Crimea under Russian control, when Russian-Ukrainian relations are so inflamed, is producing a potentially dramatic security problem. The base for a conflict that flies out of control often resides less in early actions, however alarming, but in the stakes inspiring them—and, in this case, the stakes are high.

For Ukraine, Russia’s claim to sovereignty over Crimea comes with an asserted right to control Ukraine’s access to and use of the Sea of Azov. This includes a potential Russian stranglehold over the port of Mariupol, from which flows steel and iron constituting 40 percent of Ukraine’s annual export revenue and a large portion of its grain exports. Additionally, the livelihood of 10,000 fishermen is at stake. Moscow, on the other hand, rather like China in the South China Sea, appears determined to turn the Sea of Azov into a strategic internal rampart, and the Kerch Strait—with a new $7.5 billion bridge over it—constitutes the linchpin of this plan.

Over much of 2018 the Russians have grown more aggressive in asserting control over the flow of traffic through the Strait, and the Ukrainians more determined to assert their right of free passage based on the 2003 Russian-Ukrainian Treaty on the Use of the Sea of Azov and Kerch Strait. Such was the claim of the Ukrainian naval commander last Sunday when told to turn back. The Russians countered by insisting that under Article 25 of the UN Convention on the Law of the Sea (UNCLOS) they have a right to temporarily suspend “innocent passage” of foreign ships “if such suspension is essential for the protection of [their country’s] security.”

Both claims are rather beside the point. No matter what the status of the 2003 agreement or the force of Russia’s asserted sovereignty over the Kerch Strait, under the UNCLOS, Ukraine has the right of “transit passage” including its warships, in peace and war. Russia’s closing the Strait on security grounds under Article 25 of UNCLOS and then its use of lethal force, even after firing a warning shot and barely justified under Article 30 of the Convention, underscore how little international law matters to the peril now taking dangerous form.

For Russia will not, whether out of security concerns or ambition, stop tightening the noose the Sea of Azov and the Kerch Strait represent for Ukraine. And Ukraine will not cease struggling to cut it. If doing that means seizing the tactical advantage elsewhere, such as escalating the military confrontation in Donbas, the speed with which Ukraine’s leadership declared martial law and placed its military forces on alert this past weekend provides more than a hint. Or, if the next flare-up over control of the waterways between Russia and Ukraine occurs at the same time conflict in eastern Ukraine has heated up, the spark for large-scale conflict will be instant.

Short of that, the lengthening delays from hours to days that Russia now imposes on shipping to the Ukrainian ports of Mariupol and Berdyansk constitute an economic embargo. But were Russia, at a moment of heightened tensions, to cut off all shipping to Ukrainian ports in the Sea of Azov that would turn an embargo into a blockade, and a blockade is an act of war.

Whatever the nature or scale of what will inevitably be the next faceoff between the two countries, the tendency of each side to read any action by the other as a prelude to a massive escalation creates pressure for one or both to react in outsized fashion. Add to this mix the reflexive response of many in the U.S. Congress and media by calling for Washington to beef up its naval presence in the Black Sea and expand lethal arms supplies to Ukraine, and the pathways to a Ukrainian-Russian war turned regional or global take shape.

At a minimum, these events should remind everyone that the small-minded and lethargic approach that now characterizes all players’ approach to the Donbas impasse is not as tolerable or risk-free as they appear to believe. Rather these events should open their eyes to the other dimensions of the Ukrainian-Russian standoff whose implications are starker and grimmer. And they should encourage leaders not only in Moscow and Kyiv but in Washington and European capitals to open their history books.

Robert Legvold is the Marshall D. Shulman Professor Emeritus in the Department of Political Science at Columbia University.