No Matter Who Wins Ukraine, America Has Already Lost 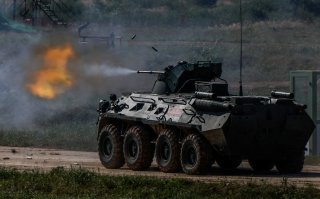 Regardless of who wins the Ukrainian war, the United States will be the strategic loser. Russia will build closer relations with China and other countries on the Eurasian continent, including India, Iran, Saudi Arabia, and the Gulf states. It will turn irrevocably away from European democracies and Washington. Just as President Richard Nixon and Henry Kissinger played the “China card” to isolate the Soviet Union during the Cold War, presidents Vladimir Putin and Xi Jinping will play their cards in a bid to contain U.S. global leadership.

Knowing that it can no longer keep Europe as its top energy customer, Moscow has logically moved to grow its fossil fuels sales with Asia, notably China and India. Since the Ukraine invasion, Russia has become China’s top oil provider, replacing Saudi Arabia. It is true that in the short to medium term, transfer capacity will limit how much more fossil fuels Russia can sell to China. Russia currently has just one overland oil route to China, the ESPO pipeline. The only gas pipeline currently in operation is Power of Siberia. Pipeline sales of both oil and gas are supplemented by seaborne routes to mainland China. In the years ahead, China and Russia will doubtlessly make substantial investments to expand oil and gas transmission between the two countries, better enabling Russia to be the primary supplier of fossil fuels to China. The Chinese will likely be able to reduce their dependence on fossil fuel shipments from the Middle East which must pass through vulnerable naval choke points such as the Malacca Straits.

Closer energy relations between China and Russia will help to draw them closer as strategic allies with “no limits” on the Eurasian continent. By having a committed Russian energy supplier in its backyard, China will inevitably obtain more strategic flexibility for dealing with the United States and its Indo-Pacific regional allies, all to the detriment of Western democracies.

Russia has also greatly increased its energy business with India since the Ukraine invasion. According to the Centre for Research on Energy and Clean Air, “India has been the main buyer of the cargoes out of the Atlantic that Europe doesn’t want anymore.” Before invading Ukraine, India bought almost no oil from Russia. Now it is importing over 760,000 barrels a day. Increases in Russian fossil fuel sales to India will be detrimental to efforts by the United States, Australia, and Japan to continue to draw Delhi into a closer orbit with democratic countries in the Indo-Pacific region.

In fact, India—the world’s largest democracy—has taken a neutral stance on Russia’s invasion of Ukraine. At the United Nations, India abstained from votes that condemned the Russian invasion of Ukraine. It has refused to blame Russia for the attack. Besides a new and growing energy supply relationship, Russia has also been the long-time, primary supplier of weapons for the Indian armed forces. Importantly, Delhi remains appreciative, as well, of Russia’s longtime support on Kashmir. The Indian response to the Russo-Ukrainian War underscores the reality that India will likely not fully integrate into a Western Pacific alliance such as the Quad. If China is smart enough to avoid more border fights with India, momentum for India to become more involved with the Quad could well decline.

In more bad news for the West, India was not alone in abstaining from the UN General Assembly resolution that censured Russia for invading Ukraine. Thirty-four other countries declined to take the West’s side. Two-thirds of the global population live in countries that have refrained from denouncing Russia. Even neighboring Mexico refused to condemn Russia or join economic sanctions.

These are tough strategic realities for the United States to absorb. After the Russian invasion, the Western democracies swiftly coalesced, passing a broad array of sanctions against Moscow, including deadlines for ending fossil fuel purchases from Russia. The West’s energy sanctions have to an extent backfired, causing inflationary and supply disruptions so severe that Brussels now is struggling to cope with the economic consequences. The EU has even quietly announced steps to ease Russian energy sanctions to help stabilize energy markets. While the West complains that Russia weaponized its oil and gas exports, the reality is that it was Brussels and Washington that first raised the energy sword when they announced their intent to cut back Russian fossil fuel purchases immediately after the Ukraine invasion.

One positive byproduct of the Russo-Ukrainian War has been the rejuvenation of NATO, which has rallied to support Ukraine. The alliance will become even stronger when Finland and Sweden join. On the negative side, the United States is carrying more than its pro rata share of the burden to support Ukraine compared to other alliance partners except for Baltic states and Poland. Through May 20, 2022, the United States supplied or committed $54 billion in military aid to Kyiv. The United Kingdom was a distant second at $2.50 billion, followed by Poland at $1.62 billion and Germany at $1.49 billion. As of May 20, the United States had committed more than three times as much aid to Kyiv as all other European Union countries combined. The United States is the largest supplier of military aid notwithstanding that Russia’s invasion is far more of an immediate threat for European allies than for the United States, which is 5,700 miles away from the war, across the Atlantic Ocean. Ukraine shows again how dangerously dependent Western Europe is on American leadership and its military. That will not change until the U.S. foreign policy establishment can shake off the conviction, firmly cemented over seven decades, that only the United States can lead NATO, providing the military backbone for the alliance.

The United States must adapt, particularly as an even more jarring, ugly reality is the fact that NATO’s Article V defense commitments are limited by treaty to the Atlantic region. Were Pearl Harbor, Hawaii, or Guam attacked by China, North Korea or Russia, NATO’s collective defense commitments would not apply. Nonetheless, even though there is no chance that the NATO treaty will ever be amended to help the United States in the Pacific, Washington should not and cannot abandon NATO. Instead, the U.S. foreign policy establishment must work harder to enable European allies to pick up more, even if not the lion’s share, of the burden on their side of the Eurasian continent. If the United States continues to keep its head buried in the historical assumptions that prompted the creation of NATO in 1949, things are going to get steadily worse for over-stretched United States military resources and capabilities. The United States is no longer the world’s sole dominant power. More burden sharing in the U.S. alliance system will have to happen sooner or later to deal with the reality of an increasingly multipolar world.