No Need to Overreact to the NSA-AT&T Partnership 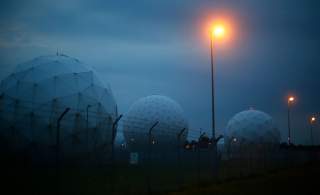 It’s not easy being a successful technology company these days, particularly if you are headquartered in the United States and operating globally. Every choice you make about data, about privacy, or about government cooperation is viewed as either anti-American hypocrisy or total capitulation to an out-of-control surveillance state.

A new article on “The NSA’s Hidden Spy Hubs in Eight U.S. Cities” isn’t going to make life any easier for these companies or for the U.S. government.

A voluntary, and previously secret, arrangement between the NSA and AT&T reportedly allows Fort Meade to use these SNRCs to scoop up vast volumes of digital communications transiting these nodes. This is made possible because of so-called "peering" relationships where other telecoms use AT&T's network to efficiently and expediently move their data.

There will be some who see this report and decry it as yet another example of overreaching government surveillance. They will argue that the tech sector should further remove itself from any cooperation with the U.S. government. This would be a mistake.

Let’s begin with the facts. We don’t know if these or any other SNRCs constitute the “backbone” of NSA foreign intelligence collection efforts. What we do know is that, even if the Intercept’s reporting is correct, it changes nothing about what we understand regarding the NSA’s collection targets or the legal authorities that govern their collection activities.

There’s no news here about the government spying on Americans. There’s not even any assertion that the NSA is breaking the law or violating any of the policies related to these alleged collection efforts. Instead, if true, this report does nothing more than reveal a portion of the spy agency’s foreign intelligence collection infrastructure—the buildings where it houses servers used to process this data.

To be clear: the authors of this article do not assert any ongoing wrongdoing by the NSA.

Even the alleged relationship between the NSA and AT&T is explicitly described as voluntary. There is no reported government coercion of any type.

Even so, many tech-sector employees and customers are likely to balk at this report and insist that tech leaders decry these types of partnerships with the federal government and foreswear any similar arrangement going forward. We’ve seen this already with Amazon employees protesting its selling of facial-recognition software to law enforcement. A second example also includes Google employees rejecting cooperation with the Pentagon on artificial intelligence. Finally, a third instance involves Microsoft employees disapproving of the company’s support to U.S. Immigration and Customs Enforcement.

The easiest thing for tech leaders in this situation is to feign outrage, capitulate to the mob, and move on. This, however, is an unsustainable strategy that only encourages an erosion of vital public-private partnerships and ultimately weakens America's national security capabilities.

The reality is that the constitution charges and empowers the U.S. federal government to secure the nation and its interests. One of the ways the government does this is through the monitoring and analysis of foreign communications. Executive Order 12333 as amended in 2008 gives the intelligence community so-called “transit authority,” allowing them to monitor any and all “communications which originate and terminate in foreign countries, but traverse U.S. territory.”

By collecting and acting on foreign intelligence, the NSA is fulfilling its legal mandate and facilitates the environment that enables America’s tech industry to thrive. But, for the private sector, this is understandably about more than sentimental patriotism.

Technology companies that operate globally face the very real challenge of losing business if they are seen to be working too closely with the U.S. government. Neutrality and independence, they reason, is the only way to operate profitably.

Countries such as Russia and China have long understood their domestic economies to be extensions of their government and their national power. If you want to sell your wares in China, for example, you must align with Beijing's domestic and foreign policies, including turning over your intellectual property and data. If you're unwilling to do this, you're kicked out of the world's fastest-growing market.

The United States does not and should not practice this type of coercive economic policy, but many of America’s global challengers do and many companies comply.

Which brings up the critical point—those in the tech community angered by what they read in the Intercept might do well to point their ire at the governments who truly abuse information and human rights to consolidate power. And after this, perhaps they can explain how their capitulation to America’s challengers in search of profits aligns with their purported neutrality.

Klon Kitchen is the Senior Research Fellow in Technology, National Security and Science Policy at The Heritage Foundation (heritage.org). You can follow him on Twitter at @klonkitchen.

Image: A general view of the large former monitoring base of the U.S. intelligence organization National Security Agency (NSA) during break of dawn in Bad Aibling south of Munich, July 11, 2013. Chancellor Angela Merkel has defended Germany's cooperation with U.S. intelligence, dismissing comparisons of its techniques to those used in communist East Germany in an attempt to ease tensions a day before talks on the thorny issue in Washington. REUTERS/Michael Dalder (GERMANY - Tags: POLITICS TPX IMAGES OF THE DAY)