No Nuclear Security without Transparency 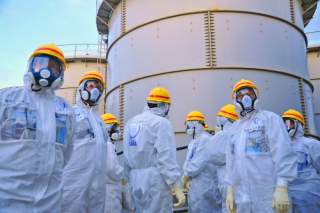 Nuclear security has improved internationally to a great extent through President Obama’s initiative of Nuclear Security Summits, but it still has a long way to go after the NSS process comes to an end. Since the first NSS summit in Washington, many bilateral and multilateral initiatives have been launched by states to guard against the menace of nuclear terrorism. One of the important successes of the NSS process is that it has helped improve the security of fissile materials present in many non–nuclear weapons states if such materials have not been totally removed. Based on international efforts and cooperation many countries have improved their nuclear security by transforming their Design Based Threat.

All the international initiatives to counter the threats of nuclear terrorism underline the fact that international cooperation is indispensable to combat nuclear terrorism. Transparency and accountability are a prerequisite for deeper cooperation and sustainable support. Surprisingly, the discussion on transparency on nuclear security measures is underemphasized or practically absent. Absence of transparency blocks nuclear security agenda in three fundamental ways. It makes it impossible to assess the adequacy of current nuclear security parameters, assess vulnerabilities and fill gaps. It hinders the creation of a complete picture of the threat, based on emerging information or intelligence in different parts of the world. Lack of transparency might result in insufficient security mechanisms for states that do not share information on specifications of the threat or the measures in place to guard against the threat of nuclear theft or sabotage. It inhibits the possibility of learning international best practices, standardization and universalization of best practices.

Guarding sensitive information is a national security question and reliance on secrecy in some aspects of the program is inevitable. However, excessive secrecy does not serve the purpose of national security either. It will fuel mistrust, suspicion, exaggerated assumptions, and worst-case threat scenarios in other countries. There should be graded approach towards nuclear transparency as much as it is applied to other aspects of nuclear safety and security. Risk reduction in nuclear security has to be balanced with the incurred political and economic costs. Without optimum information sharing, there will be no clear indicators of how much risk a specific measure would reduce and how much risk a given facility would be at. For this, more intelligence cooperation and information sharing is required internationally.

Clear guidelines will invite stronger verification measures based on greater information sharing requirements. However, it is not something unheard of in international relations, where states have agreed to both information sharing and verification under various arms control treaties and the IAEA safeguard regime. The NPT is universal in terms of its membership as only four states in the world are not its members. This implies that there exists a scope of information sharing, management and transparency in nuclear security regime that needs to be explored.

The NSS process has ended but the continuing work has been shifted to four different international agencies and multilateral bodies. The immediate next steps for these bodies should be initiate a dialogue on developing mechanism for information sharing and management between parties to help make the agenda of nuclear security not just universal but also standardized. Whether transparency should be established as a norm by sovereign states is not the fundamental question today, but what is the technical minimum states can share to create a robust international nuclear security regime. Nuclear security regime is as strong as its weakest link. Without optimum information sharing, even identifying the weakest link remains a formidable task.