No Substitute for Strategy: What’s Wrong with “Defending Forward” 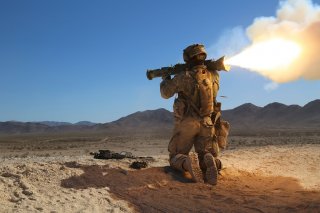 President Joe Biden has entered office promising reform at home and restoration abroad. But American foreign policy needs new thinking, not a return to the past. Despite the serial incompetence of the Trump administration and the poison pills it left behind, the two decades preceding Donald Trump were a time of massive American overreach, and yes, “endless wars.” As the fight to shape Biden’s foreign policy begins, the administration should pause before just pressing the reset button.

For the past twenty years, U.S. foreign policy has been dominated by a group of hawkish, Middle East-centric scholars and officials. The results have been disastrous. Since the September 11 attacks, the United States has squandered more than $6 trillion on wars in the Greater Middle East. It has won none of them. Now, under the auspices of the Foundation for the Defense of Democracies (FDD), many of those same scholars have written a monograph urging the continuation of these policies.

The past four years have treated FDD well—the think tank helped drive and justify President Trump’s withdrawal from the Joint Comprehensive Plan of Action and helped author the “maximum pressure” policy that brought the United States and Iran to the brink of war. Its budget soared from $12.2 million in 2018 to $32.5 million in 2019. Yet at the same time, Trump’s term saw the rise of realist and restraint-oriented foreign policy camps in both the Democratic and Republican Parties. The hawks’ operational environment has gotten worse.

In Defending Forward, FDD is firing an early warning shot across the bow of the incoming Biden Administration. Under a bipartisan guise, with former Secretary of Defense Leon Panetta in the lead, the report calls for a globe-girdling grand strategy that makes faraway problems of all sizes look bigger because they are closer.

Defending Forward suffers from three main maladies. First, it fails to situate its arguments in the context of broad American interests. Second, the authors either misunderstand or misconstrue basic elements of military doctrine in their call for Americans to embrace what they describe as “forward defense in depth.” Finally, the report ignores geography—America’s greatest strategic advantage.

The report’s section on “The Big Debate” offers ad hominem bromides but little strategic guidance. Panetta warns of the dangers in “withdrawing into a defensive and insular crouch.” Clifford May and Bradley Bowman write that those who advocate ending endless wars exhibit “stunning ignorance” because ending them would allow the nation’s “enemies to plot in safety and comfort.” LTG (ret.) H.R. McMaster frets that advocates of restraint want to “avoid all military interventions abroad,” and that their policy proposals are “narcissistic,” relying on “blind adherence to an orthodoxy based on emotion rather than reason.” John Mearsheimer and Steve Walt are described as “realists-cum-isolationists.”

The report’s Big Debate is mostly a sideshow. Instead, the meat of the report is its region-by-region middle section, a punch list of military and diplomatic tasks in the Middle East, Europe, and the Indo-Pacific region. In the Iraq chapter, John Hannah, a former Middle East aide to Vice President Dick Cheney, offers suggestions for learning the right lessons from the Iraq War—albeit without examining the wisdom of starting the war in the first place. Hannah suggests keeping as many troops as possible in Iraq in order to lean on ISIS and to help the “well-intentioned but weak” Iraqi government distance itself from Iran.

Unfortunately, Hannah’s analysis elides basic political realities. The Iraqi government has close relations with Iran—current Iraqi prime minister Mustafa al-Kadhimi would not be in office without Iranian assent. After the assassination of Iranian major general Qassem Soleimani and his Iraqi host Abu Mahdi al-Muhandis in January 2020, Iraq’s parliament immediately called for U.S. forces to leave the country. A month later Hannah called for regime change in Iraq again, after calling in 2015 for regime change in Iran. The main lessons that seem to be escaping Hannah are that America’s ability to control Iraqi politics is limited and the significance of Iraq to the United States is low.

Instead, Hannah blames the 2011 U.S. withdrawal for the rise of ISIS and suggests that if we don’t want an ISIS resurgence, the United States can’t withdraw further. This conveniently ignores the central role that regime change played in allowing ISIS to rise in the first place. Al Qaeda in Iraq, ISIS’ progenitor, was mounting attacks on US troops daily before withdrawal was even part of the discussion.

The closest the report comes to a strategy is its short plea for what Panetta terms “forward defense in depth.” This in turn points to a November 2020 Foreign Affairs article by Kori Schake, Jim Mattis, Jim Ellis, and Joe Felter. That article argues that President Trump was bad for national security and that allies are an unalloyed good, but presents the defense in depth claim in one sentence:

Protecting the United States requires a strategy of defense in depth—that is, of identifying and dealing with global problems where they occur rather than waiting for threats to reach American shores.

That is not what defense in depth means. Defense in depth emphasizes slowing, not blunting an attacker’s advance, ceding space for time, stretching the attackers’ logistics lines and rendering them vulnerable to attacks on their flanks.

It is also strange to market the idea as particularly ally-friendly, as the authors do. The military concept of defense in depth a) assumes war, b) involves ceding territory to the attacker, and c) frequently involves wanton destruction in the area being ceded. The canonical modern example of defense in depth is the Soviets in the Battle of Kursk, the largest and most destructive tank battle in history. Massaging this concept into something Washington policymakers could sell to allies as a grand strategic concept seems like a stretch.

One could attempt to modify this operational concept into a grand strategy, but neither Mattis and his coauthors, nor anyone writing for FDD, has done so. Given that reality, we cannot credit “forward defense in depth” as a clear strategic concept or even orientation.

“Forward defense in depth,” much like the report as a whole, is just old wine in new bottles. It sounds little different from the “flytrap strategy” post-hoc justification for invading Iraq—“fight them in Baghdad so we don’t have to fight them in Boston.” Leaving aside a needed parsing of just who “them” is (accidental guerrillas tend to arise in the face of foreign occupations), this concept ignores the greatest strategic advantage America holds: its providential geography.

A century ago, the French ambassador to the United States, Jean-Jules Jusserand, put it perfectly. America, he wrote, “is blessed among the nations. On the north, she has a weak neighbor; on the south, another weak neighbor; on the east, fish, and the west, fish.” If there is anything truly exceptional about America it is the United States’ location on the map and the enormous advantages inherent in being the only major power surrounded by weak, friendly neighbors and oceans.

While Pentagon planners regularly lament the “tyranny of distance” in describing what it takes to get American troops into a faraway fight, what John Mearsheimer termed the “stopping power of water” is an enormous net benefit for the United States. It is harder for them to reach us than it is for us to reach them. Any prospective foreign adversary would need to subjugate their regional competitors first in order to even think about attacking the United States.

McMaster dismisses America’s geographic advantage with references to terrorists and ICBMs being unconstrained by distance. Recent experience indicates otherwise. The United States, thanks to its geography, remained minimally impacted by the chaos it unleashed in the Greater Middle East. One suspects that were Libyan, Syrian, or Afghan refugees flooding America’s shores, the United States would likely be far more introspective about its “forward defense.”

Modern technology has also increasingly undermined the advantages of forward military presence. While anti-access/area denial concepts may have become an “intellectual junk drawer,” the fact remains that comparatively cheap missiles, mines, and drones have put forward-deployed U.S. forces at unprecedented risk, whether in Iraq or East Asia. Even with air and missile defense batteries, U.S. detachments are often closer to being hostages than threats, especially in the event of a high-intensity conflict.

Forward deployment in defense of allies would require distinguishing between vital interests and secondary concerns. This is not something the Washington foreign-policy establishment has excelled at in recent decades.

Where policymakers have overstated the importance of various problems, as in Iraq, the Afghanistan war, and U.S. Iran policy, all of which the FDD scholars supported, the human and economic costs of their ostensible solutions have been immense. U.S. policy in the Middle East unleashed a maelstrom of sectarian violence, empowered Iran, and created a massive suck on U.S. military and diplomatic attention that would have been directed better elsewhere.

This is where Defending Forward truly runs aground. The general tone of the report is “this much or more, everywhere.” Asia strategists will tell anyone listening that U.S. and allied advantages are declining rapidly in that region. U.S. allies’ defense spending and defense concepts are inadequate to the challenge posed by China. Meanwhile, the pandemic has exploded domestic budgets at all levels, and the prospects for increasing U.S. defense spending by tens or hundreds of billions of dollars per year seem unlikely. As CJCS Gen Mark Milley put it in December, “There's a very strong argument to be made that we may have forces in places that they shouldn't be and we may have forces that are needed in places that they're not right now, and that we need to adjust our global footprint.”