North Korean Missile Bases are a Violation, but Not a ‘Deception’ 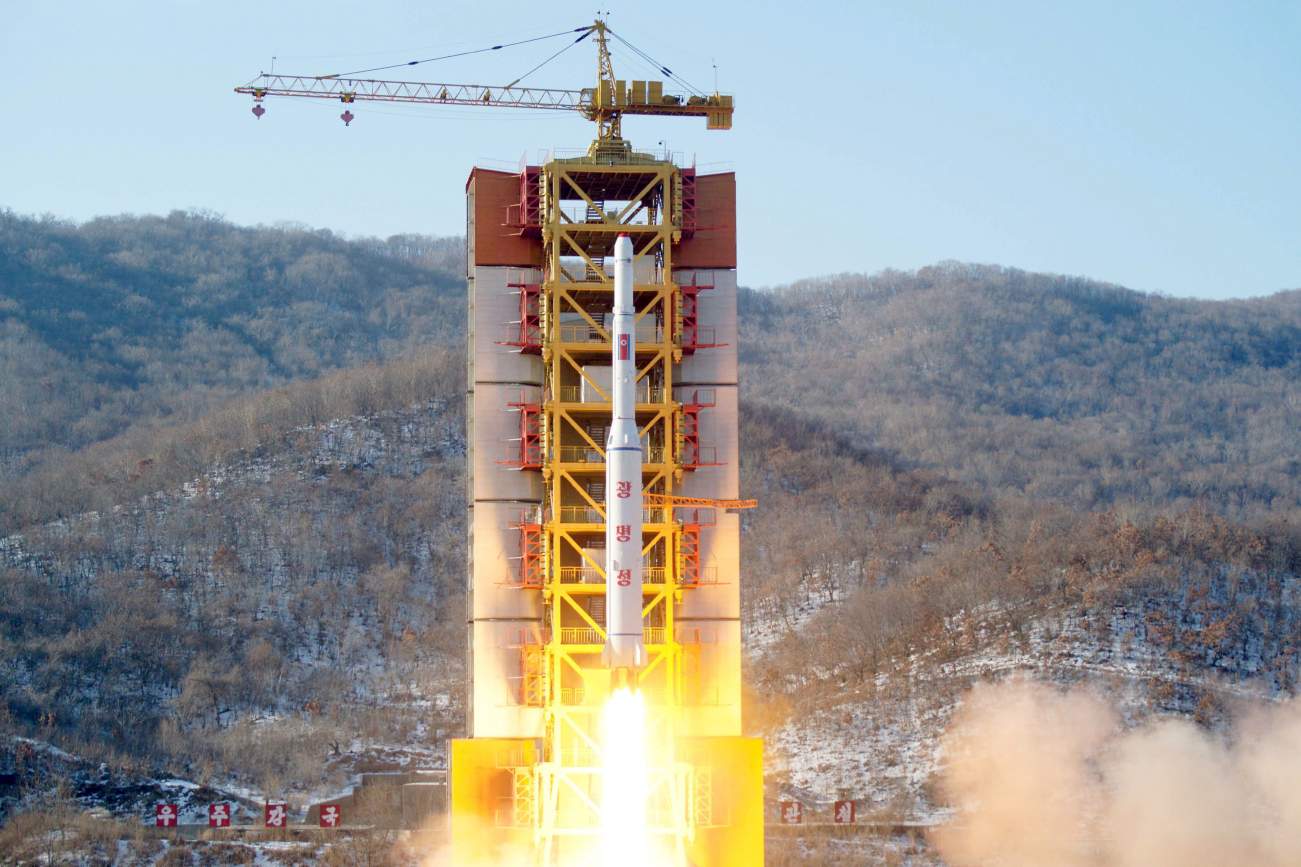 The media misinterpreted and consequently over-hyped a straight-forward imagery analysis report on North Korean military developments. That said, the imagery analysis report by the Center for Strategic and International Studies demonstrates that Pyongyang continues to violate UN resolutions. Moreover, it has taken no steps to curtail its nuclear and missile programs despite four summit meetings with South Korean and U.S. leaders.

The CSIS report provided information on thirteen of an estimated twenty North Korean missile operating bases that could accommodate all classes of missiles. The primary author, Joseph Bermudez, is a renowned expert with decades of experience on North Korean military issues and imagery analysis.

The report makes no comment about ongoing negotiations with North Korea, though it opines that the missile operating bases it identifies “would presumably have to be subject to declaration, verification, and dismantlement in any final and fully verifiable denuclearization deal.”

The New York Times appears to think that North Korea’s failure to declare the existence of these facilities constitutes a “deception.” It does not. None of the summit agreements with the U.S. and South Korean requires North Korea to declare them. While Washington and Seoul certainly wish it were otherwise, the regime has repeatedly rejected calls for it to provide a data declaration of its nuclear and missile programs.

Although not a breach of the terse and flawed summit statements, North Korea’s ongoing missile activity does violate numerous UN resolutions. These resolutions require North Korea to abandon its nuclear, missile, and BCW programs in a complete, verifiable, and irreversible manner.

Devoting such extensive resources to its nuclear and missile programs seems inconsistent with a government planning to abandon its arsenals. Only a few months before his meeting with President Donald Trump, Kim Jong-un directed his defense industry to “modernize its production lines [and] mass produce nuclear warheads and ballistic missiles.”

More broadly, negotiations with North Korea are foundering and do not live up to claims of success by the Trump and Moon administrations. Five months after the Singapore summit, there is still not even an agreed upon definition of seemingly straightforward terms such as “denuclearization” and “Korean Peninsula.”

Despite President Moon Jae-in’s claim that North Korea agreed to abandon its nuclear arsenal, Pyongyang has not declared so publicly nor put such a pledge in writing. Indeed, it has repeatedly rejected U.S. and South Korean depictions of what it would accede to.

Trump has touted his North Korean overtures as being great successes. However, while welcome, none of the developments arising from the initiative—the return of remains, release of detainees, and moratorium on missile/nuclear tests—is unique. All were also accomplished in greater numbers by previous U.S. administrations.

While ongoing “denuclearization talks” would seem to apply only to Pyongyang’s nuclear arsenal, UN resolutions require the regime to not only stop missile testing but also to abandon its missile arsenal and programs. The Trump administration also has made clear its policy goal includes elimination of North Korea’s missile programs.

Responding to the CSIS report, a State Department spokesperson said that “President Trump has made clear that, should Chairman Kim follow through on his commitments—including complete denuclearization and the elimination of ballistic missile programs—a much brighter future lies ahead for North Korea and its people.” This comment is consistent with previous administration statements, including by National Security Advisor John Bolton and Secretary of Defense James Mattis.

Seoul swiftly defended North Korea following release of the CSIS report. This reflects the Moon administration’s priority to defend Pyongyang and the engagement process, no matter how flawed. Seoul should take a hint from its own statement and require more substantial commitment by Pyongyang, rather than continue to advocate yet more economic benefits to the regime while calling for exemptions from UN resolutions and U.S. law.

That North Korea’s ongoing missile and nuclear activities don’t violate the summit statements shows how little progress has actually been made by engaging the regime. Failure of all previous diplomatic attempts to achieve North Korean denuclearization doesn’t preclude yet another attempt.

But it is clear that the United States and North Korea remain far apart over basic definitions let alone the sequencing, linkages and timeline for achieving denuclearization. Pyongyang has resorted to its usual negotiating tactics of dragging out negotiations and eking out benefits for incremental progress on peripheral matters—while holding back progress on the real issue of denuclearization. These tactics have proved successful for the past two decades.

The Trump administration should learn from the past and not be overeager for an agreement. Previous agreements were flawed because diplomats acquiesced to short, ambiguously worded agreements that paid insufficient attention to details. Negotiators should press for clear definitions, provisions, and requirements, as well as rigorous verification protocols —such as the extensively detailed arms-control treaties with the Soviet Union.

U.S. negotiators also should stress that North Korea must demonstrate progress toward denuclearization, even as they reject Pyongyang’s demands for U.S. action to reduce regime security concerns. North Korea is in violation of UN resolutions—not the United States or its allies.

Additionally, the United States should not acquiesce to North Korea’s demand for a peace agreement. Instead, it should press Pyongyang to provide a data declaration of its nuclear, missile, and BCW programs.

Finally, President Trump should not rush into a second summit with Kim Jong-un without necessary preparatory work by U.S. officials lest he risk again making unilateral concessions without attaining reciprocal North Korean actions.

The diplomatic path with Pyongyang remains open, but it will be far longer and bumpier than has been depicted by the Trump and Moon administrations.