North Korea's Big Nuclear Test: What Do We Do Now? 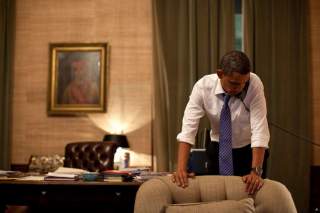 Today’s nuclear weapon test by North Korea represents another grim milestone in a bleak year for Northeast Asian security. This is North Korea’s second nuclear test in 2016, and it could be the regime’s most destructive test with an estimated yield between 10 and 20 kilotons. A statement by the state-run Korean Central News Agency said that the test “examined and confirmed the structure and specific features of movement” for nuclear warheads that can be mounted on “Hwasong artillery units,” referring to a family of ballistic missiles with ranges from 300-1000km. The statement went on to say, “The standardization of the nuclear warhead will enable the DPRK to produce…a variety of smaller, lighter, and diversified nuclear warheads.”

In addition to 2016’s two nuclear weapons tests, Pyongyang made significant progress in its ballistic missile programs over the last year. After some initial difficulties and failures, the North’s fledgling submarine-launched ballistic missile program scored a major success on August 24 when the missile flew around 500km after being launched from underwater. For the land-based missile program, the most recent successful test was on September 5, when three Extended Range Scud missiles (also known as ER Scuds) were fired from a highway and flew 1000km toward the Japanese island of Hokkaido. North Korea’s joint progress on nuclear weapons technology and delivery systems represent a major threat to the stability of East Asia more broadly, and to U.S. allies South Korea and Japan in particular.

This nuclear test should spark a serious debate on the future of U.S. policy toward North Korea. Unfortunately for American policymakers, the most appealing or straightforward solutions carry risks or have proven to be ineffective.

Imposing additional sanctions against North Korea would be a knee-jerk policy reaction with little chance of success. UN sanctions that were approved by the Security Council in early March 2016 did not prevent Pyongyang from conducting its latest nuclear test or improving its missile technology. Stricter sanctions enforcement could increase the economic pressure on the regime, but North Korea has shown a consistent ability to take tougher measures in stride. North Korea is probably the most economically and diplomatically isolated country in the world under existing sanctions. It’s difficult to see how further isolation will somehow bring Pyongyang to heel.

North Korea’s last major economic lifeline is China, but convincing Beijing to seal off its border and complete Pyongyang’s isolation will be very difficult. China may not approve of North Korea’s actions, but having North Korea as a buffer against U.S. military forces stationed in South Korea is the overriding strategic imperative. This is why China is willing to support UN sanctions but unwilling to stop serving as North Korea’s lifeline. Worsening U.S.-Chinese relations spurred on by disputes in the South China Sea and expanding anti-missile defenses in South Korea (see below) give Beijing little incentive to work cooperatively with the United States on tightening sanctions.

Meanwhile, the United States may see missile defense as a shield to protect its allies from North Korea, but a potential unintended consequences of improving missile defense against North Korea is expansion of China’s nuclear arsenal. China relies on a relatively small but survivable nuclear force. If American missile defenses reduce the chance that Chinese weapons could strike the United States, then the credibility of China’s nuclear deterrent is also reduced. This could easily create a security dilemma, wherein actions taken by the United States to protect its allies prompt China to increase the number or quality of its own nuclear weapons.

Getting North Korea to Negotiate:

Trying to get North Korea back to the negotiating table will also be very difficult, especially after Pyongyang has made so much technical progress. Politically, there is a good chance that any negotiations close on the heels of a nuclear test would be interpreted as a successful case of “nuclear blackmail.” The United States also lacks sources of leverage over North Korea in negotiations. The offer of lifting sanctions has relatively little power since Pyongyang is capable of achieving nuclear and military milestones with sanctions in place. Dropping the U.S.-South Korea alliance in exchange for denuclearization could entice North Korea, but such a course of action is highly unlikely.

The question of what to do about North Korea will be front and center for the next U.S. administration. While there is no easy way for the United States to solve the North Korea problem, it should be possible to keep the situation from escalating into full-scale conflict. Kim Jong-Un is a dangerous dictator, but not necessarily an irrational one. The United States must clearly communicate that first use of a nuclear weapon by North Korea will result in the complete destruction of the Kim regime, through either nuclear or conventional means. Improvements in North Korea’s nuclear arsenal create new risks that the United States must address, but deterrence is not dead.

Eric Gomez is a policy analyst for defense and foreign policy studies at the Cato Institute. His research focuses on regional security issues and U.S military strategy in East Asia, with a focus on maritime territorial disputes and China’s military modernization.