The Nuances of Nurturing Nascent Democracies 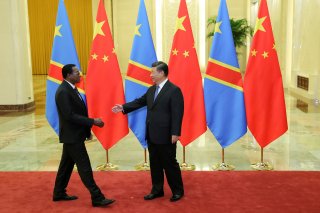 With most of the world moving away from democracy, too little attention is being paid to North Africa where three nations to the consternation of many—Tunisia, Algeria and Mauritania—held successful national elections last year. The United States counts all three as friends and valuable allies in the continuing struggle against extremist terrorism and each deserves our continued support.

I had the honor last August of being invited to Mauritania to witness the swearing-in of President Mohamed Ould Ghazouani who won that nation’s election even though virtually everyone thought the outgoing president would simply ignore his country’s constitution and continue in office. He didn’t and was present to congratulate his successor. It was the first time that Mauritania, which has suffered a succession of coups since the former French colony won its independence in 1960, saw an elected president succeed an elected president.

The emergence of an infant democracy had an immediate impact on the mood of the Mauritanians I met during that visit. They were optimistic about the future and relished the fact that at long last they would have something to say about how their country is governed. The diplomats I talked to while there from nations of the region, as well as Europe and the Americas, were rather pleasantly surprised if a bit perplexed by the development.

An emerging democracy is fragile and must be carefully nurtured to survive. This is particularly true in a part of the world that might best be characterized as a “bad” neighborhood. All of these countries share borders with some of the most unstable nations of the world and all face a threat from the type of extremism that instability breeds. This makes their success, to date, all the more impressive as each of them has had to fend off terrorist attacks emanating from neighboring lands.

Security in Mauritania’s capitol was tight during the inaugural festivities, as one might expect. I was informed while there that the country had not experienced a major terrorist incident within its borders since 2011. Algeria, which endured a rough decade while staving off terror minded extremists in the nineties, is now considered one of the safest tourist destinations not only in Africa but the world.

It has been quite an accomplishment and a tribute to the resolve of these nations but each will admit that they received assistance, technology and training from the United States as they sought to secure their borders and protect their citizens. The elections and progress they are making suggests that the help that the United States has given them has had a bigger impact than most people realize. Thus, the prospect of reducing that help just as it is paying dividends for them and for us all the more troubling.

The United States has spent a lot of money fighting terrorism in the Middle East and North Africa but the amount it has devoted to helping these countries and others has been minuscule in comparison to what it has spent in other parts of the continent with far less success.

The Trump administration is right to reassess and drawback from commitments that don’t make sense and have little impact on its national security interests. It is right to refocus efforts on the challenges to those interests emanating from Moscow and Beijing. Still, indiscriminate cuts may amount to throwing out the baby with the bathwater.

While the terrorists in the region would welcome a U.S. withdrawal and might once again target these countries, China, which is of such concern to U.S. political and military leaders, is pouring people and cash into Africa to gain a foothold on the continent and fill the vacuum it senses will open up as the United States deserts its friends and allies in the region.

The concern is bipartisan. Senate Armed Forces Committee Chairman Jim Inhofe (R–Okla.), who probably knows more about the strategic value of the region than anyone in the Senate, has teamed up with Sen. Chris Coons (D–Del.) to help persuade the White House that while it may make sense to reduce the U.S. international footprint, it would be foolish to abandon friends who are willing to fight the United States’ common enemies so long as they know it has their back.

Military and Africa policy experts privately agree and have been urging caution. U.S. personnel in the region are largely there to provide training, logistical support and intelligence to friendly nations and that, according to many people, will continue.

One would hope not.

David A. Keene is a member of the board of directors for the Center of The National Interest.