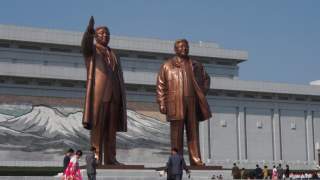 Opponents denounce nuclear diplomacy with Iran as a replay of negotiations with North Korea. They are taking their lead from Israeli prime minister Benjamin Netanyahu, who told the United Nations in October 2013, “[Iranian President Hassan] Rohani thinks he can have his yellow cake and eat it too. And he has another reason to believe that he can get away with this. And that reason is called North Korea. Like Iran, North Korea also said its nuclear program was for peaceful purposes. Like Iran, North Korea also offered meaningless concessions and empty promises in return for sanctions relief.”

The notion that North Korea offered “meaningless concessions” is simply wrong. Until a few years ago, the only way for the North to make the fissile material it needed for weapons was the plutonium program at Yongbyon. Yet it stopped reprocessing to extract plutonium from spent nuclear fuel in the fall of 1991, three years before signing the 1994 Agreed Framework. It did not resume reprocessing until 2003, after the Bush administration shredded what was left of that accord. It thus denied itself tens of bombs’ worth of plutonium.

A review of the negotiating history shows, moreover, that Pyongyang was not alone in reneging. Washington did so, too—often before Pyongyang did—thereby failing to test whether Pyongyang would have complied. As a consequence, there is no sure way of knowing whether nuclear diplomacy would have worked with North Korea.

Take the ill-fated 1994 Agreed Framework for example. In return for a shutdown and eventual elimination of the plutonium program, Washington pledged to provide two light-water reactors and supply heavy fuel oil in the interim. Above all, it promised to reconcile with Pyongyang—“move toward full normalization of political and economic relations.” Yet Washington was slow to follow through on any of its commitments, in part because those ideologically opposed to any international agreements in the Republican-controlled Congress refused to appropriate funds. (Although the first reactor was to be completed by 2003, construction was slow to begin. Annual reports by KEDO, the international consortium set up to provide energy assistance, documents how fuel oil deliveries fell behind schedule.) In reaction, Pyongyang in 1997 began acquiring the means to enrich uranium.

When the Bush administration confronted Pyongyang over uranium enrichment in October 2002, the North indicated it was willing to forgo the program in return for full diplomatic recognition, legal assurances of non-aggression, including not threatening it with the use of nuclear weapons and not impeding its economic development. As U.S. negotiator, James Kelly himself acknowledged three weeks later, “They did suggest after this harsh and—personally, to me—surprising admission that there were measures that might be taken that were generally along those lines.” In her memoirs, Condoleezza Rice elaborates how Kelly was tightly bound in a diplomatic straitjacket:

Usually there is enough trust in an experienced negotiator that the guidance is used more as points of reference than as a script. But in this case, given the fissures, the points were to be read verbatim. There were literally stage directions for Kelly. He was not to engage the North Koreans in any side conversation in any way. That left him actually moving to the corner of the table to avoid Pyongyang’s representatives.

Rice’s conclusion is worth underscoring: “Because his instructions were so constraining, Jim couldn’t fully explore what might have been an opening to put the program on the table.” Instead, President Bush scrapped what remained of the Agreed Framework, and Pyongyang, in turn, resumed reprocessing to extract five or six bombs’ worth of plutonium and ramped up its enrichment efforts.

Negotiations finally resumed in earnest in 2005 and yielded the September 2005 six-party joint statement, in which North Korea pledged to abandon "all nuclear weapons and existing nuclear programs." Yet the ink was hardly dry on that accord when hardliners in the administration capitalized on a Treasury Department investigation of money-laundering at the Banco Delta Asia in Macao to try to pressure North Korea by denying it accounts in banks around the world. For over a year, the North refused to return to six-party talks while seeking to resolve the BDA issue bilaterally. Far from giving Washington leverage, the financial measures prompted Pyongyang to retaliate. Its test launches of seven missiles, including the Taepo-dong 2, on July 4 did just that, leading China to vote for a U.S.-backed resolution in the UN Security Council condemning the tests and threatening sanctions. North Korea, undaunted, immediately began preparations for its first nuclear test, which it conducted on October 9, 2006.

Within three weeks of that test, Washington resumed bilateral talks with Pyongyang to repatriate its funds in the BDA. That reopened the way to six-party talks. Under an October 2007, second-phase agreement to implement the 2005 joint statement, the North disabled their nuclear facilities at Yongbyon. The October agreement said nothing about verification, which had been deferred to the next phase of negotiations. Yet, as Secretary of State Rice acknowledged on June 18, 2008, Washington moved the goalposts: “What we’ve done, in a sense, is move up issues that were to be taken up in phase three, like verification, like access to the reactor, into phase two.” In last-ditch talks that October, the North agreed to allow “sampling and other forensic measures” at the reactor, reprocessing plant and fuel-fabrication facility at Yongbyon, which could have sufficed to ascertain how much plutonium Pyongyang had extracted in the past. If not, it also agreed to “access, based on mutual consent, to undeclared sites.” That oral commitment did not assuage right-of-center governments in Seoul and Tokyo, or hardliners in Washington who insisted it be put in writing. When Pyongyang balked, Seoul suspended energy aid promised under the October 2007 six-party agreement in late 2008. In response to the South’s renege, the North moved in late January 2009 to launch a satellite. Pyongyang delayed the launch until April, ample time for Washington to resume negotiations—the only way to head off the launch and subsequent nuclear test. The Obama administration refused and instead embraced strategic patience.

The critics’ claims about nuclear diplomacy with North Korea are worse than erroneous. They are intended to undermine support in Washington for fulfilling any deal struck with Tehran. For insecure states like North Korea or Iran, the key to denuclearization is gradual reconciliation with Washington—an end to enmity and pariah status. That is precisely what irreconcilables in Israel, Saudi Arabia and the U.S. Congress oppose.

Trust is in short supply on both sides of the negotiating table. Intentions are uncertain. Skepticism abounds. If a deal has any chance of success, Washington has to do what it failed to do with Pyongyang: live up to its commitments and test whether Tehran does so in return.

And while the administration is engaged in nuclear diplomacy, it might try resuming talks with North Korea before Pyongyang moves further down the nuclear road.