Nuclear No-How: What Treaty Difficulties With Russia Mean for China 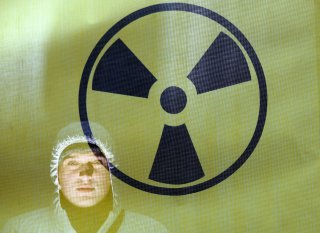 The United States strategy of “containment” was put to the test following the Soviet occupation of Eastern Europe that gave rise to the Cold War. North Korea or the DPRK under the direction of the Soviet Union invaded the Republic of Korea in June 1950. Ironically, the State Department author of the “containment” strategy—George Kennan—opposed President Harry Truman’s commitment of U.S. troops to the Korean conflict although Truman was implementing the very policy of containment that Kennan had proposed in 1946  when he warned of continued Soviet aggression.

Two decades later in 1971, President Richard Nixon initiated a policy of détente and peaceful coexistence with the USSR, and then a year later signed an Anti-Ballistic Missile Treaty with the USSR to ban missile defenses while agreeing in the SALT I treaty with the Soviets to regulate the expansion of the country’s respective nuclear arsenals. Through three administrations—under Presidents Richard Nixon, Gerald Ford, and Jimmy Carter—the U.S. policy was one of seeking growth in trade, investment, and energy with the USSR, under the assumption that the Soviets might be as a result less aggressive in their foreign policy.

For most of the Cold War, the United States played “on its side of the playing field.” But under President Ronald Reagan the U.S. policy changed to a roll-back strategy, aimed to “win the Cold War” and do so “by taking advantage of every Soviet weakness and U.S. strength.”

For the decade prior to the 1982 formal change in U.S. policy, the Soviets secured through trade and theft sufficient computer and other high technology advances from the West to close a fourteen-year gap to three years. The Soviets also thought the worldwide correlation of military forces was entirely on their side. At the same time, the Soviets undertook a rhetorical “peace offensive,” including a “nuclear freeze,” aimed at keeping the American Pershing missiles out of Europe, while the Soviets were deploying thousands of their own medium-range SS-20 nuclear missiles in Europe and Asia.

Thus, it was in that context that the Reagan administration adopted a new seven-fold plan: (1) support internal disruptions in the Soviet empire especially in Poland; (2) promote freedom within the third world especially in Soviet client states; (3) dry up sources of Soviet hard currency (estimated at $37 billion annually); (4) overload the Soviet economy with a technology-driven arms race, including strategic nuclear and conventional force modernization and missile defenses; (5) stop the flow of Western technology to the Soviets; (6) raise significantly the cost of the wars the USSR was supporting; and (7) demoralize the Soviet leaders and generate pressure for change. As Margaret Thatcher, then prime minister of Britain would later write, “I regarded it as my duty to further Reagan’s bold strategy to win the Cold War which the West has been slowly, but surely losing.”

The key to this strategy was understanding the Soviets were spending more on their military than official statistics revealed, and on a Soviet gross domestic product (GDP) far less than was assumed to be the case by most Western analysts. Until 1975, the US intelligence community assumed the Soviets were spending 6 percent of their GDP on the military. The Central Intelligence Agency (CIA), due largely to the efforts of Dr. John Foster, the former director of the Lawrence Livermore National Lab and Assistant Secretary of Defense for Directorate of Defense Research and Engineering, raised its estimate to 12 percent but only after repeatedly refusing to change its historically incorrect estimates. The Defense Intelligence Agency (DIA) argued at the time that it was actually close to 30 percent. In fact, as was later revealed with the collapse of the Soviet empire, the Soviet economy was actually only one-sixth of the U.S. economy and military spending was fully 33 percent and even as high as 40 percent of its economy—not even close to the revised 12 percent the CIA had newly adopted, up from the paltry 6 percent long assumed to be the case.

So, as Reagan and his CIA Director Joseph Casey argued, if the Soviets were “terribly vulnerable economically” then it made sense to “play to these vulnerabilities.” And one key to that was to deplete annual Soviet hard currency earnings which at the time (1980) were estimated to be $32 billion.

The Soviets also knew that Poland was the linchpin of the Warsaw Pact and Soviet power in Europe. Martial law was imposed on Poland in December 1981, and the labor union Solidarity was outlawed. Reagan, unlike most European leaders, wanted to punish Russia. Roger Robinson, a key figure in the National Security Council, successfully pushed for just such a policy that stopped multiple gas pipelines from Japan and Europe to Russia, halted subsidies to Russian allies, stopped technology transfers and suspended the most favored nation status with Poland. The pipeline measures alone cost the Soviets some $15 billion over two years.

The administration also put together a secret alliance with Pope John Paul II that sent $8 million a year to Solidarity in the form of copier machines, printing equipment, VCRs and “freedom tapes” to keep the union alive. As a result, some fifteen hundred underground newspapers and twenty-four hundred books and pamphlets were circulated in Poland, lighting the fuse of freedom.

The National Intelligence Council head Henry Rowen pushed to further strengthen the military challenge to Moscow, predicting the cumulative burden would make the Soviet system implode. The United States doubled its acquisition of military hardware by 1985. The Soviets in 1979 had a three-to-one and two-to-one advantage over NATO in main battle tanks and tactical aircraft. But by 1985, after the Reagan defense build-up, a top Soviet official admitted the new weapons being deployed by the United States and its allies meant that Western Europe could no longer be overrun with Soviet tank armies. Furthermore, Moscow officials believed , the Strategic Defense Initiative (SDI) and missile defense could be 90 percent effective, and that the U.S. counter deployment of Pershing and GLCM theater missiles had effectively checkmated the Soviet original deployment of SS-20 nuclear-armed missiles.

Mikhail Gorbachev, the then Soviet leader, tried to counter America’s challenge. He increased military spending some 45 percent during his tenure, which was in addition to the nearly 50 percent increase in military spending in five years prior to his becoming general secretary. But the relative standard of living continued to decline in Russia and a budget heavily weighted toward military spending worked against continued promises by the government that living standards would soon improve. Eventually, the Soviets began spending 39 percent of their GDP on defense.

So, at the Reykjavik summit in 1986, Gorbachev launched a new diplomatic initiative. If Reagan would put the U.S. SDI program permanently in the laboratory, then the Soviets would dramatically cut their nuclear and conventional military arsenal alongside the United States. Robert McFarlane recently described to a small meeting at the American Foreign Policy Council how Gorbachev tried to persuade Reagan to give up missile defense and fifteen different times Reagan said “No!” Gorbachev then pushed away from the table and as former U.S. Attorney General Meese said, “abandoned the struggle.”

Complimenting the military challenge was the U.S. push to stop the Soviets from purchasing or stealing high technology and earning the hard currency with which to do so. An infusion of high-technology equipment was determined to be critical for the Russian economy to survive and was at the top of the objectives of the KGB. The Reagan administration prosecuted hundreds of cases where U.S. companies violated export controls using a deal made with the Europeans and ratified in 1984 to further toughen such controls. One National Security Council official also designed a companion program where high technology exports to the Soviets were allowed but where U.S. engineering firms were directed to design defects into the technologies the Russians were stealing.

An additional strong thread in the carpet of policies designed to weaken the Soviets was to markedly increase the cost of their wars. Soviet bases in Afghanistan came under attack with U.S.-supplied rocket-propelled grenades and rockets. After twenty-four of twenty-seven Soviet planes were shot down in Angola with US Stinger missiles, the Afghan northern alliance received its first shipment of Stingers and seventy-five of two hundred Russian aircraft were subsequently shot down and destroyed. By 1984, the war in Afghanistan cost the Soviets $4 billion annually.

Next on the list was cutting back on Soviet hard currency and foreign exchange earnings. The United States successfully called into question whether Moscow would stand behind the $30 billion in loans to Eastern Europe. And at the same time, Saudi Arabia increased oil production from two million to nine million barrels per day in 1985. Subsequently, the price of oil and gas dropped precipitously from $30 to $12 a barrel, costing Moscow upwards of $25 billion annually. As a result, Moscow’s oil friends in Libya, Ira and Iran had less money and could not buy more Russian weapons.

Warren Norquist put many of these numbers together in a 2001 essay on how the Cold War was won, which was published by the Journal of Global Competitiveness. For example, Russian assistance to client states escalated to nearly $14 billion a year. Replacing lost western technology; fighting more intense wars in Nicaragua, El Salvador, Angola, and Afghanistan, losing oil, gas, and arms sales revenue, all cost Russia an average of $63.7 billion annually between 1986–89, an increase of nearly $40 billion from the costs of $27 billion in 1982.