A Nuclear North Korea vs. a Strategically Patient U.S.: Who Wins? 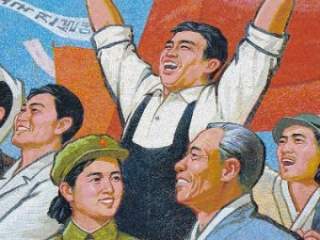 As President Obama heads to Asia, strategic patience in Washington is stirring strategic impatience in Pyongyang. For over a year North Korea has waited for the United States to resume negotiations—but it will wait no longer. It has restarted its reactor to generate more plutonium, is close to completing a new reactor, and is expanding its uranium enrichment. It has test launched two medium-range missiles and has displayed new, untested longer-range missiles starting in 2010. Worst of all, indications are that it will very soon conduct a nuclear test that breaks with the past, both militarily and politically.

Militarily, the North has dropped hints in November 2010 and October 2012 that it is developing a thermonuclear weapon. If successful, the tests could demonstrate its ability to mount a nuclear warhead on its missiles, destabilizing the strategic balance in Northeast Asia.

Politically, the Kim dynasty has long justified its rule by juche or self-reliance - the legitimizing myth that it, unlike its sibling rival in the South, has stood up to all its neighbors and forced them to respect its sovereignty, safeguard its security, and strengthen its economy. Just as it played off China against the Soviet Union during the Cold War, since 1988 it has sought to force the United States, South Korea and Japan to end enmity and provide alternatives to dependence on China. If Kim Jong-un goes ahead with the tests, he will put that strategy in jeopardy. Counting on Beijing for much-needed investment and aid to grow his economy may become fraught: China has just displayed its displeasure by impeding cross-border commerce, though it won’t cut off the North completely.

When the Obama administration took office in January 2009, South Korea was withholding energy aid to the North promised under an October 2007 six-party agreement in order to get a written commitment from the North on verification of nuclear programs. The October agreement said nothing about verification, however, which had been deferred to the next phase of negotiations. Yet, as Secretary of State Condoleezza Rice acknowledged on June 18, 2008, Washington had moved the goalposts: “What we’ve done, in a sense, is move up issues that were to be taken up in phase three, like verification, like access to the reactor, into phase two.”

In response to the South’s renege on energy, the North moved in late January 2009 to launch a satellite. Pyongyang delayed the launch until April, time for Washington to resume negotiations—the only way to head off the launch and curb other weapons programs. Instead, the Obama administration embraced strategic patience. That pose, adopted in the interregnum, was confirmed in a March 2009 National Security Council meeting chaired by Obama. As NSC senior director for East Asia Jeffrey Bader recalls:

“The president told his senior staff he wanted to break the cycle of provocation, extortion, and reward that various U.S. administrations had confronted and ultimately accommodated in the past fifteen years. … Defense Secretary Gates stressed the importance of not providing inducements to bring North Korea back to the table, or ‘not paying for the same horse three times.’ The president agreed. There was no mention then, or at any subsequent time, of candidate Obama’s suggestion of a willingness to meet Kim Jong-il.”

Bader’s account makes it sound as if it was Washington, not Pyongyang that needed convincing.

Strategic patience manifested the belief prevalent in Washington that the North alone had failed to live up to past agreements and was determined to arm so negotiations would be fruitless. Yet Pyongyang had stopped reprocessing plutonium for twelve years from 1991 to 2003, had disabled its nuclear reactor in 2007 (and did not restart it until late last year), and had seldom conducted test launches of medium- and long-range missiles.

Washington’s belief soon became a self-fulfilling prophecy as Pyongyang went ahead with the rocket launch, and soon followed with its second nuclear test. By March 2010 the administration was inching back to the negotiating table only to have the North torpedo a South Korean navy vessel—the Cheonan—eliminating any chance of talks that year.

With U.S. elections on the horizon, the administration moved to head off trouble by resuming negotiations in 2011. With preparations for resumption of testing underway, North Korea agreed to suspend uranium enrichment, keep its reactor at Yongbyon shut down, and allow international monitoring. It also accepted a moratorium on nuclear and missile testing while “productive dialogue continues.” Left unresolved was whether that moratorium precluded satellite launches. North Korea insisted on its right to launch despite a UN Security Council ban. The United States warned a launch would be a deal-breaker.

These arrangements were to be finalized at talks in December 2011, the very week that Kim Jong-il died. They were delayed until February 29, 2012. Whether Kim Jong-il would have gone ahead with the launch and subsequent nuclear test is not known, but his son (and successor) did.

Some in Washington experienced in negotiating with the North thought it was a mistake not to get a written deal that covered satellite launches. That sidestepped a more significant question: why did Pyongyang proceed with the launch and a third nuclear test when it had every reason to believe that the Obama administration was finally negotiating in earnest? No one outside Pyongyang knows for sure.

Administration officials understandably felt double-crossed, which only reinforced their reluctance to resume negotiations. Last fall, North Korean officials indicated their willingness to return to Leap Day and possibly not exercise their “right” to launch satellites. But that was not good enough for Washington, which insisted that Pyongyang had to do more—and without reciprocity from Washington. That was unacceptable to Pyongyang, which saw “commitment for commitment, action for action,” enshrined in the September 2005 six-party joint statement, as the only way to build trust. Last week, Washington, Seoul and Tokyo agreed to soften this stance, but without a commitment to reciprocal steps, it was too little, too late.

The North Korean strategy of forcing others to improve relations has now reached a dead end. So has U.S. strategic patience. With little prospect for a negotiated way out, the security of all of Northeast Asia is in peril.