Nuclear Power Must Not Lead to Nuclear Bombs 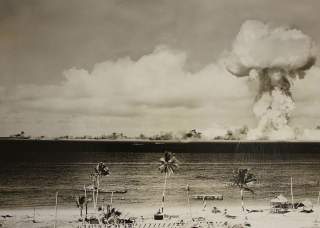 Earlier this month, it was reported that Trump White House wants a new deal with Iran that would eliminate its uranium enrichment. Out of its highly developed suspicion of Iran’s intentions, the White House has stumbled on a principle that needs near-universal application if nuclear energy use is to be compatible with international security.

The reason why is simple: Despite the brave talk from the International Atomic Energy Agency (IAEA) about its technical capabilities to safeguard nuclear power facilities, the fact is, if plutonium or highly-enriched uranium are available to would-be bombmakers, they can be put to bomb use so quickly that other countries would be confronted with a fait accompli. We need to confront that basic fact world-wide.

Decades ago, Fred Iklé reminded arms controllers in a classic 1961 Foreign Affairs article that detection is not enough. Treaties do not enforce themselves. The principal guardians of the treaty have to be willing to enforce it, and to make that manifestly clear. That means potential violators need to be convinced not only that they will be detected, but that they will come out of the experience worse than before they entered upon a treaty violation. But is that really so today for the members of the Nonproliferation Treaty (NPT)? Realistically, what could we do with a now nuclear-armed country, even if minimally so armed? Or, what would we want to do?

In thinking about enforcing a stop to the spread of nuclear weapons we rely too much on an outdated model. During the Cold War, we had a single adversary and felt threatened by any increase in its military capacity. There was no question that we would want to react strongly to any arms control treaty violation, at least if we could do so.

By contrast, in the case of most past and possible future violations of nonproliferation norms, we didn’t—or don't—feel directly threatened by their newly acquired nuclear weapons except in the more abstract sense that additional weapon states further complicate efforts to prevent nuclear wars. And in some cases, the potential violator is a friendly country whom we have no intention of punishing.

So, for example, we appear ready to pounce on Iran if it crosses the line toward nuclear weapons, but would we come down on Japan? South Korea? Saudi Arabia? And if we don’t, where does that lead? Our record on enforcement of nuclear norms does not inspire confidence that we would try to reverse their actions.

Consider India’s broken promise to use U.S. heavy water for peaceful uses, only to use it to make plutonium for its 1974 nuclear explosion. We did nothing in response.

Nor did Israel suffer any consequences for its 1979 nuclear test off South Africa (which has now been established beyond reasonable doubt) in violation of the Partial Test Ban Treaty.

In the 1980s, we ignored Pakistan’s nuclear weapons development because we thought we needed Pakistan’s help to oppose the Soviet invasion of Afghanistan.

When the IAEA found North Korea’s 1992 material declaration to be dishonest, we bribed Pyongyang with $5 billion in power reactors to keep it from leaving the NPT. That this deal later fell apart does not erase the weakness of the initial reaction.

The 1998 Indian and Pakistani nuclear explosions triggered Glenn Amendment sanctions, but these were waived in 2001.

Would it be surprising that a country contemplating crossing the line into nuclear weaponry would conclude that we are not likely to do much in response? What then?

The only way to avoid being presented with an accomplished fact of a new entrant into the nuclear weapons club, and thus to preserve the enforceability of the NPT, is to, at a minimum, ban the access to nuclear explosives and the means to acquire them quickly.

Commercial nuclear power does not need plutonium or highly-enriched uranium. Power reactors do need low-enriched uranium, but that enrichment should take place only in a small number of highly-trusted centers. That is basically the way the world enrichment market works today.

Restricting access to fuels that are also nuclear explosives is in fact precisely what President Gerald Ford proposed in his 1976 Statement on Nuclear Power when he said we should put plutonium (then the explosive of most concern) back on the shelf until the world can cope with the proliferation consequences. Is there anyone who thinks we are there yet?

Of course, we want to keep improving the IAEA’s technical detection capabilities. But current nonproliferation efforts are badly unbalanced. The answer to the problems posed by easy access to nuclear explosives does not lie in nuclear safeguards laboratories. It flows from a realistic assessment of the prospects for enforcement: To permit only those nuclear power activities whose possible misuse provides an adequate margin of protection against sudden diversion to weapons.

What this means, at a minimum, for the immediate future is conditioning nuclear trade with all countries (other than the five NPT-authorized nuclear states) upon legally binding pledges not to enrich uranium or separate plutonium, and working with other suppliers to make that a universal standard.