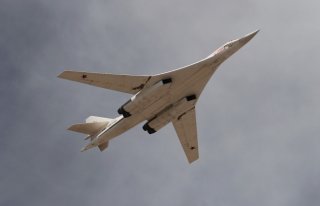 Despite its alarming rhetoric, Russia’s reticence to use nuclear weapons thus far suggests that the threshold for nuclear use remains somewhat high. Economic sanctions are significantly harming the Russian economy. Ukraine has killed tens of thousands of Russian soldiers with transparent support from NATO countries. Finland and Sweden have abandoned neutrality by applying for NATO membership. Ukrainian president Volodymyr Zelenskyy remains in power and Ukraine is regaining some lost territory. Yet, despite these setbacks, Russia has not yet shown clear signs of preparing its nuclear forces for military applications.

The possibility of nuclear use, however, still looms large. Although Ukraine and its Western supporters have not yet crossed a threshold that has resulted in a nuclear attack, an expansion of war aims increases the likelihood that those thresholds may be crossed.

The concern for analyzing the future trajectory of the war, however, is that analysts have become overly confident in crisis stability and the controllability of escalation. Even if the West and Ukraine do not cross what appear to be Russia’s red lines, the simple act of approaching those thresholds can create the conditions that increase the likelihood of accidental or unauthorized nuclear use and encourage preemptive strikes against a mobilizing Russian nuclear arsenal.

As the United States continues to develop its strategy in Ukraine, policymakers should remain extremely cautious about the potential for unintended nuclear escalation. Calls for caution are not driven by fears of Putin’s feelings, but rather an attempt to better inform the cost-benefit calculations that analysts and policymakers make when considering pathways forward. The likelihood of nuclear use may indeed be low, but given the extraordinary costs associated with a nuclear exchange, it is prudent to maintain a focus on reducing nuclear risks whenever possible.

Giles David Arceneaux is an assistant professor of political science at the University of Colorado, Colorado Springs. He is also the Rossetti Fellow for Future Conflict at the United States Air Force Academy’s Institute for Future Conflict and a non-resident fellow with the Eurasia Group Foundation. The views expressed in this piece are those of the authors and do not reflect the official policy or position of the U.S. Air Force or the U.S. Government.

Rachel Tecott is an assistant professor in the Strategic and Operational Research Department at the U.S. Naval War College. She is also a non-resident fellow with the Eurasia Group Foundation, and with the Center for New American Security. The views expressed in this piece are those of the authors and do not reflect the official policy or position of the U.S. Navy or U.S. Government.