Obama in Havana: Turn Back to Human Rights 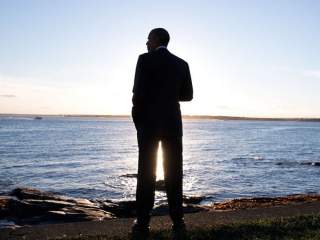 Mr. Obama and General Raul Castro have already met. Their famous handshake occurred last year, at the Summit of the Americas.

Today, a little over year after the president’s radical shift in Cuba policy, conditions have not improved for the Cuban people. The government has not loosened its grip on the economy. Octogenarian generals are still the titans of Cuban industry. Human rights activists face heightened levels of repression. As for the political system, Raul Castro has vowed that Cuba will remain a communist nation.

Proponents of the president’s policy shift have praised his decision to visit the island. What they fail to acknowledge, though, is that this decision reveals the true intent of his Cuba policy: the legitimization of the Castro regime.

In trying to be “progressive,” the White House is actually taking bilateral relations backwards—replicating the relationship between the United States and Cuba in the 1950s. Exploitative economic conditions, dominated by big business interests, led to the Cuban revolution. Those interests funded the Batista dictatorship, which allowed tourism and dollars to trump human rights and freedom.

Today, one of the lead advocates of “normalization,” in terms of dollars, has been the U.S. Chamber of Commerce. While free enterprise is a wonderful—indeed, liberating—force, cronyism and cartelism is not. Business interests should never be allowed to jeopardize or dictate U.S. national interests, but the Chamber has never been shy about trying. It actively lobbied against U.S. involvement in World War II and fought President Reagan’s Soviet Union boycott. More recently, it lobbied against Iranian sanctions in 2011 and Russian sanctions (in response to Ukraine) in 2014.

Part of the problem of Obama’s new Cuba policy is that it ignores the Castro regime’s long, sad history of violence, murder and poverty as tools of repression. While Obama may be able to sweep that under the rug, generations of exiles and their sons and daughters (myself included) will continue demanded the justice due.

Here, the hypocrisy of progressives is jarring. The Castro regime embodies everything the left supposedly hates: military dictatorships, racism, economic imperialism and repression of freedom of expression. Yet the Obama administration cabinet members are frequent guests of the Castros. The same administration continues to turn a blind eye to Cuba’s ‘Nelson Mandela,’ Jorge Luis Garcia, commonly known as Antunez. A dissident of Afro-Cuban descent and a former political prisoner of seventeen years, Antunez still fights for freedom on the island. Despite his high profile (he was House Speaker John Boehner’s guest at last year’s State of the Union address), he and his wife have been repeatedly arrested and brutalized by Cuban security services. Their only crime is being political dissidents who want a free and democratic Cuba.

Another advocate for restoring relations is Sen. Patrick Leahy (D-VT). The long-serving senator is a frequent critic of abuses by military forces in Latin America. The U.S. law that bans  American assistance from going to foreign security services that have “committed a gross violation of human rights” bears his name.

Yet Senator Leahy remains a tireless supporter of restoring relations with the Western Hemisphere’s longest running and most ruthless military dictatorship. Progressives seem to have a blind eye when it comes to upholding human rights standards in Cuba.

If Secretary Kerry’s actions during the embassy opening are any indication of how dissidents will be treated during Obama’s visit, expectations should be kept low. Kerry claimed dissidents would not be invited to the flag ceremony at the American embassy “because that is a government-to-government moment with very limited space.” Yet the AP reported that State Department officials shunned them to avoid angering the regime. Where freedom-fighting dissidents could have witnessed the American flag being raised, a multitude of anti-embargo lobbyists and representatives from the U.S. Chamber of Commerce took their place.

Timing is everything in politics and the timing of the president’s announcement about visiting Cuba reinforces what critics of normalization have been claiming: that the new policy is aimed at propping up the Cuban government. Shortly before that announcement, Cuba’s Minister of Foreign Trade and Investment, speaking before the Chamber of Commerce, urged the administration to continue granting the regime cash flows by easing the embargo. Twenty-four hours later, the president announced his travel plans.

To stand up for democracy, President Obama should not allow this brutal regime to dictate the terms of his visit, as Secretary Kerry did during the embassy opening. President Obama must not allow the Castros to set his itinerary, particularly whom he meets with at the U.S. embassy, which is sovereign American territory. Cuba’s heroic dissidents deserve an opportunity to meet with the U.S. president and acquaint him with the real Cuba, the one they know all too painfully well.