Obama’s New Enforcers Are in the Department of Education? 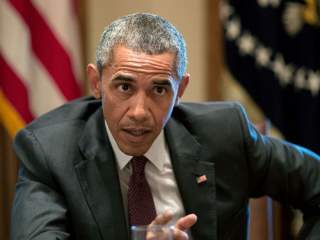 On February 8, Acting Secretary of Education, John B. King Jr. announced the federal government’s newest “flying squad”: the “Student Aid Enforcement Unit.” Its mission, according to King, is to protect students and taxpayers by “respond[ing] more quickly and efficiently to allegations of illegal actions by higher education institutions.” Put another way, if students of a private company offering post-secondary education complain that they didn’t get as good a return on their education investment as promised, the enforcement unit will jump in and dispense justice.

Before affixing that “I support the Student Aid Enforcement Unit” bumper sticker to your car, it would be prudent to ponder a few key questions that Mr. King has yet to answer.

First, is fraudulent advertising by for-profit higher education institutions a real problem, or is there simply a small albeit loud group of disgruntled students looking to bring in some government muscle for backup? Assuming it is a real problem, why does the Education Department need to get involved? After all, deceived students can sue fraudulent companies themselves.

Second, if this is a genuine problem that rises to the level of a compelling federal interest, why must the government resort to criminal law rather than civil law to make ill-served students whole?

Third, why must the government create an entirely new criminal law enforcement unit within a regulatory agency? Will the Department of Education now claim authority to write regulations with criminal penalties attached?

And finally, if this type of fraud is truly a significant federal interest, why did President Obama not address it through existing channels by simply increasing the budget of the Federal Bureau of Investigations?

If this is merely a political move designed to win loyalty among young voters, someone in Congress should call the administration on it.

To the first question: Fraudulent representation of the value of a specific education program doesn’t appear to be a federal problem. The Justice Department compiles prosecution statistics annually and regularly alerts the public to major and emerging criminal issues via speeches and press releases. The Department has yet to articulate how many fraud cases have been brought against private colleges and universities.

This isn’t to say that predatory lending or trickery in higher education is nonexistent. In September 2014 the Consumer Financial Protection Bureau (CFPB) charged for-profit Corinthian College with conducting an “illegal predatory lending scheme.” CFPB alleged that “Corinthian lured tens of thousands of students to take out private loans to cover expensive tuition costs by advertising bogus job prospects and career services,” and “then used illegal debt collection tactics to strong-arm students into paying back those loans while still in school.”

These allegations may be true—nobody is denying that fraud does happen. But one problem in one state, even 50 problems in 50 states, do not necessarily require the federal government to spend its valuable resources creating new criminal law enforcement entities within its regulatory agencies.

Assuming this is a problem that requires federal time, money, and attention, there is no clear reason why Plan A should involve criminal law enforcement—especially when lawmakers are focusing so much attention now on criminal justice reform.

Besides, we already have an agency established to investigate violations of federal criminal law, including fraud: The Federal Bureau of Investigations. President Obama’s 2017 budget requests $13.6 million for the Education Department to fund these new enforcers. If this is a national crime problem, why not give that money to the FBI to hire new agents or reassign existing FBI agents to investigate these cases?

A Department of Education press release explained that, at Education, the $13.6 million would fund four specific components within an Enforcement Unit to be helmed by Robert Kaye, “one of the nation’s top enforcement attorneys.” First, an Investigations Group will “identify potential misconduct or high-risk activity among higher education institutions and protect federal funding.” That’s a very broad mission statement—one that could enable investigatory abuses like those of the IRS targeting conservative groups or DOJ’s Operation Choke Point.

Second, a Borrower Defense Group will work with other federal and state agencies to provide legal advice, “investigate institutions in connection with borrower defense claims,” and “make determinations of injury.” It is not entirely clear whether such determinations will be used in criminal cases, civil cases, or both; or whether the Borrower Defense Group’s staff will act like investigators, counselors, advisors, or something else.

Apparently trying to clarify the matter, the press release goes on to say that this component “will collaborate with, and incorporate evidence gathered in investigations by, partner state and federal agencies, in building cases against institutions of higher education, “collaborate with the Program Compliance Unit regarding evidence which may impact ongoing program compliance reviews,” and “utilize a broad set of interventions and tools, including subpoena authority, document demands, and interrogatories and interviews to enforce against violations of federal law.”

The third component, the Administrative Actions And Appeals Service Group, will “impose administrative actions such as Emergency, Termination, Limitation, Suspension or Fine actions.” Basically, it will serve as the agency’s punisher, “resolv[ing] appeals from final audit and final program review determinations, initiat[ing] debarment and suspension actions, and issu[ing] school revocation and denials of re-certification.”

Senator Dick Durbin (D-IL) tried to justify this program by saying “[s]tudents and taxpayers need aggressive enforcement of the law to spare students from fraud. . . . By combining the forces of our federal and state governments, the bad actors in higher education will meet their match.”

Are students truly incapable of sparing themselves?

Whether or not the answer to that question necessitates any federal government action, “bad actors” who commit fraud already have a highly-trained adversary: The Federal Bureau of Investigations. Why the president needs a new group of criminal law enforcers inside a regulatory agency is an open question.

It is one that “students and taxpayers” should care about if they’re being forced to pay $13.6 million for “protection.”

John-Michael Seibler is a visiting fellow in The Heritage Foundation’s Edwin Meese III Center for Legal and Judicial Studies.