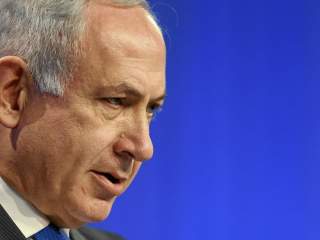 From the very start of his presidency, Barack Obama has expressed clear preference for “a world free of nuclear weapons.” In principle, of course, this openly revealed hope for eventual nuclear disarmament may initially have sounded altogether admirable and benign. In fact, however, it was never remotely plausible, and it was also never desirable. Indeed, if nuclear disarmament had actually been taken seriously as tangible policy (thankfully, it wasn’t), this delusionary sentiment could have led the United States and certain allies to sometime incur very substantial or even incalculable military harms.

Now, however, it is time to look forward, not backward. Today, in geostrategic terms, and at the incontestable twilight of Obama’s presidency, it is far more important for all Americans to inquire about the nuclear policy sentiments of his likely successor, whether Democrat or Republican. For example, we will need to ask: “Will our next president share Obama’s more-or-less visceral correlation of nuclear military force with evil in world politics?”

Any such correlation seems to have been rooted in the president’s unhidden presumption that nuclear weapons, precisely because of their conspicuously unique power of destructiveness, are more than “merely” dangerous. In this starkly confused view, such weapons are taken to be inherently bad. Here, at least in terms of formal logic, the conclusion doesn’t follow at all from the premises. This conclusion is very plainly fallacious.

But it’s not just a question of errors in logical reasoning. History, too, should instruct our next president that atomic arms are assuredly not per se destabilizing. In many volatile and otherwise still-perilous circumstances, he or she will need to understand, nuclear weapons can even prove to be distinctly peace-enhancing.

This conclusion was most evidently recognizable during and after the Cold War, when two superpowers—Manhattan Project director J. Robert Oppenheimer had then called them “two scorpions in a bottle”—successfully avoided uncontrolled escalations to World War III. Arguably, it should now be borne in mind, without a stabilizing nuclear “balance of terror,” such a conflagration could have been much more likely.

We—the United States and now Russia (no longer the Soviet Union)—are already embroiled in what might best be described as “Cold War II.” Are the same nuclear deterrence lessons apt to apply this time around? Our next president will need, above all else, to ask this core question.

None of this is meant to suggest to President Obama’s successor that further nuclear proliferation would generally be a positive development, or even a potentially tolerable one. Still, there are at least some beleaguered nation-states that could not reasonably hope to survive amid the steadily expanding global chaos without displaying suitably persuasive forms of nuclear deterrence.

Israel is surely the most obvious case in point.

Should the Jewish state ever have to face its myriad enemies without some form of nuclear deterrence, whether more fully disclosed, or still “deliberately ambiguous” (the “bomb in the basement”), its long-planned elimination by relentless foes could then be accelerated. This unprecedented situation could arise, even if all of these enemy states were to remain nonnuclear themselves. On this prediction, it is critical to bear in mind that Israel is literally half the size of America’s Lake Michigan.

Israel, a country smaller than an American lake, has no meaningful “mass.” Ultimately, observed Carl von Clausewitz, the great classical Prussian military theorist, “mass counts.” In essence, it is perhaps on the basis of such earlier Clausewitzian reasoning that Israel is now apt to continue with its plans for the submarine-basing of certain plausibly “last-resort” retaliatory forces.

Israel’s security dilemma is plainly unique, or sui generis. For existential deterrence, and more than any other state on earth, Israel requires nuclear weapons and doctrine just to remain “alive.” In this connection, our next president must finally be made aware, war and genocide need not be mutually exclusive. Historically, war has several times represented the intended “medium” within which a planned genocide was purposefully and efficiently “cultivated.”

Unsurprisingly, from the start, President Obama has favored the idea of a “nuclear weapon-free zone” in the Middle East. Nonetheless, should Israel ever be forced to begin any process of prompt or even gradual denuclearization, nothing of any decisive military consequence would then stand in the way of prospectively genocidal enemy (Arab and/or Iranian) attacks. In other words, without its presumed nuclear weapons, our own next president should finally appreciate, Israel’s indispensable capacity to deter major aggressions could disappear.

What would happen if Israel, under sorely misguided American pressure, were to relinquish any or all of its available nuclear options? Under such dire circumstances, Israel would not only become more openly vulnerable to enemies’ first strikes, it would also be deprived of its most essential and residual preemption options. The intellectual reasoning here may be a bit difficult for American political leaders to fully fathom (it is complex dialectical reasoning), but the main point is simply this: Israeli counter-retaliatory deterrence would be immobilized, at least in part, by any reduction or removal of its nuclear-weapons potential.

This would not be a problem for Jerusalem if Israeli preemptions could ever be judged 100 percent effective against enemy unconventional forces, but any such efficacy is inconceivable. It is also worth pointing out to our next president, Democrat or Republican, that no deployable system of ballistic missile defense, Israeli or American, could ever hope to achieve the needed 100-percent level of enemy missile interceptions. Even if Israel and/or the United States could ever hope for an overwhelmingly high “reliability of interception,” anything less than complete perfection would be insufficient in the face of an enemy nuclear missile attack.

All nuclear-weapons states, President Obama never quite understood, are not created equal. Some, like Iran, even after the July 2015 Vienna Agreement, could sooner or later present a serious threat of nuclear aggression. Others, like Israel, require nuclear weapons and doctrine for self-defense, that is, just to stay “alive.” Without these needed weapons of atomic deterrence, Israel’s irremediably tiny mass would quickly condemn the Jewish state to Dantesque oblivion, into the Inferno’s fire, and “into the ice.”

Israel’s nuclear weapons are needed to fulfill essential deterrence options and, perhaps more residually, certain counter-retaliatory options. These nuclear weapons and corollary doctrine could prove necessary, inter alia, to make any large-scale Israeli preemptions “cost-effective,” and should never be negotiated away for illusory gains or advantages. This survival imperative remains valid today, no matter how appealing the thoroughly idealized Obama vision of a “world without nuclear weapons.”

There is more. U.S. security is linked with Israel’s survival. Looking ahead, our next president must understand that the resilient architecture of Israeli security (like that of American security itself) must be constructed upon a solid foundation of nuclear weapons and doctrine. If this core architecture is considered analytically in both Jerusalem and Washington, that would best assure the avoidance of expectedly genocidal wars in the Middle East.

The next U.S. president, Democrat or Republican, should finally take heed. Nuclear strategy is a game that sane national leaders simply must “play,” however reluctantly. The underlying struggles in world politics, they will need to understand, are not based upon any stark polarities of good versus evil, but rather on the immutable obligation to defend civilized states and peoples from intended annihilatory harms.

Judged from the closely intersecting standpoints of Israeli and American security, it would be counterproductive for any American president to advocate, once again, a fictional world that is “free of nuclear weapons.”

Louis René Beres is author of some of the earliest major books and articles on Israel’s nuclear strategy, including Apocalypse: Nuclear Catastrophe in World Politics (The University of Chicago Press, 1980) and Security or Armageddon: Israel’s Nuclear Strategy (Lexington Books, 1986). Chair of Project Daniel, a 2003 private nuclear advisory to former Israeli Prime Minister Ariel Sharon, his twelfth book—Surviving Amid Chaos: Israel’s Nuclear Strategy—has just been published by Rowman & Littlefield (2016). Professor Beres was born in Zürich, Switzerland, at the end of World War II.