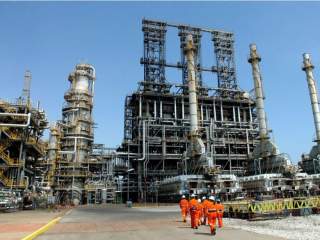 On Sunday, Dec. 6, Venezuelan voters dealt the most serious blow to Bolivarian socialism, or 'Chavismo,' since an ephemeral overthrow of former president Hugo Chávez himself by the Army back in 2002. This time the assault came from the ballot box, however, and the incumbent socialists, led by President Nicolás Maduro, lost control of the unicameral legislature for the first time in the twenty-first century. While an opposition win had seemed a growing possibility in recent months—as Venezuela’s economy has collapsed due to a heavy crude blend of cheap oil and inspired mismanagement—neither side expected a trouncing of this magnitude. The coalition of opposition parties, the Democratic Unity Roundtable (Mesa de la Unidad Democrática, MUD), won at least 112 seats out of 167: a two-thirds legislative supermajority with broad constitutional authority, theoretically allowing it to unilaterally introduce constitutional amendments or presidential recall initiatives to the public for referenda, as well as firing and replacing Supreme Court justices and electoral authorities. (We say “theoretically” because in Venezuela there nearly always is a difference between theory and practice; the government will certainly do what it can to sideline the legislature entirely.)

Seen from afar, the rejection of Chavismo represents part of a larger regional shift back to the center, as can elsewhere be seen both in Mauricio Macri’s Argentine upset for the presidency and in the strengthening push to impeach Brazil’s beleaguered Dilma Rousseff. Yet the failure of Chavismo likewise contains much that is homegrown. Latin American populist revolutionary systems invariably run on some combination of bread and circuses; in Venezuela that bread was more sumptuous, and the circus louder, than in any of its neighbors. The latter was pumped out with the help of a vast empire of propaganda, powered by Chávez’s own hyperkinetic and charismatic personality. While Maduro inherited the structures for this his own personality, a veritable all-you-can-gaffe buffet of unnerving unpleasantness has managed to alienate many who were once fiercely loyal to Chavez.

Yet while Maduro’s own failings may have played a significant role, the unmistakable lack of bread in today’s Venezuela was truly decisive. After all, that was the second pillar supporting Hugo Chávez success and the system he created: an ultimately unsustainable system of social services, subsidies, and programs that relied on an ever-increasing oil price.

Even for Chávez, who was beloved by many, popularity was often tied closely to the country’s economic landscape, which in turn was invariably tied to oil—the commodity which alone accounts for upwards of 95 percent of Venezuela’s export market and half of its public-sector budget. For unpopular Maduro, whose mismanagement of the economy had already sent Venezuela into recession even before the collapse of oil prices in the fourth quarter of 2014, it has been fatal.

Ravaged by inflation in the triple digits, regular scarcities of basic goods and GDP growth expected to hit negative 10 percent, it would have taken a great deal to win back the benefit of the doubt. And Maduro and his cronies can no longer turn to the central bank to buy them loyalty from the people.

When Chávez took office in early 1999, oil was trading at less than $15 a barrel, but its price started going up almost instantly. By the time he was elected to his third term, in 2006, it was trading at about $60 per barrel; by the time his presidency ended upon his death in 2013, a barrel of oil was worth almost $100. Venezuela has long been among the ten largest oil exporters in the world, and with oil prices through the roof, it had staggering amounts of cash to spend. And spend the Chavistas did, on food and electricity, on education and housing, and on doctors from Cuba to replace Venezuela’s own emigrating educated class. Where countries like Chile and Colombia set up stabilization funds to squirrel away national wealth for the end of the boom cycle, Venezuela spent like there was no tomorrow. Beyond the public programs that kept the system in place, much of the bonanza was lost to corruption—the personal enrichment of a new socialist elite and their families—as well as international largesse programs like Petrocaribe, which through generous oil diplomacy in the region, allowed Venezuela to punch outside its weight class geopolitically for a time.

Then, just as Maduro was taking the helm, two things happened that led to collapsing oil prices. In 2013, Chinese growth began decelerating, just as the Eurozone was moving from crisis to panic, significantly reducing the demand for oil. On the supply side, the revolution in hydraulic fracking technologies and the United States’ rapidly escalating domestic oil production levels began to come into their own. In a span of less than four years, American oil producers almost doubled their output. Net imports declined rapidly as a result, and with it the demand for oil from elsewhere. Oil prices tumbled, going from highs over $100 per barrel in the summer of 2014 to as little as $40 a few months later, which is where they have remained.

It has been a year since dwindling oil prices started putting downward pressure on the revenue streams of many of the dictatorial, totalitarian and Bolivarian regimes in the world today, and we are starting to witness their geopolitical fruits. Oil, perhaps uniquely in the major commodities, lends itself to government impunity given its price and relatively one-sided capital-to-labor ratio: a golden goose that can feed a great many but relies on a very few. In a televised speech on Tuesday, following his legislative loss, a clearly resentful Maduro told his audience, “I wanted to build 500,000 homes for you this next year but now I’m not so sure.” He explained, “It’s not because I can’t, of course I can, it’s because I asked you to support me, and you didn’t.” A more succinct and clear example of government petro-clientelism would indeed be difficult to find.

In Venezuela, where “the economy” writ large is essentially oil, the government that owned the oil company and the oil fields also therefore owned the economy, and for a time could wield it to keep all else in the country at bay. The government’s hyper-regulation of the private sector stood in sharp contrast to a deliberate failure to ever self-regulate. The resulting economic wasteland exacerbated the country’s petro-dependency, and once absent his oil windfall, Maduro’s propagandists were suddenly neutered. Unable to buy love, Maduro has instead turned to fear: incarcerating opposition leaders and eliminating dissident media, while clearly alienating a great percentage of the Venezuelan voting public in the process.

Others seem likely to follow suit. Russia is being forced to cut health care spending by an additional 8 percent, drastically reducing life expectancy, which is getting dangerously close to the single digits. Saudi Arabia, which produces little beyond oil and hatred, has to borrow a dollar for every four it wants to spend. A small comfort to the increasingly isolated Maduro to know that he is certainly not alone—at least not for long.

Daniel Lansberg-Rodríguez is an international risk analyst based in Chicago where he teaches Latin American business at the Kellogg School of Management. Stan Veuger is an economist at the American Enterprise Institute.