One Easy Step toward Peace in Afghanistan 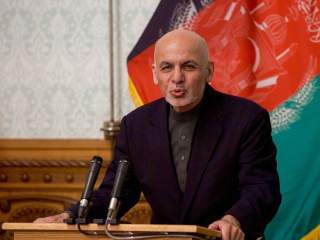 Prolonged conflicts are always difficult to resolve, since most of the time they depend on unexpected windows of opportunity. Unfortunately, Afghanistan has been at war for the past thirty-nine years. Warring parties, foreign interventions and internal power struggles have all made it difficult to find a peaceful solution to the protracted conflict.

Despite the long war, many opportunities have arisen that could have resolved the conflict. Following the Soviet withdrawal in 1989, both the United States and Pakistan failed to influence the mujahedin to reach a political settlement with Afghanistan’s former president, Najibullah. Seizing this opportunity could have saved thousands of lives and government institutions, while preventing the dissemination of radicalism. But the United States and Pakistan utterly failed to seize it.

The second missed opportunity to reach a political settlement in Afghanistan was from 1996 to 2001, when the Taliban regime controlled over 90 percent of the country. The Taliban regime and the resistance led by the late Ahmad Shah Massoud, whose Northern Alliance was confined to the country’s extreme northeast, had held several meetings in neighboring countries including Turkmenistan but did not succeed in reaching a consensus.

Following the September 11, 2001 attacks in America, the United States and its allies decided to launch a military campaign against the Taliban, ousting its regime in a very short period of time. On November 25, 2001, the Bonn Conference was arranged, where different groups and influential figures of Afghanistan were invited to participate. However, two major Afghan groups, the Taliban and Hezb-i-Islami Afghanistan (HIA), were not invited to the Bonn Conference, and denied a share in the future of the Afghan government. This was the third crucial mistake of the United States and its allies. The effect was the marginalization of a large segment of society, which later became a systematic insurgency against the foreign forces and the Afghan government, which continues today.

Since then, there have been many initiatives, on the part of both the Afghan government and the international community to settle the Afghan dispute; none have succeeded so far.

After his elevation to the presidential palace, President Ghani stated that he would bring peace to the country by convincing both Taliban and Hezb-i-Islami leadership. In a bid to bring about peace, he approached the Pakistani government and its military to persuade the Taliban to approach the negotiations table for diplomatic peace talks. Ghani’s efforts were only reciprocated by lip service from Pakistan instead of concrete actions. As a result of the Pakistani government’s uncooperative and careless diplomacy, Ghani has stated clearly that he will not rely on nor request Pakistan to urge the Taliban to seek peace.

Dividends for the Government and Hezb-i-Islami

If the Afghan government reaches a political agreement with Hezb-i-Islami, it will be the national unity government’s (NUG) biggest success since its election. The government can successfully include in the system a party that has not accepted the offers of other governments over the past four decades, which is the case for Hezb-i-Islami.

Further, the inclusion of HIA will have salutary impacts regarding the Taliban. Their return to the political field in Afghanistan will definitely encourage the Taliban to join the political settlement too, since they are reluctant to trust the Afghan government. On the bright side, the addition will play a key role in decreasing violence across the country. However, if the government fails to reach an agreement with HIA, it will be difficult to bring both HIA and the Taliban into political and diplomatic negotiations. HIA is considered a modernizing group when compared to the hard-line Taliban. Furthermore, HIA consists mostly of Afghans who are interested in national diplomacy, unlike ISIS and other groups that have no interest in bringing peace to the Afghan population. HIA was one of the most renowned political parties of Afghanistan during the eighties and nineties, including members from all ethnic groups of Afghanistan. Since the party still enjoys robust support across the country, its arrival will play a very key role in strengthening Afghanistan’s democratic system. After the fall of the Taliban, a political vacuum was created when both the Taliban and HIA were driven out of the political arena, which was subsequently filled by the Jamiat Party, led by the late Burhanuddin Rabbani. Thus their arrival will definitely fill an important role in Afghanistan's political balance.

According to many political analysts, Afghan refugees who still reside in Pakistan are used against the Afghan state by both state and nonstate actors. If a political agreement is reached, it will pave the way for a smooth return of a large number of refugees, who are waiting for such a deal.

After the Soviets invaded Afghanistan, a large number of Afghan cadres either left Afghanistan or were killed. HIA’s members have isolated themselves from working with the government for the past four decades. The Afghan state will be strengthened by their return to the system..

On the other hand, this is a golden opportunity for the HIA leadership and its supporters to strike a peace deal with the Afghan government that will pave a way for the return of its leadership through democratic means. Also, the removal of their leaders’ names from the blacklist will permit a chance for them to play a key role in the transformation of Afghan politics.

The current national unity government is facing too many troubles, and has not delivered on some of its promises. The NUG has yet to complete its cabinet, improve the security situation and tackle the country’s economic problems. It also failed to create employment opportunities for the youth, and as a result, hundreds of thousands of people have left the country for abroad.

Despite of all these failures, if the current NUG succeeds in reaching a political settlement with HIA, it will enjoy massive credibility. The government led by President Ghani delivered one of its key promises in bringing peace to this country, which the former Karzai administration failed to do so in its fourteen years of governance. The four decades of long war have destroyed the entire country, and the people have not breathed peace since. When the leaders of HIA are also willing to have diplomatic negotiations, it will give a clear picture of a great opportunity for peace. This is especially vital at a time when neighboring countries are no longer interested in the establishment of peace for Afghanistan. It is necessary for Afghans to recognize other Afghans and remove political misinterpretation for the sake of peace.

Bringing HIA to the political arena of Afghanistan is important to restoring the country’s political balance, and reducing violence across the country. By the same token, it will also encourage the Taliban to join the peace talks.

Aziz Amin Ahmadzai writes on political, security and social issues in South, West and Central Asia. He is based in Kabul and tweets at @azizamin786.