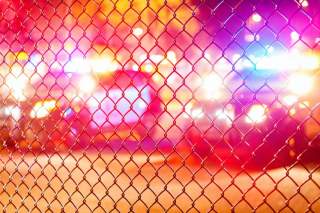 Sunday night’s shooting at a gay nightclub in Orlando, Florida by a young ISIS sympathizer highlights a growing tension in the West. Can open societies have open borders? Is mass immigration a threat to liberty? The fashionable answer has been no—indeed, many liberals argue that a truly open society includes a rich exchange of cultures, sustained by mass immigration, while many libertarians suggest that a truly open society won’t restrict the free flow of labor and people over its borders. Yet both the liberal view and the libertarian view have been running into trouble.

The Orlando shooting is a particular challenge to liberals. A vision of society in which individuals are liberated from identity-based hindrances must now reckon with a shooter who, because of who he is (a radical Islamist), killed people because of who they are (gays). And this is not an isolated incident. European Jews have been attacked because they are Jews in places like a kosher market in France or a Jewish museum in Belgium. European women have been harassed, denigrated and sexually assaulted in public because they are women.

Innocent citizens in places like France and Spain have been murdered in the streets or on trains because they are French or Spanish and the attackers were unhappy with French and Spanish foreign policies. A British soldier was beheaded in broad daylight in his own country because he was a British soldier. American military personnel manning a recruiting station in Chattanooga were killed because they were American military personnel. And in every case, the attacker’s motive stemmed from who he was, too: an Islamic extremist. And the presence of a meaningful number of Islamic extremists in non-Islamic countries can only be a product of sustained, large-scale immigration.

But the libertarian vision of society is also in question. The threat of public violence is, of course, a direct danger to liberty. If people cannot exercise their freedom of association by going to a nightclub or their freedom of religion by going to a synagogue or a store that sells kosher food because a mass murderer might kill them, their freedoms are diminished irrespective of the state’s guarantees. (And, of course, the dead have no freedom at all.)

Yet a society that allows itself to play host to large numbers of Islamic extremists faces a second, indirect threat to its liberty: the threat of the state’s response to terror. In response to the wave of terrorism in the last fifteen years, Western democracies—the world’s most open societies, with the strongest traditions of rule of law and civic rights—have initiated programs of mass surveillance, including warrantless wiretaps, secret court orders and broad National Security Letters. They have established zones of legal limbo, eroded habeas corpus, expanded the role of military courts, and engaged in torture. France declared an extended state of emergency, giving the police broad powers to search homes, detain citizens and restrict free assembly. Major cities, including Brussels and Boston, were effectively shut down for days while officials hunted for terror suspects. The San Bernardino attack saw new legal pressures against encryption (an important cybersecurity tool and, arguably, a check against government abuses) and the Constitutionally recognized right to bear arms; the Orlando shootings will probably continue these trends. And people certainly feel less free—who hasn’t joked that a Google search or remark on a telephone call “probably landed me on some sort of watchlist”?

Even if every single one of the actions above was a necessary and appropriate course of action, that does not change the fact that they represented a diminution of freedom. And for those, like the libertarians, who opposed these actions, well, they happened anyway, and they enjoyed widespread support from the public and from legislators. This is simply how we respond to terrorism, for good or for ill, and that terrorism, in turn, could not have happened here without mass immigration.

Because jihadism is unpopular with the majority of Muslims, the only way that the West could experience waves of Islamist violence is by the admission of large numbers of people from places with these cultural tendencies—by a system of mass immigration with no fundamental restrictions on where that mass immigration comes from. And all this comes as mass immigration is on track to get more massive; at current rates, within ten years the foreign-born share of the U.S. population will be larger than any other time in our history. It’s a similar story in Europe. If current trends continue, the West will only see more violence.

Yet in spite of mass immigration’s plainly negative consequences for our security and our freedom, there has been little meaningful opposition to it, especially in the United States. The Paris attacks saw a push for restrictions on U.S. visa waivers that would have done little to restrict entry from the relevant countries, while exposing dual-national Americans to the risk of retaliation. The nation’s immigration discussion has been sidetracked by illegal immigration, which is largely a separate problem; anti-illegal-immigration hardliners often assure the public that they favor lots of legal immigration.

Even Republican presumptive nominee Donald Trump promises only to “allow record immigration levels to subside to more moderate historical averages.” That half-measures like these are considered extreme only highlights how distorted our discourse on this subject has become; indeed, even Great Britain’s Prime Minister David Cameron is tougher than Trump, promising (but failing to deliver) annual immigration rates in the mere “tens of thousands.” And those are hardly radical proposals—even net zero immigration wouldn’t mean mass deportation or an end to diversity and multiculturalism.

There are many reasons our immigration policy doesn’t really change. Business interests that benefit from cheaper labor are one. One of the most important reasons is that so many people, particularly among liberals and libertarians, believe that open borders are necessary for an open society. But by definition, foreigners are not part of a society; failing to extend openness beyond a society does not mean that there is not openness within that society. (We can, to paraphrase Stalin, aspire to liberalism or libertarianism in one country.) Worse, the presence of large numbers of foreigners and the spread of a foreign ideology within our own society has clearly come to threaten its openness. We may be approaching a fork in the road, at which we will have to choose between remaining an open society and retaining our open borders. Our track record so far, and the feeble proposals that even our “toughest” leaders put forward, should not give the open society’s defenders much cause for optimism.