An Open Letter On U.S-Russian Relations 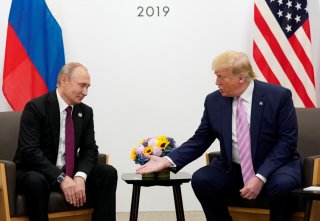 Is it time to rethink America’s Russia policy? So argues an open letter signed by numerous prominent American former statesmen, think-tank officials and scholars that appears in Politico. The letter contends that Washington’s relations with Moscow have reached a dead-end that is inimical to American national interests. The letter is careful to stipulate that Russia has worked to undermine America’s status as what it calls a “global leader” and that it has worked to interfere in our elections. But the signers also maintain that there is a path toward creating a more constructive relationship between Russia and America, one that should be embraced by both the White House and Congress. They point, for example, to the nuclear peril, noting that “while maintaining our defense, we should also engage Russia in a serious and sustained strategic dialogue that addresses the deeper sources of mistrust and hostility and at the same time focuses on the large and urgent security challenges facing both countries.” They conclude, “We must deal with Russia as it is, not as we wish it to be, fully utilizing our strengths but open to diplomacy.” For the full text, see this link.