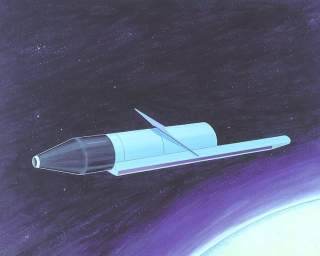 Lending credence to these pop culture tropes was a real-life Cold War incident involving crashing satellites, radioactive contamination and some of the worst weather on Earth. A near-disaster created a golden opportunity for nuclear incident response training, and still pays dividends today—while the source of the problem still lurks in our skies.

Both sides' satellites played crucial roles during the Soviet Navy's surge in strength in the 1970s. American satellites tracked Soviet naval deployments, while the Soviets returned the favor. Soviet high-powered low-orbit radar satellites, called RORSATS in the West, used small nuclear reactors to supply the radars' big power needs. The low orbits precluded solar panels, due to drag: even a wisp of atmosphere at those altitudes could pull the satellite down.

Soviet engineers designed the RORSATs to ascend to a higher orbit at their end of mission, and eject their reactor cores into a centuries-long "graveyard orbit." But not every maneuver went smoothly.

In late 1977, a Soviet RORSAT, designated Kosmos 954, began behaving erratically shortly after launch. Ground controllers struggled to control the spacecraft and the reactor-ejection maneuver failed. In December, the U.S. National Security Council (NSC) began planning for an uncontrolled re-entry. In January, Kosmos 954 lost all attitude control and began its descent.

The USSR remained tight-lipped throughout the crisis, but eventually confirmed the loss of Kosmos 954 and its on-board nuclear reactor. The Soviet Union assured the world that the falling spacecraft would burn up during re-entry. The U.S. took no chances and stood up a whole-of-government response.

The NSC brought together liaisons and experts from State, Defense, the CIA and the Department of Energy (DOE). DOE ran much of the search and processing through its Nuclear Emergency Support Team, or NEST. A quiet competence and a lively sense of humor helped the people involved achieve its goals under conditions as tough as the Martian desert. A solid working relationship between the Canadian and American teams also bolstered the effort. A computer contributed the operation's code name: MORNING LIGHT.

The nuclear emergency response system got its first real-world test—a tougher, more dangerous test than any drill. Kosmos 954's reactor core contained over 100 pounds of highly enriched uranium, formed into carbide BBs and encased in carbon disks like hockey pucks. Kosmos 954 ran its reactor for over for four months, generating fission products like plutonium, cesium and strontium. Should one of these fuel pucks arrive intact on Earth, its lethal radiation could kill from up to 1,000 feet away.

A glance at a map explained the fuss. Ground plots of the falling satellite's decaying orbit, made unpredictable by its breaking up and eroding, suggested two passes over the United States, including a terrifying footprint stretching from Tucson to Chicago. But those orbits also passed over most of the Earth's surface. That made planning difficult.

Jack Doyle, a long-time employee of defense contractor EG&G and now a retired docent at the National Atomic Testing Museum, joined other NEST members prepping for the falling RORSAT. "On the one hand, since the Earth's surface is 70 percent water, we hoped it would just fall into the sea,” he said. “But since we didn't know where it would come down, we had to be ready at a moment's notice either for tropical beaches or arctic tundra!"

Three C-141 aircraft carried most of NEST's gear to a Royal Canadian Air Force base in Edmonton, Alberta. Equipment included enough photographic processing tech to increase the base's photo lab size tenfold. Another base was set up in Yellowknife. The Canadians had good nuclear detection gear, but it was designed for aerial prospecting, not debris location. State-of-the-art American instruments rode aboard Canadian aircraft.

Other specialized gear included a super-high-resolution positioning system to locate the search precisely in time and space. NEST established a portable microwave beacon network used in earlier airborne nuclear detection operations that far outperformed LORAN and other existing positioning systems. If all this seems like a lot of work, consider that GPS, the Global Positioning System, didn't even exist for another decade.

Kosmos 954's debris field covered 15,000 square miles across the Northwest Territories from Great Slave Lake to Baker Lake. In minus-sixty-degree weather, search teams aboard helicopters flew out across the northern lands seeking out both chunks of Soviet hardware and the 10,000 people living in the debris field. It was so cold that instrument batteries had to be kept inside crew parkas, lest they lose charge in minutes.

Public relations proved to be a major challenge of Operation Morning Light. The U.S. government only informed select allied nations such of the dangerous re-entry and said nothing in detail to the media prior to the satellite's fall. There was no way to reliably warn populations in the footprint of the deadly spacecraft.

As the operation got underway, the public had to be informed since such a public event couldn't be covered up, but the message had to be managed. Much of this fell on NEST members and a talented artist on the crew, who prepared clear, engaging graphics for the daily briefings.

Search teams were under strict orders not to enter settlements or camps in HAZMAT "moon suits" or take actions that would otherwise alarm the locals. NEST members feared someone out in the woods might notice the falling objects, collect them and bring them back to their dwellings, thus spreading radioactive contamination. Recovered debris gave grounds for worry: one nickel-sized piece of nuclear fuel they found could have killed its holder within hours.

In one encounter a team of young adventurers out retracing an early pioneer wilderness route observed debris from Kosmos 954 land on a frozen lake near their camp. They explored the fallen debris and had to undergo decontamination when search teams picked them up. None suffered ill effects, and they continued their expedition after getting new moosehide to replace their contaminated boots, courtesy of the U.S. taxpayer.

Most encounters with the satellite's remains consisted of fishing out shrapnel-sized bits from ice and snow, tagging them and securing them in shielded containers. Nature herself swallowed a sizable amount of debris. Though the reactor core didn't survive its meteoric flight intact, a large scatter of its debris fell on the frozen surface of Great Slave Lake.

In January 1978, the Great Slave Lake, a huge body of water made famous by Ice Road Truckers, lay frozen four feet thick. Meteor-hot chunks of spacecraft entombed themselves in ice until the spring thaw, then fell to the lake bottom.

Morning Light team members ultimately concluded that they recovered 10 percent of Kosmos 954 and kept the environment and communities of the Northwest Territory out of nuclear danger. The recovered debris, in its many shielded containers, wound up in Canada's main defense nuclear lab.

The surviving components of Kosmos 954 recovered by Operation Morning Light allowed scientists and analysts within the intelligence community to reconstruct the Soviet designs quite accurately. Some results surprised them.

One large object, shaped like a domed trash can, gave off no radioactivity. Puzzled Americans and Canadians realized it was a klystron unit to drive the satellite's big radar—in effect, a giant vacuum tube. Splinters of white metal that popped and spat and melted holes in the snow turned out to have come from the reactor's neutron shield, made of pure lithium metal: an unexpected feature.

The international and interagency cooperation of Morning Light led to other such collaborations, notably the U.S. government's response to the nuclear accident at the Three Mile Island power plant in 1979. (Presumably, had aliens really landed at Devil's Tower, Wyoming, this tested emergency response team would have been on hand.)

The fall of Kosmos 954 had other ramifications. Canada sought compensation from the USSR under the 1972 Convention on International Liability for Damage Caused by Space Objects. The Soviets fought the claim but a precedent was established. Spacefaring nations are liable for damage done by their spacecraft.

For Russia, the inheritor of the Soviet Union's space assets and liabilities, the RORSATs remain a problem. Space debris experts have identified a belt of metal droplets orbiting the Earth, a metal fog of orbiting danger. These droplets are blobs of liquid metal coolant released when the RORSAT reactors were ejected. Earth orbit needs its own Operation Morning Light.