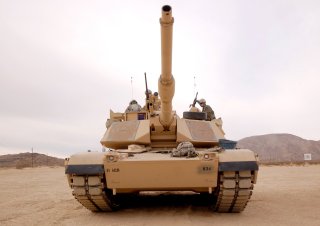 The economically interconnected and technologically interconnected world of the twenty-first century presents the United States with a novel set of national security risks for which it is not currently optimized to respond. Modern nation-states no longer rely solely on traditional means such as kinetic war and diplomacy to resolve their conflicts. In the Ukrainian conflict, for example, the United States and its allies employed a suite of alternatives including: sanctions, trade embargoes, technology export controls, and expulsion from the international banking system. Sophisticated adversaries will seek to harden themselves against similar future measures, but also explore how they might adopt and practice them against us. Whether the United States possesses the organizational capacity to proactively anticipate and defend itself against future adversarial economic statecraft efforts forms a fair question.

The Need for Comprehensive Defense

Aside from the specifics of the ongoing hostilities, modern nation-states, for example, China, increasingly chooses to pursue their geopolitical objectives by packaging economic statecraft and other tactics into a sophisticated suite of “competitive strategies.” Contemporary forms of competitive strategies target the social institutions, innovation ecosystem, cyberspace, and economic infrastructure of other nation-states. These competitive strategies pose real threats to our sovereignty, national security, and the values and belief systems upon which our nation is built. Modern competitive strategies thus hold the potential to be as consequential as kinetic warfare. For these reasons, the nation must organize itself to defend against them.

Access to technology coupled with the networked nature of modern societies and their economies makes many of these competitive strategies viable and readily pursuable. No longer does laying siege require physical access and geographic control. Conversely, singular reliance on diplomatic tools and kinetic force projection is no longer sufficient to combat them. Defending the United States against enemies foreign and domestic now means something much different than in previous eras. In today’s world, preserving American prosperity, freedoms, and influence requires that the U.S. government architect a comprehensive defense that integrates economic policy as a constituent component of national security policy.

A Whole of Government Approach, Not New Agencies or Programs

A whole of government approach is the only way to realize the policy formulation and coordination necessary to articulate and execute a comprehensive defense.

Unfortunately, many who write in support of this conclusion leave to the imagination the actual construction of a whole of government effort. Other authors argue that a whole of government approach to comprehensive defense requires new institutions or complete institutional reorganizations. More specifically, these authors advocate for: the reorganization of the DOD; the establishment of completely new government agencies; or the creation of additional programs or offices within existing agencies. Reorganizing the federal government in response to new threats and conditions is neither a new nor novel suggestion. For example, at the dawn of the Cold War, President Harry Truman asked Congress to reorganize the Department of War into the Department of Defense and create the U.S. Air Force. In 1986, the Goldwater–Nichols Act reorganized the reporting structure of the Joint Chiefs. More recently, President Donald Trump created the Space Force.

Despite such precedents, reorganizing the government or creating new agencies is not the optimum path to achieve the whole of government apparatus required for a comprehensive defense. Creating new agencies or programs typically occurs when Congress recognizes a need for specialized expertise. In the case of comprehensive defense, the specialized expertise in economics, industrial policy, technology policy, diplomacy, national security, and defense already exists within the government. That expertise is simply diffused across multiple existing agencies which also require that same expertise to perform their own tasking. New agencies or programs would simply duplicate existing capacity and capabilities.

Adding a new agency or program also does not produce efficiencies or facilitate coordination. Building new institutions as a response to emergent issues constitutes an “engineering approach” to government organizational design. Consequently, we already inherited from generations of prior leaders a sprawling government bureaucracy, with diffused responsibilities, occasionally conflicting agendas, and lacking in coordination and interconnections. The federal government likely reached the limits of the “engineering approach” long ago. The tactic resembles taking an old farmhouse with original plumbing and periodically remodeling and adding rooms without the benefit of an architect. The resulting house still functions, but with an inefficient layout and infrastructure from another era. Adding another new agency or program only compounds the problem.

In 2017, one study examined previous attempts by the federal government to coordinate national initiatives across multiple agencies. The resulting white paper on cross-agency collaboration documented the following best practices:

Clear authority. A statement from the White House outlining the effort and articulating the organizational composition with citation to the existing statutory authorities. Within individual agencies, formally communicating the agency’s participation to employees validates the effort and signals clear executive support.

Clear goals and objectives. Merely stating that agencies must coordinate with each other in a “whole of government” approach leaves the entire effort rudderless. Specific goals for comprehensive defense should be defined together with a time frame for progress against those goals. These goals should be documented in interagency agreements that not only describe each agency’s responsibility within the coordinated effort, but also function to couple goals to agency strategic plans. Interagency agreements additionally serve to provide continuity as personnel inevitably change over time. Agency agreements should articulate the agency role in a manner that stresses and delineates the agency specific contributions to and motivates the participation of agency personnel in comprehensive defense.

Delineation of the Activity and Authority Matrix. There must be an overall executive leader of the entire coordination effort as well as a designated lead agency for specific goals or tasks. The designated lead provides the program management for these individual initiatives and coordinates needed support tasking and information sharing with other agencies. Interagency agreements should document the generic program management function and supporting agency participation obligations. Prior multi-agency efforts stumbled without clear program management responsibilities and support obligations despite achieving consensus on an objective or effort.

Resources. The authority to act exists as only an empty promise without the means to execute. Personnel assigned to cross-coordination functions must not incur coordination roles as a mere collateral duty, but as an integral part of their job responsibilities. Personnel must also be granted access to their institution’s resources in support of these efforts. Previous coordination efforts stumbled over simple ministerial items like charge lines to attend cross-agency meetings. Shared agency or “cross-cut” budgets can be employed to distribute and align funding in accordance with agency level of effort (e.g., program management responsibilities); and to ensure collaboration teams have the means to execute on cross-agency initiatives.

Under the current and previous administrations, periodic cross-coordination meetings of senior agency officials do routinely occur. From anecdotal information, at these meetings, senior officials share their agency concerns and perspectives on a given issue and often reach consensus on a course of action. These coordination efforts nonetheless still fall short of synergistically marshaling action around a strategic plan for comprehensive defense. The extent to which these existing inter-agency collaboration efforts employ the best practices listed above additionally remains unclear.

In light of the above, we recommend the following methodology for achieving the whole of government coordination necessary to prosecute a comprehensive defense.

First, the comprehensive defense effort should be championed and chaired by the National Security Council, with the Department of Defense and the State Department as the lead coordinating and default program management agencies. Statutory authority exists for this construction, and it reflects the specialized expertise and uniquely assigned responsibilities of these two agencies to manage external relations and defend against external threats. When functioning in this capacity, we refer to the Departments of Defense and State, as the “Comprehensive Defense Lead Coordinating Agencies,” or CDLCA.

Surrounding the CDLCA is a formally designated team of cabinet and independent agencies with relevant expertise and capabilities. Modern-day geopolitical competitive strategies target and co-opt the nation’s innovation, communications, and economic infrastructure. Thus, agencies with domestic mandates such as: Treasury, Commerce, the National Science Foundation, Departments of Justice and Homeland Security, among others, now play significant roles in comprehensive defense. These agencies must be included in any inter-agency coordination scheme. We designate this team of supporting agencies as the “Comprehensive Defense Supporting Agencies,” or CDSA.

The CDSA group of agencies possesses unique expertise that routinely contributes to the understanding of comprehensive defense issues. Personnel from CDSA agencies may contribute their specialized expertise to support comprehensive defense initiatives led by other agencies, or to aid in a deeper understanding of issues. CDSA agencies may also, from time to time, be designated to serve in program management roles for specific comprehensive defense initiatives that focus on subject matter related to their agency expertise. The roles, funding mechanisms,  and responsibilities for program management should all be pre-defined and documented in inter-agency agreements.