Orlando: A New Stain on the Conscience of the Muslim World 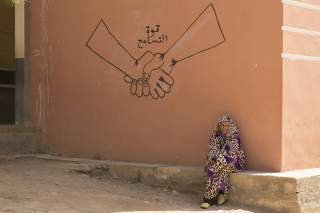 The murder of forty-nine and wounding of fifty-three at an Orlando, Florida night club last week is a new stain on the conscience of the Muslim world.

It has not been particularly common to say so since the tragedy. Condolences have poured in from around the world, including Muslim countries and their ambassadors to Washington. But they mostly avoided mention of religion at all—aside from the occasional, ritualized assertion that the killer had “nothing to do with Islam.” The fact that the killer, an American citizen of the Muslim faith and Afghani ethnic origin, claimed to have committed the attack in the name of ISIS has been well reported. So has the possible grand-jury indictment of his wife, also Muslim, on charges of knowing about his plans without alerting police—and perhaps even serving as an accomplice. But in American media coverage, there has been a tendency to deemphasize discussions of Islam per se, due to a combination of valid social concerns and competing political agendas.

Among the valid concerns is of course the safety and security of the American Muslim community. “Islamophobia,” at one time a politically loaded theory advanced by pressure groups, is now a social reality, provoked by international terrorism and stoked by domestic jingoism.

As to the competing political agendas, they include the rivalry in a presidential campaign, the debate over gun violence and gun ownership in the United States, and the historic struggle of the LGBT community to achieve their due civil rights and freedom from violence. The assailant, Omar Mateen, may well have been a closet homosexual suffering from that acute and dangerous form of homophobia which stems from self-loathing. And indeed, it would have been more difficult to carry out the attack had more stringent laws complicated the purchase of his weapons and munitions. His complex identity and motives speak to the complex pathology of terrorism, which always involves a mixture of personal, communal, political and ideological factors. The debate over gun laws speaks to a crucial aspect of the problem as well, which is the need to combat the means of perpetration.

And yet, religion—beyond even religious-political ideology—remains the only common denominator that has run through thousands of jihadist attacks across the world. In the long run, there will be no victory over terrorism until the extremist strain within Islam is rooted out. To praise Islam as purely a religion of peace in the face of this lethality is, in a way, the mirror image of the jihadists who advance their own essentialized gloss on Islam, ignoring all others. As the complexity of Omar Mateen is parsed and reparsed, day after day, the myriad problems within the Islamic faith must also be discussed. Nor is it adequate to say, as some prominent political voices have, that “There’s a problem we need to figure out.” We know enough about the problem to do more than only vaguely acknowledge it.

Islam is no less diverse and multifaceted than any other world religion. But across the Muslim world, young people’s experience of Islam is too often biased in favor of the most violent readings of the faith which do indeed have a pedigree dating back centuries. Courage is required to face up to this fact; to confront the vast and powerful machinery of indoctrination that reduces the faith to its worst elements; to promote Muslim openness and Muslim love for Jews and Christians everywhere; to acknowledge and accept the prevalence of alternative lifestyles and sexual identities, both among Muslims and in the broader population; and to promote a unity and tolerance within the faith that acknowledges the diversity of Islamic practice itself. Say what you will about the conflicting motivations of people who kill in the name of Islam; in the end, there is a wellspring of militarism within the religion to which they all attach themselves which does not have an equivalent among the other two monotheistic faiths as they are overwhelmingly practiced today.

This is a challenge and a call to action that should be heeded in the Middle East and North Africa—by governments, by religious leaderships, by civil institutions, and by families and friends. My country, Morocco, provides an example of a coordinated, proactive effort along these lines that has been helpful in mitigating Islamic extremism domestically, in North Africa and the Sahel, and as far West as Europe. An Islamic satellite channel teaches tolerance and works to discredit the religion's militant strand, twenty-four hours a day. The country's Islamic affairs ministry augments this message by training Imams across Africa to preach it—an effort recently institutionalized in the Higher Council of the Mohammed VI Foundation for African Ulema. Such efforts, according to the king in a recent speech, "have nothing to do with transient circumstances or narrow, passing interests, [but are] rather in line with an integrated policy to promote constructive cooperation and respond to the requests from a number of sister African nations in the religious domain."

But the challenge to take these measures applies no less to the clerics and civil-rights advocates of American and European Muslim communities. Often, they too lend their voices to xenophobia and homophobia—a fact barely acknowledged today by pundits or civic actors. When voices of political, religious, and moral authority come together to meet this challenge, a generational process of Islamic reform can begin. Until that time, the discussion will continue to proceed aimlessly, obscurely, and to little purpose or effect.

Image: “A Moroccan woman rests by a sign reading ‘the power of reconciliation,’ May 18, 2015, in Larbaa Salhel, Morocco, during humanitarian/civic assistance operations as part of Exercise African Lion 15. U.S., Tunisian and Moroccan military medical and dental personnel are providing services to local Moroccans throughout the exercise to build partnerships between nations and with the local people. (U.S. Marine Corps photo by Cpl. Elizabeth A. Case)”