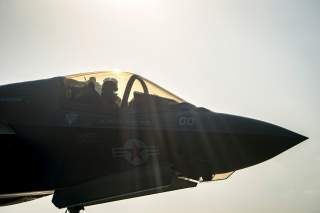 In 2019, countries around the world will commemorate the centenary of the Paris Peace Conference that produced the Treaty of Versailles. That agreement ended World War One, a brutal, unnecessary, and immensely consequential war, but neither the treaty nor the war drastically altered American foreign policy. America continued to invade its neighbors, repeatedly deploy troops to China, and oversee Pacific colonies.

Twenty years before the 1919 Paris Peace Conference, signed 120 years ago this week, there was another peace negotiation in Paris that did markedly change American foreign policy: the 1898 Treaty of Paris that ended the Spanish-American War.

America continues to feel the effects of the 1898 accord. It kicked off a century-long series of heavy-handed interventions in Central America. It normalized the promotion of democracy and humanitarianism through war. And it changed America’s relationship with the Pacific Ocean, thereafter seen as a vulnerability rather than as a source of security.

Yet this history has been forgotten by the American public. Between the top six newspapers by circulation, the 1898 Treaty of Paris has been mentioned just once in the last year.

In 1898, President William McKinley attacked Spanish territories to stabilize the Caribbean, to protect American property, and to support Cuban independence from the Spanish, who employed horrific tactics like re-concentration camps, rife with disease and starvation.

McKinley first struck the Philippines, where America smashed Spain’s fleet in Manila Bay. McKinley then turned his attention to Cuba where only a blockade had been in place. He ordered a ground assault in Santiago and the destruction of Spain’s Cape Verde squadron before moving on to Puerto Rico.

The war was one-sided. America was wealthy and closer to its home turf. Spain was poor and farther away. Combat lasted just four months. An armistice was signed in August of 1898, in which Spain agreed to leave Cuba and to cede Guam and Puerto Rico to America. The following Paris peace negotiations largely revolved around the fate of the Philippines, which McKinley demanded and Spain eventually gave up.

For $20 million, the American empire now stretched far into the Pacific to include an additional 7,500 islands with more than 8 million inhabitants.

Why don’t we remember this? Partly because it was a short, contained war that cost few American lives, and because it was overshadowed by the larger conflicts of the twentieth century.

But we have also forgotten it because America is bad at teaching its citizens embarrassing facts about U.S. history—it took Texas 164 years to acknowledge that slavery had a central role in the Civil War, and schoolbooks still gloss over America’s colonial imperialism. Following the Spanish-American War, America itself had re-concentration camps in the Philippines, where hundreds of thousands of Filipino civilians died from disease and starvation. The U.S. acquisition led to a similar number of civilian deaths from Hiroshima and Nagasaki combined.

It is tempting to dismiss all of this as the products of a bygone era. Why bother to revisit them?

Because the 1898 Treaty of Paris would go on to define America’s involvement outside of its own borders for decades to come. Context matters too: the 1890s was a time of protectionism, feminism, voter suppression in the South, and anti-immigration riots. Sound familiar? America even had a formal populist party, denoted by a “P” instead of a “D” or an “R.”

In 1898, McKinley alone decided to acquire the Philippines and fight a colonial war there. Congress did not direct the decision, and the public wasn’t given a choice. This act represented a watershed moment in American presidential influence over foreign policy, which has strengthened with time.

In the Trump era, the risks of an empowered executive are obvious. Anonymous New York Times op-eds aside, we should remember that in moments of acute political discord, presidents can more easily start wars and re-orient foreign policy with minimum accountability. Think war is unlikely with Iran or Venezuela? A minor instigation, a perceived slight, and all bets are off.

Additionally, and increasingly after 1898, involvement outside of U.S. borders often meant invasions of America’s neighbors. The Spanish-American War and the Treaty of Paris laid the groundwork for dozens of military interventions in Central America throughout the twentieth century. Many led to occupations which left host countries worse off than before. They became forcibly dependent on American trade and their ability to build local institutions was stifled.

Ignoring this collective history, especially when today’s U.S. leadership demonizes the people and the political climates of America’s neighbors is worrisome. Americans would do well to remember that America’s fraught relationship with Central America has a long tail.

As the United States confronts new challenges in the world, it is worth reflecting on old ones, even if they are 120 years old. After all, to avoid the mistakes of the past, America must remember them in the first place.

Aroop Mukharji is an Ernest May Fellow in History and Policy at the Belfer Center for Science and International Affairs at the Harvard Kennedy School.