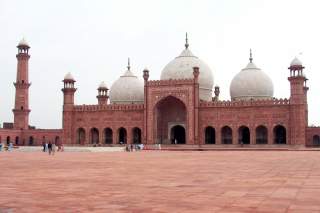 A court in Afghanistan recently sentenced eleven police officers to one-year jail terms for failing to stop a mob in March from lynching Farkhunda, a Kabul woman falsely accused of burning a Quran. Four men earlier had been convicted of and sentenced to death for her murder. If such justice is possible even in Afghanistan, hardly a bastion of protection for religious freedom and other human rights, why not in neighboring Pakistan? Why is there rarely any accountability in Pakistan for killing people accused of blasphemy? Why are law enforcement officials not held responsible for failing to apprehend the killers? And what, if anything, can the United States and the world community do about it?

We visited Pakistan in March as members of the United States Commission on International Religious Freedom (USCIRF). There we met with high-level officials including National Security Adviser Sartaj Aziz, the Minister of Interior Secretary, the Minister for Religious Affairs, and the Attorney General, as well as madrassa leaders and religious minorities. We repeatedly saw how, in a number of ways, Pakistan’s blasphemy law and related statutes remain a serious and growing problem, how religious minorities bear the brunt of it, and how the greatest casualty is Pakistan’s founding heritage of respect for religious freedom and diversity.

The blasphemy law on its face flatly violates both freedom of religion and freedom of expression. Worse still, Pakistan vigorously applies this law. Nearly forty Pakistanis are on death row or serving life sentences for blasphemy, a statistic unmatched anywhere in the world.  Moreover, the weight of this law falls disproportionately on members of religious minority communities, such as Christians, Hindus, Sikhs, and Ahmadis. For the Ahmadis, this law’s enforcement is on top of other prohibitions which severely restrict them from practicing their faith. In addition, enforcement of such laws emboldens religious extremist groups and their sympathizers to assault these minorities—as seen most recently when terrorists slaughtered Ismaili Muslims on a bus. And finally, Pakistan’s zealous enforcement of these laws is in contrast to the pronounced lack of zeal bringing to justice those responsible for such attacks.

Notably, when it comes to countering the violence, a strong Pakistani Supreme Court ruling in 2014 recognized that the state must do more. This far-ranging decision, which quoted the Quran and Alexis de Tocqueville, mandated the creation of a special police force to protect religious minorities and a national commission on minorities. However, this police force has yet to be created and the religious minority commission remains buried within the Ministry for Religious Affairs with no access to Pakistan’s prime minister.

Since returning home, we have reflected on the fact that Pakistan, like the United States, is a multi-ethnic and multi-religious nation. And as Pakistan’s prime minister has stated publicly, this diversity can be a strength if the nation treats minorities as citizens with equal rights. But the devastating attack by extremists on two churches in Lahore on the day we departed underscores our greatest concerns.

Consequently, we remain convinced that the State Department should designate Pakistan a “country of particular concern” for its continued record of failure in protecting religious freedom.  Such a designation would elevate the discussion between Washington and Islamabad by signaling serious concern about current conditions.

But the United States can also lend a hand, and we see opportunities for constructive engagement that empowers those working to protect Pakistan’s religious diversity and combat extremism. For instance, creating a new avenue for U.S.-Pakistani engagement would strengthen Pakistani institutions that seek to help religious minorities. Also, as USCIRF has recommended, the United States could direct its security assistance funds to help protect minority worship sites. And reforming Pakistan’s blasphemy law is both essential and possible, especially given the Punjab provincial government’s hopeful step to review twenty percent of the 262 cases of alleged blasphemous behavior.

The United States can help move Pakistan forward, but we needn’t do it alone: we can work with international partners to raise concerns in various settings and encourage Pakistan’s government to invite the UN Special Rapporteur on Freedom of Religion or Belief to visit Pakistan. Pakistan is a beautiful but complicated and, increasingly, dangerous country. With help from the United States and the world community, Pakistan must reverse its slide away from tolerance, and protect religious diversity and freedom.